A name that will be missed on the ski hills at the Winter Olympics is that of former gold medalist Bode Miller. However, the outspoken American will be in South Korea working as an analyst for US and European television. 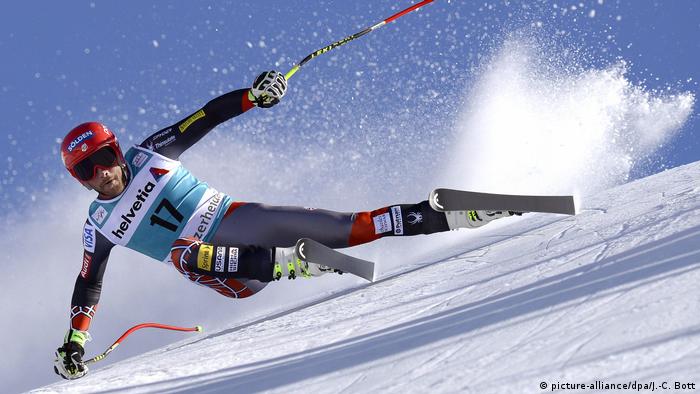 Bode Miller had long harbored hopes of competing in Pyeongchang, which would have been his sixth Winter Olympic Games, but last October he announced his retirement from skiing, just a few days shy of his 40th birthday.

With 33 World Cup wins, four Word Championship titles and six Olympic medals, the American was one of the greatest downhill racers in history. He is also the only skier to have recorded at least five wins in all five of the downhill disciplines.

And while this skiing legend will not be gracing the slopes in South Korea, he will be part of the Winter Games, working as an analyst for the US television broadcaster NBC as well as the pan-European television station Eurosport. Asked whether he had any concerns about traveling to the Korean Peninsula in light of the recent tensions between the West and North Korea over Pyongyang's nuclear and ballistic-missile program, Miller was unconcerned.

"The conflict doesn't worry me. And I think nobody really understands it, or even knows much about the ins and outs of relations between North and South Korea," he told DW in a recent interview at an event in northern Italy.

On the contrary, Miller said he thought the Winter Games could provide a major opportunity to decrease tensions in the region, as "it could bridge cultural gaps". And with the international focus on what is a spectacular location for the Olympics, Miller has no concerns about security.

"The Olympic compound is the safest place on the planet," he said.

One thing that has changed over the years is Miller's attitude towards doping. Just over a decade ago the American came out in favor of legalizing the use of performance-enhancing substances in downhill skiing. He argued that the use of EPO could actually make the sport safer for the athletes, because it would mean  they would have more energy left towards the end of races and, as such, would lead to fewer serious accidents. 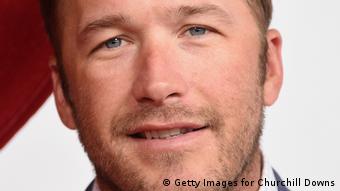 Bode Miller: Never one to mince his words

"Back then, I wanted to discuss what the reality is. I knew all about that, but I got slammed by the media for that," Miller said. "Doping has existed since the origin of sports. All I wanted to do was to start an honest discussion, Now the truth is coming out."

Miller describes the evidence of Russian  state-sponsored doping contained in the World Anti-Doping Agency (WADA)-commissioned reports of 2016 as a "disgrace". Even though the Court of Administation for Sport (CAS) has in the meantime lifted bans on some Russian athletes, Miller praised the efforts of the International Olympic Committee (IOC), which he had previously described as being nothing more than a "paper tiger".

"The IOC has finally shown that it has the guts to impose sanctions," Miller said. "Systematic doping must be penalized."

At the same time, he thinks that allowing some Russians to compete under a neutral flag is the right thing to do.

"It wouldn't be right to punish somebody who wasn't involved," he said.

A future in coaching not on the cards

As for Miller's future beyond the Olympic Games, one thing he has all but ruled out is going into coaching.

"I doubt it, because the role of the coach is similar to that of an athlete," he said. "You are constantly on the road, you can't have a proper family life. I have four children. My family is the most important thing to me."