Colombia's economy has improved over the past two decades, but the new middle class has only profited to a limited extent. Their social and economic situation is insecure. 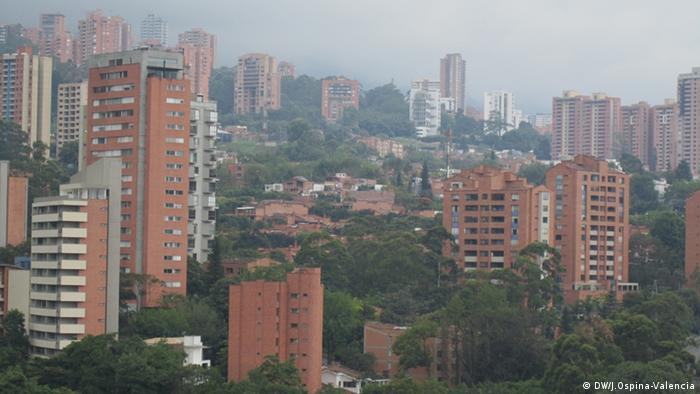 Colombia's middle class is growing. The World Bank estimates that the percentage of Columbians who count themselves middle class has risen to 28 from 15 percent over the past 10 years.

A study on social mobility in Colombia led by Alejandro Gaviria, former dean of the economics department at the University of the Andes in Bogota, found that around two million Colombian households moved out of poverty and into the middle class over the past decade, doubling the size of the middle class to 30 percent of the population.

Last year Colombia's economy grew by nearly 6 percent, and it's expected to grow by 5 percent in 2013. The statistics show that around 14 million Colombians belong to the middle class, nearly 17 million are poor and 1.4 million rich. 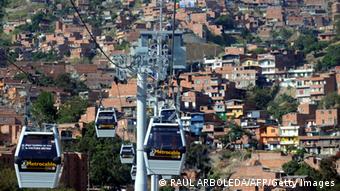 The definition of "middle class" is generally oriented on a country's economic and social conditions. The University of the Andes social mobility study considers people middle class who earn between $1,100 (811 euros) and $5,500 (4,065 euros) a month.

The parameters employed by the World Bank to identify the middle class include households with much lower incomes - between $10 and $50 per head and day. That includes employees earning between $300 and $1,500 monthly. Putting that in perspective it becomes apparent that there are huge social disparities within the middle class itself. Colombia's minimum wage has been set at $380 per month for 2013. It's worth noting that, on average, four people live from that minimum wage.

Some people speak of rich and poor, leaving out a middle class which finances its relatively luxurious lifestyle with loans.

"Even though incomes have increased, the real means of subsistence was strengthened by consumer loans, the volume of which has grown by more than one-third in recent years," says Gaviria.

Jose Antonio Ocampo of Columbia University in New York argues that the growth of the middle class in Colombia is stable: "It's a sustainable process. The problem is the definition of middle class, which includes households with relatively low income that face a greater risk of falling into poverty," he says.

In addition to the volatility of middle class status, in Colombia it is much smaller in comparison to other large Latin American economies. In Chile, for example, around 50 percent of the population belongs to the middle class, in Mexico around 40 percent.

Among the factors that threaten to destabilize the Colombian middle class, Gaviria counts the "susceptibility to crisis of an economy based on raw materials, an increasing tax burden, the growing dependency on oil and mining exports as well as a stricken manufacturing industry." 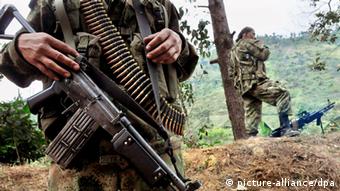 He points to the once venerable Colombian shoe industry as an example. In 1991, the branch boasted exports worth $30 million; nowadays exports have fallen to $1 million. The industry's decline has made a mark on the labor market, Gaviria adds, estimating that 50 to 60 percent of workers are employed in the informal sector.

Thanks to a combination of auspicious/favourable economic and socio-political conditions, the proportion of poor people in South America has continually fallen in the past decade. Although the conditions have been similar in Colombia, the numbers there aren't as good: While in Chile only 7 percent of the population is considered poor and in Mexico 17 percent, in Colombia 37 percent are living below the poverty line.

Colombia's deficits in fighting poverty and injustice are partly due to the armed conflict that has beleaguered the country for more than half a century. Above all, the civilian population suffers from the violence perpetrated by the drug mafia and the guerrilla. Many farmers have been driven from their land, and businesses have been ruined. The civil war inhibits investment and weakens the markets.

Even so, the middle class does shore up the economy, says Camilo Herrera, head of the Colombian think tank Raddar, which focuses on consumer research. "We owe a lot to the easier access to credit, the improvement of the health and education systems as well as the changes in structure of labor: In the 1950s the labor market was marked by unqualified farm workers. Today the construction industry offers employment and income opportunities in the cities."

'I consume, therefore I am'

"This class is also characterized by an explosion in consumption as soon as the lower income threshold to middle class is transcended," Gaviria says. His comment is borne out by the sales figures of one of Colombia's biggest retail chains for household appliances. The customers use around a quarter of their monthly expenses to buy durable goods. A year ago, that figure was 7 percent. 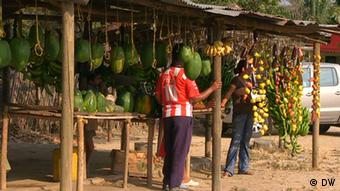 More than half of Colombians work in the informal sector

The modest economic improvements appear to have also reached those who must get by without a contract of employment or social welfare.

Mauricio Olivera, deputy minister for labor and pensions and an advisor for the Inter-American Development Bank, claims that "the real income of informal workers has increased by 27 percent, whereas the wage growth of formally employed workers is 6 percent." Still, the mid-range income of those in formal employment is double that of informal workers.

The poor in Colombia are increasingly being viewed as consumers. But the country is far from giving everyone in society the educational opportunities that would help them to spend their money wisely.

The long-awaited EU-Latin America Summit in Chile has come to an end. But despite the EU's hopes to finally sign a free trade agreement, little was achieved. Still, there were some small successes. (28.01.2013)

Over the past 15 years more than a billion people have escaped poverty. DW looks at the role the growing middle class plays around the world - and how it can contribute to political and societal change. (24.01.2013)

About five million people are on the run in Colombia. Many have lost everything, including family members and the land they called home. But the government has now promised it will make good on a 2012 restitution law. (20.01.2013)