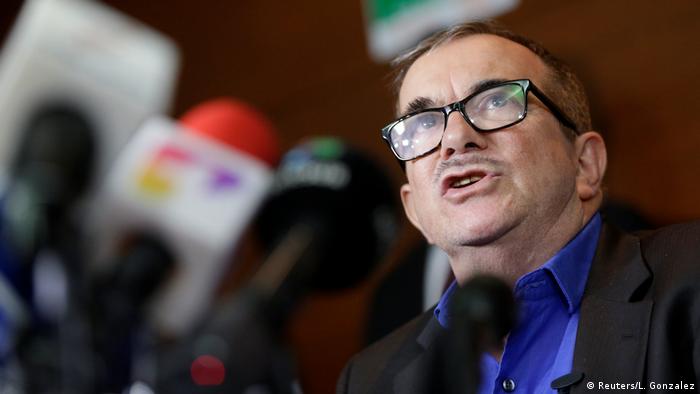 General Oscar Atehortua, director of the Latin American country's national police, said Sunday officers had killed two men who had plotted to take out Timochenko, a hit that had been ordered by commanders of dissident rebels who decided to return to conflict last year.

Police said an informant tipped them off with details of the plot that then led officers to intercepting and killing the pair of would-be assailants on a road between the Colombian regions of Quindio and Valle del Cauca.

Disagreements over peace accord

Timochenko, who was once tipped to become president, was the highest commander of the Revolutionary Armed Forces of Colombia (FARC) when an historic peace agreement was struck in late 2016. He currently heads the FARC political party.

The 2016 accord gave the FARC five seats in the Senate and five more in the House of Representatives, and   helped to 52 years of conflict.

"A terrorist attack which sought to kill Rodrigo Londono Echeverri, president of the FARC political party, was prevented," Atehortua said at a press conference.

He said the potential assailants would have received military instruction in Venezuela from Ivan Marquez and Hernan Dario Velasquez, also known as "El Paisa," two former FARC commanders who said last August that they would return to the armed struggle as they felt the peace deal was ineffective.

One of the attackers killed by police had belonged to a special government unit responsible for protecting state officials and former guerrilla leaders who now take part in political activities.

Why is Colombia's cocaine production so high?

Despite antinarcotics efforts backed by the United States and peace accord with FARC rebels, cocaine production reached record levels in 2017. The phenomenon could upend Colombia's push for lasting peace. (27.06.2019)

Authorities believe they have found the remains of 50 civilians who were executed and falsely identified as guerillas. About 5,000 cases have been linked to the military's "false positives" policy since the late 1980s. (15.12.2019)

Roughly 40,000 Colombians took to the streets to decry a wide range of grievances with right-wing President Ivan Duque. The third set of nationwide protests were largely peaceful. (05.12.2019)