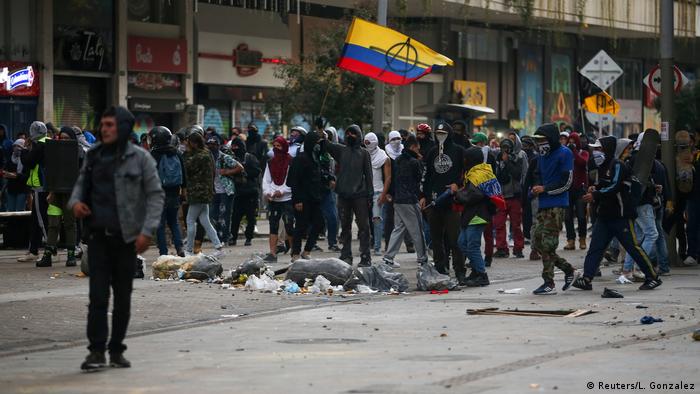 Anti-government protests that saw at least four people injured, three of which were police officers, returned to the streets of Colombia on Tuesday as riot police clashed with demonstrators.

Protests against President Ivan Duque's government first broke out in November last year in what began as a general strike but soon evolved into discontent over Duque's economic reforms, a lack of jobs, corruption and drug-related violence.

Bogota City Hall reported up to 20 demonstrations across the capital on Tuesday, most of which were described as peaceful, though at two, riot police clashed with "violent hooded men."

The mayor of Bogota, Claudia Lopez, who took office on January 1, has set up a protocol to try to prevent clashes during demonstrations. Four people have died and roughly 500 have been injured since they began on November 21.

Demonstrators want Duque to abolish the ESMAD riot police, an organization heavily criticized for its aggressive response to the protests.

Duque, who has been in power since August 2018, has given in to some of the demands on tax reform, confirming the refund of Value Added Tax to the poorest 20% of the population and benefits for companies that employ younger staff. 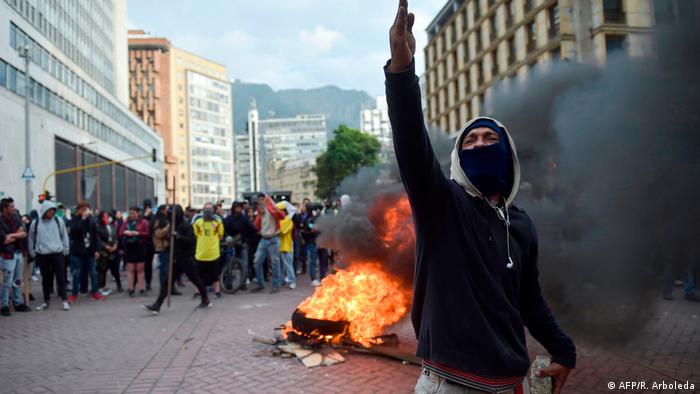 The president defended, though, what he described as "a national conversation" with various sectors in order to solve the deadlock.

"We want to listen to all sectors so that we can move on to making proposals, where we can solve many of the country's needs that have emerged from years ago," the 43-year-old president said.

US Secretary of State Mike Pompeo has said Washington plans to do more to support Venezuelan opposition leader Juan Guaido. Guaido, who was defying a travel plan to speak in Colombia, plans to travel on to Europe. (20.01.2020)

Authorities believe they have found the remains of 50 civilians who were executed and falsely identified as guerillas. About 5,000 cases have been linked to the military's "false positives" policy since the late 1980s. (15.12.2019)

The fatal shooting of a French engineer in Bogota was an "assassination," police claim. The victim worked for the French aerospace company Thales, which is among exhibitors attending Colombia's Expodefensa trade fair. (03.12.2019)

Bogota gets its first woman mayor