Colombia has withdrawn from the South American organization set up by the late Venezuelan leader Hugo Chavez in 2008 to counter US influence. The bloc was the accomplice of a "dictatorship," the Colombian president said. 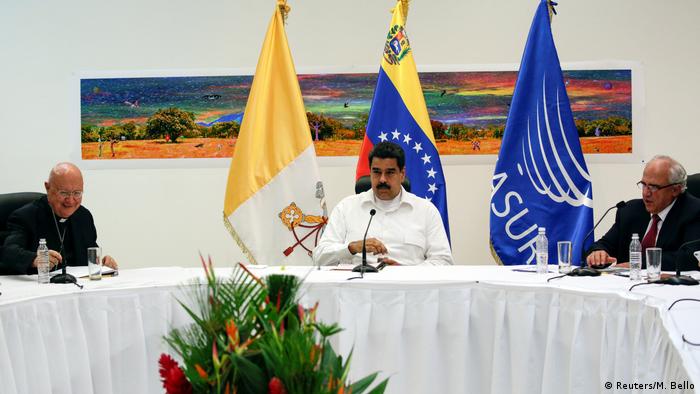 Colombian President Ivan Duque announced Monday that his country's departure from UNASUR would be completed in six months.

In a statement on the presidential website, Duque said: "Today with precise instructions, the foreign minister sent UNASUR the letter where we denounce the constituent treaty of that entity and in six months our withdrawal will be effective."

Duque follows other regional leaders from Argentina, Brazil, Chile, Peru and Paraguay who decided in April to temporarily suspend membership of the bloc.

The aim of UNASUR, promoted and co-founded by Venezuela's leader at the time Hugo Chavez, had been to oppose US interests and objectives in the region.

New man for the OAS

The Washington-based Organization of American States (OAS) has long been the US-preferred entity for regional political discussion and joint decision making.

Authoritarian and a radical Christian, Ordonez has been Public Minister, or Inspector General of Colombia since 2008. During that time, his office is reported to have fired hundreds of elected public officials and he strongly opposes the peace deal with Colombia's rebels.