Cologne is home to one of the largest and most active lesbian and gay communities in all of Germany. On Saturday, the city played host to thousands of visitors from around the world as the Gay Games opened in the city. The eighth quadrennial Gay Games kicked off in Cologne on Saturday with an opening ceremony attended by openly-gay German Foreign Minister Guido Westerwelle.

As patron of the games, Westerwelle gave the opening speech. "We do not ask for privilege, we ask for respect," he said during a ceremony that culminated in the Olympic-style lighting of the Gay Games flame.

The games are a week-long celebration with 35 different sporting events, ranging from track and field and swimming to chess and bridge. The event is expected to draw some 10,000 participants this year, from more than 70 different countries.

The comparison to the Olympics is common, but Kelly Stevens, officer of communications for the parent group Federation of Gay Games, said there are many important differences. 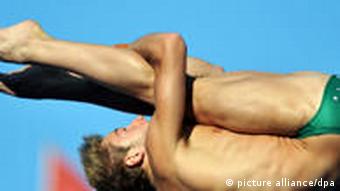 Diving is one of the most popular events

"We really do allow all levels of participation," he told reporters at a press conference in Cologne on Friday. "We categorize it by age or by level, and this allows beginners and really, really good athletes to participate against each other. And I think that makes us very different."

Stevens added that all people are welcome to participate in the games, and that many of the athletes and organizers are straight.

A place for inclusion

A common question people associated with the Gay Games often have to answer is why gay and lesbian athletes need their own, separate event when they are not specifically excluded from the Olympics, or other sporting events.

Matthew Mitcham, an openly gay Olympic-gold medalist in diving from Australia, said many young gays and lesbians might feel like there is no place for them in the sporting world. 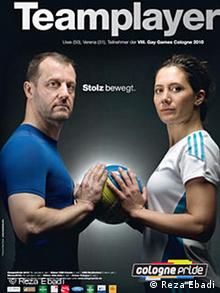 It's about more than competition

"There are a lot of sports that have this macho mentality, and a lot of gay and lesbian people might not feel comfortable in that kind of environment," he said. "I think the Gay Games is a great way for people to actually participate in sport where they might not normally have felt comfortable enough."

John Amaechi, a retired professional basketball player for the American NBA and official ambassador for this year's games, added that the assumption that gays and lesbians are not excluded from sports is entirely false.

"You look at the Olympics, that's an organization that we're supposed to believe is all about spreading peace and love," he said. "But we will have this coming Olympics in London, teams that are sent from countries that will have no women in them. So sport is not equal."

Not just for the athletes

While the Gay Games are primarily an event for the athletes, Kelly Stevens said some of the people who are most changed by participating in the events are actually the officials. 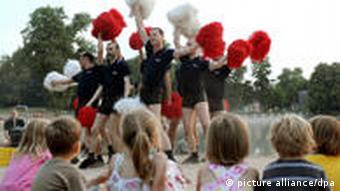 The cheerleaders have been practicing hard

"For many of them, it will be the first time they officiate an all-gay, lesbian sport event," he said. "And they gain respect for all of the athletes and participants. And maybe the next time they're officiating their own game in their own town and there's some sort of taunting or homophobic statement, they might be inclined to care."