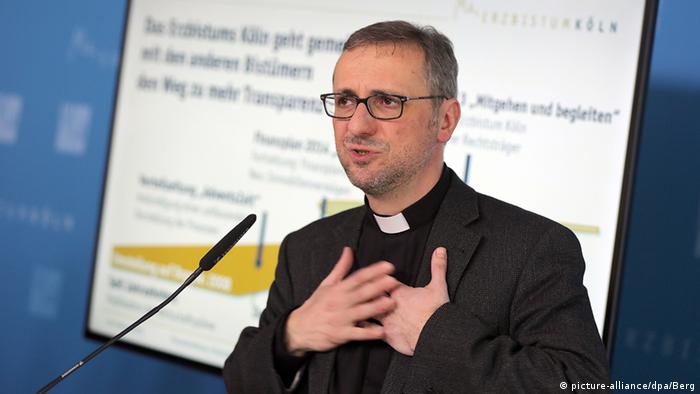 Cologne chief administrator Stefan Hesse presented the diocese's annual accounts for 2013 on Wednesday, saying church taxes had also been spent on non-Catholics to help refugees and the homeless.

The diocese's move follows recent calls for modesty and charity from Pope Francis.

General Vicar Hesse (pictured above) presented figures showing that 2.4 billion euros ($2.7 billion) of Cologne's assets were held in investments, including two locally-based housing companies owning a total of 24,000 apartments, some for middle and low-income earners.

Nearly 600 million euros had been set aside as reserves for the upkeep of 600 historic church buildings.

Cologne's largest source of annual revenue in 2013 was 573 million euros in church taxes collected from among the archdiocese's 2 million Catholics.

That tax revenue amounted to about two-thirds of the archdiocese's annual 811 million-euro budget.

Salary deductions from the pay packets of registered Catholics and Protestants is overseen by Germany's tax authorities under a long-standing arrangement between state and church. Rising tax takes in recent years have also meant more revenues for the churches. 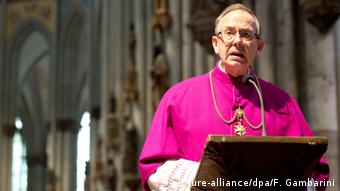 It sits on 27 small parcels of land each valued nominally at only one euro, making 27 euros in all.

Wednesday's accounts put the Dom chapter's own assets at 9.6 million euros. Of this, 5.4 million euros were held as investments, bank balances and real estate.

The Dom's own museum houses many treasures, including a 18-kilogram gold-embroided cloak, dating back to 1742.

The archdiocese' financial director, Hermann Josef Schon, was quoted by the German news agency DPA as saying that the cloak was not included in Wednesday's financial summary.

It had never been sold, said Schon, adding: "We are not art traders."

General Vicar Hesse, who is set to become Hamburg's next Catholic bishop, urged self-administrated organizations within Cologne's archdiocese, including its 550 parishes and charities such as Caritas, to lay open their own books.

The author of a recent book whose title translates as "Churches, Power and Money," Matthias Drobinski said the push for transparency with the Catholic Church would "take years."

"Much will remain controversial," he told DPA.

Last year, Franz-Peter Tebartz-van Elst, who became known internationally as the "bling bishop," resigned in disgrace for spending millions of euros to renovate the bishopric's resident in Limburg, a town north of Frankfurt.

His lavish lifestyle became an embarrassment for the local faithful and the Roman Catholic Church, which under Pope Francis has refocused attention on charity and the plight of the world's poor.