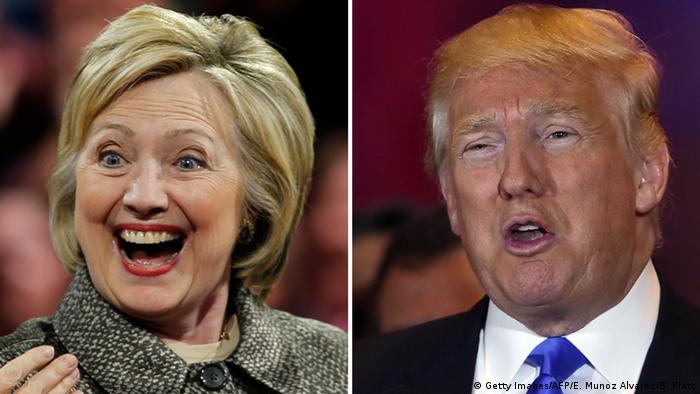 Clinton is already suiting up for a fight against the likely Republican nominee, Donald Trump, after he won a landslide victory in Indiana on Wednesday, forcing the other GOP candidates out of the race.

"He is a loose cannon, and loose cannons tend to misfire," Clinton said of Trump in an interview with CNN. "He makes these grand statements and grand accusations. At some point when you're running for president, you actually have to put a little meat on the bones. You've got to tell people what it is you're going to do and how you're going to do it."

The last of Trump's rivals to go was Ohio Governor John Kasich, who announced his decision to suspend his campaign in an emotional address in his home state on Wednesday evening.

Kasich's speech had followed a similar one by Texas Senator Ted Cruz, who dropped out of the race following his loss to Trump on Tuesday. Cruz had counted on winning Indiana in an effort halt Trump's seemingly unstoppable rise to the nomination.

The Democratic frontrunner also took to Twitter to urge supporters to donate in the wake of Trump's victory. Clinton, who lost her primary race in Indiana to rival Bernie Sanders, is nonetheless presenting herself as the clear alternative to the New York billionaire.

Meanwhile, Republicans were still coming to terms with the reality of a Trump candidacy. While some, such as Senate Majority Leader Mitch McConnell, have warily pledged their support for Trump, other influential conservatives have refused to rally behind him.

Mark Salter, famous as an adviser to John McCain during his failed bid for president in 2008, shocked many by bashing Trump for his embracing of conspiracy theories and saying he'd support Clinton.

Some conservative pundits, such as Philip Klein and Erick Erickson, said they wouldn't support Trump, either.

Not all Republicans are opposed to falling in line, however. Former Louisiana Governor Bobby Jindal, once a harsh critic of Trump, said he'd support the billionaire on Wednesday. Senator Susan Collins also said she'd throw her weight behind Trump, but he warned he'd "have to mend a lot of fences" first.

The Republican front-runner has scored another key victory over rival Ted Cruz, according to projections by US TV networks. Hillary Clinton and Bernie Sanders were reported to be too close to call in the Democratic vote. (04.05.2016)