Climate camp for awareness - and action | Environment| All topics from climate change to conservation | DW | 06.09.2013

Climate camp for awareness - and action

The German town of Manheim will soon be turned into a brown coal strip mine. About 700 European environmentalists have gathered at the site to share visions of a better world in a peaceful protest camp. 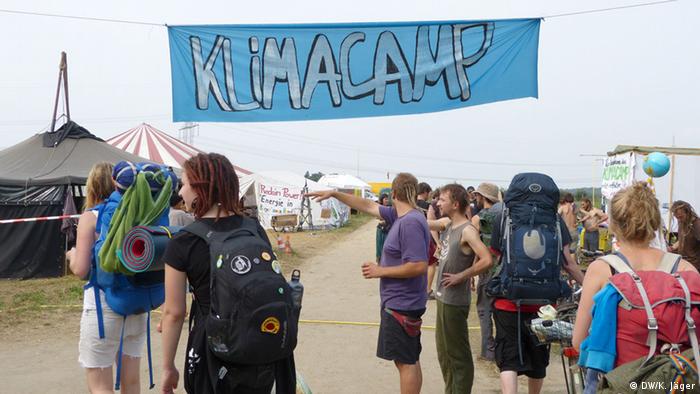 Franz Köhnlein sits smiling among many colorful tents, wearing a baseball cap emblazoned with the logo of Formula 1 legend Michael Schumacher. Köhnlein, who is 92 years old, is being forced to leave his home, as it will be torn down for coal mining excavations. It also looks like Schumacher, who grew up in the region, won't be returning.

As Manheim's oldest resident sits, young people around him chop up cucumbers and stir pots of soup - heated with solar energy. Others have gathered for discussion in large circus tents, or are relaxing in the meadow. Around 700 people from all over Europe have arrived to far western Germany in order to protest energy company RWE, and against policies that they consider environmentally destructive. Köhnlein said he's proud of the youths. 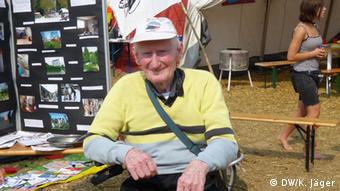 Manheim's oldest resident, Franz Köhnlein, is being forced from his home

RWE is extracting lignite coal in the region around Manheim, which will be combusted for energy production. Politicians in favor of the mining say coal is necessary in the eventual transition from nuclear power. Lignite, or brown, coal, continues to be the main energy source in Germany. And the transition away from nuclear is continuing: started in 2011, it is scheduled to be completed by 2022.

Köhlein is directly affected by the coal mining - he's being forced to move, even at his old age. RWE intends to excavate his village to get at the valuable coal underneath it. He doesn't know where he's going to go, although a new town of Manheim is under construction only a few kilometers away. His wife's grave, as well, will be relocated to another cemetery. "What am I supposed to do?" he asks in a powerful voice, shrugging his shoulders. 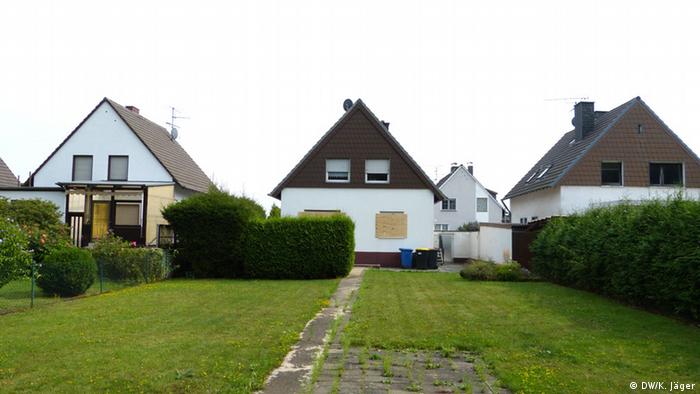 Windows boarded over, villagers gone: the town of Manheim

Köhlein has received money for the forced relocation, but is not sure what to do with it. He is really too old to rebuild in New Manheim, like other families. "My home is gone! We didn't defend it against the bandits from RWE and the state. What RWE is doing is a crime against humanity," he grumbled. "The young people are finally here, but they're 20 years too late."

Köhlein won't be able to stop the coal mining in his village. But the participants in the so-called climate camp think it's not too late to still protest. They're not deterred by the police, who regularly visit the camp - nor by the people in white vans, who are hired by RWE to photograph the campers.

Companies like RWE exist the world over - as do environmental problems and alternatives, said Tatiana from Serbia. She's studying ecology because she loves nature and wants to do something about pollution and waste. She's in Manheim in order to learn how to organize such a camp. 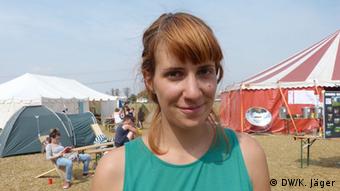 Tatiana wants to improve air quality in her native Serbia

Participants at the "Reclaim the Fields" protest camp hope to raise awareness about global warming. They are armed with knowledge and experience in their quest to seek out and promote environmental alternatives.

Henry from France said that industry, in its greed, is the cause of environmental calamity. In his native Nantes, he participated with others in occupying grounds in a ZAD (Zone à deféndre), at a location where a major European airport was supposed to be built. In this camp, he hopes to exchange ideas and discuss protest tactics.

Life without a refrigerator

All sorts of different people mingle together at the protest camp. Thomas, who is in mid-40s, rode here on his bicycle from Stuttgart. He's eager to share his experience living without a refrigerator or running water - he stores food in cool underground chambers.

Sebastian, who studies electrical engineering, spoke of studies claiming that within the next 20 years, the world's energy needs could be fulfilled by alternative sources. He believes that the economy can't continue to grow without end, and that there is a need for ideas on how people can get what they need to survive, regardless. 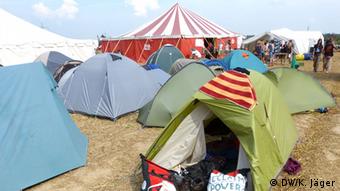 Andreas wants to become an environmental psychologist, to convey energy awareness to people. About a year ago, he said he happened to see a lignite coal mine in action: "I was shocked by the level of sheer destruction, the lengths people here go to digging up the land to get at the coal." He couldn't get the images out of his head. Since then, he's been involved in awareness and educational campaigns at his university, holding talks and showing films about pollution and climate protection.

This is the third such climate camp taking place in Manheim. Dorothee Heussermann, who helped organized the event, has attended every single one. "I wasn't so politically active. But at some point, I started to get concerned about climate change. I thought, it's not enough if I just read about it and try to consume less energy." In the Manheim region, the concrete consequences of exploiting the earth are visible, she added, and can be fought.

"We keep gaining more participants," Heussermann said happily. "We've founded a European network, and the camp is even being supported by an ecological youth initiative of the European Union." 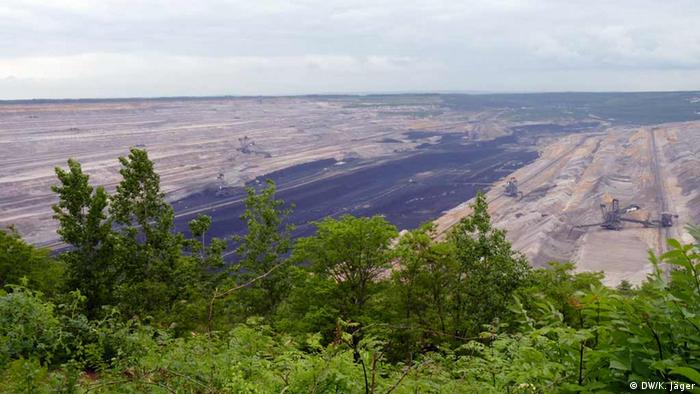 There are plenty of individual actions as part of the protests, Heussermann said ambiguously. They don't want to riot, rather protest peacefully, including with actions that could be "uncomfortable" for the police and RWE. Last year, about 80 activists blocked a rail line that was being used to transport coal.

A sense of momentum could be felt at some point in the afternoon. A group of people decided to go see the strip mine for themselves - so they could remember what they are fighting, and come up with ideas for actions similar to the rail line blockade. With such actions, they hope to make people more aware.

The excavation of lignite coal in Europe's largest reserves west of Cologne, Germany, is forcing many residents to move. The energy company RWE profits from the resettlement, but one man is fighting the inevitable. (04.06.2013)