Clearing the way ahead - landmines in Sudan

April 4 is UN Mines Awareness Day. Almost ten years after the end of a civil war that claimed the lives of two million people, Sudan is still battling to clear away a lethal legacy of anti-personnel mines. 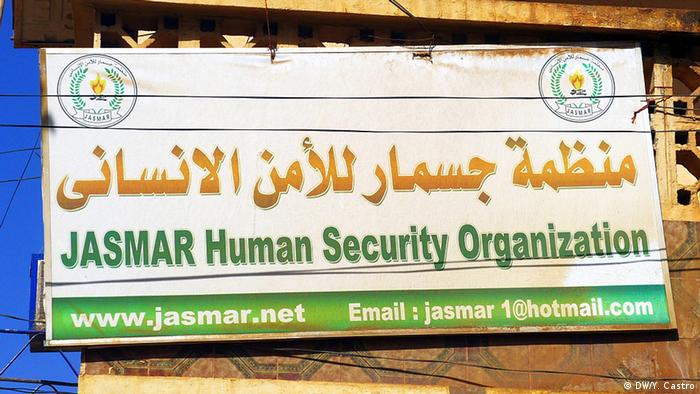 After more than 20 years of civil war and still facing significant internal conflicts, Sudan is one of the most heavily mined countries in the world, according to the International Campaign to Ban Landmines (ICBL). 10 out of the 17 Sudanese states are contaminated, with the regions of Blue Nile, South Kordofan and Eastern Sudan having the highest concentration of explosive remnants of war (ERW).

In Sudan, agriculture is the main source of income, providing employment for up to 80 percent of the population, so landmines scattered across the country are an obstacle to progress.

"The existence of landmines and ERW restricts the movement of people and cattle in rural areas and the use of the land itself. This has affected the economic development of Sudan" said Salah Bashasha, director of the National Mine Action Center (NMAC) in Khartoum, a government body which coordinates all mine clearance initiatives in Sudan.

But he insisted miner clearers were succeeding in their task and cited the Togan area in Eastern Sudan as an example. 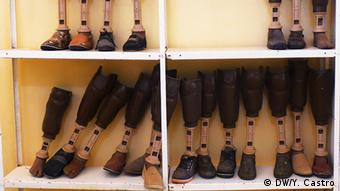 "The number of victims is underestimated in Sudan"

"We have recently finished the clearing process and released the land back to the communities. It is a big improvement for the people, not only from the economic side but also from the psychosocial aspect. They return to the rural areas, feel safer, more optimistic and go back to the traditional ways of working mainly in agriculture," he said.

NMAC works in close cooperation with local and international NGOs, as well as with UN agencies. Over the last 12 years, 90 million square meters of land have been cleared of mines and of other ERW with the support of the United Nations Mine Action Service (UNMAS).

With a further 35 million square meter yet to be cleared, Sudan has still a long way to go. The country, which became a state party to the Mine Ban Treaty in 2004, was expected to clear all anti-personnel mines from its territory by April 1, 2014. Because of the ongoing fighting in the South Kordofan and Blue Nile states between the Sudan People’s Liberation Movement (SPLM) and the Sudanese army, the government in Khartoum has obtained an extension of the deadline until 2019.

Despite the delay, Javed Habibulhaq, UN Senior Technical Advisor to the Mine Action Center, believes there are grounds for optimism. 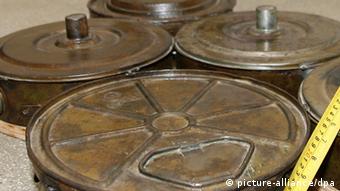 “2013 was a successful year for mine action in Sudan. 11 million of square meters of land were released, using the entire national capacity. Since the beginning of the program in 2002, 73 percent of the total contaminated areas have been cleared”.

He explained that the emphasis was now on Eastern state where an extra one and half years of work would be necessary before it was “completely cleared”.

Another leading local actor in the landmines sector is the Jasmar Human Security Organization. It was created 13 years ago by Hussein Elobeid and focuses on the social reintegration of ex-combatants and other ERW victims, as well as on people with disabilities. Jasmar is currently working in Blue Nile and Eastern Sudan. "The principal problem for the victims is the social gap and so it is important to develop economic projects for them" says Sami Ibrahim, the group’s executive director.

Other NGOs active in the field are the Japanese Association for Aid and Relief (AAR Japan) and the Sudanese Friends of Peace and Development (FPDO).

Mine clearance given priority over assistance for victims

Since the declaration of independence by South Sudan in 2011 and the subsequent conflict in South Kordofan and Blue Nile, NMAC has registered 313 victims in its database, of whom 262 were injured and 69 killed by landmines.

"The number of victims is underestimated in Sudan, due to the lack of accuracy in the collection of data. There are incidents that are never reported." Elobeid claimed.

Habibulhaq said that Sudanese efforts have been concentrating on mine clearing over the last decade rather than supporting Victim Assistance (VA) programs. 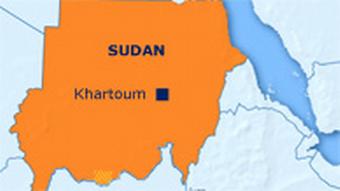 “VA as well as Mine Risk Education (MRE) are important pillars of mine action. But the country has been focusing on clearance, looking to get rid of mines and decrease the number of victims,” he explained.

The budget allocated both by the government and international donors decreased dramatically especially after 2011, when "lots of focus was given to South Sudan in terms of funding" explained Habibulhaq. NMAC has not received any VA support from the government since 2012.

The security situation in the Sudanese states of South Kordofan and Blue Nile remains unpredictable. But the next few months will be decisive for Sudan if it is to meet the new Mine Ban Treaty deadline. If security improves, mine clearing can go ahead. But that will require the support from donors and the international community., The mine action plan in Sudan needs between $3 million and $4 million to achieve clearance in Eastern state in 2014. A total of $30 million is required over the next three years.

Landmines continue to kill and maim people across the globe. DW takes an in-depth look at the issue, including the risks posed by unexploded ordnance and new methods of clearance. (04.04.2013)