Landmines continue to kill and maim people across the globe. DW takes an in-depth look at the issue, including the risks posed by unexploded ordnance and new methods of clearance. 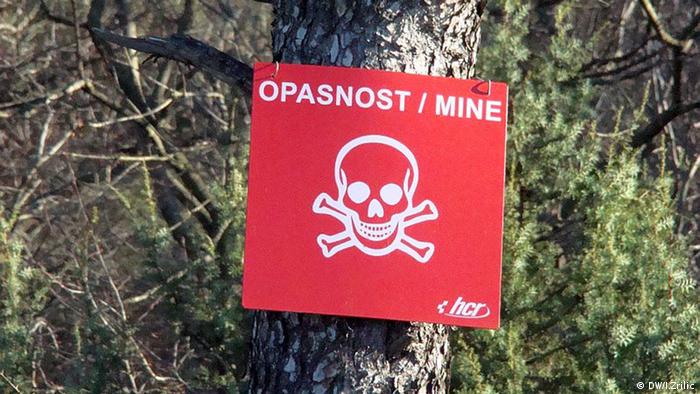 The United Nations estimates that 84 countries are affected by landmines and unexploded ordnance, which kill or maim between 15,000 and 20,000 adults and children annually. The UN has thus called for Mine Awareness Day, which has been observed every April 4 since 2006.

DW marks the day with special coverage on the issue of landmines, from Afghanistan to Angola, and including novel methods of clearing them, such as wind power and trained rats.

When Croatia joins the EU on July 1, there will be uncleared minefields on European soil. Some 680 square kilometers are filled with mines from the war in the early 1990s. The task of clearing them is a brutal one. (04.04.2013)

There are landmines hidden in nearly all of Afghanistan's provinces. Playing children are especially at risk of detonating the devices, which have already cost thousands of lives in the country. (04.04.2013)

Groups are asking the public to make a gesture for awareness of landmines, which continue to claim nearly 5,000 victims annually. Despite progress on a global ban, some countries continue to use landmines. (03.04.2012)

Long after a conflict is over, the danger of landmines remains, affecting more than 80 countries. Germany finances demining projects across the globe - it's painstaking and dangerous work. (03.04.2012)

Landmark vote on mines leads to rethink in Israel

A Landmark vote by the Israeli parliament has created legislation that will demine decades-old landmines in the Golan Heights. The estimated one million landmines have injured hundreds of civilians over the years. (04.04.2011)

Mine detector rats in Africa