Cleaning up Zimbabwe with a styrofoam ban

Styrofoam pollution is a serious problem in Zimbabwe. The government is set to ban the ubiquitous material for use in food containers and to promote greener alternatives. But not everyone is happy with the move. 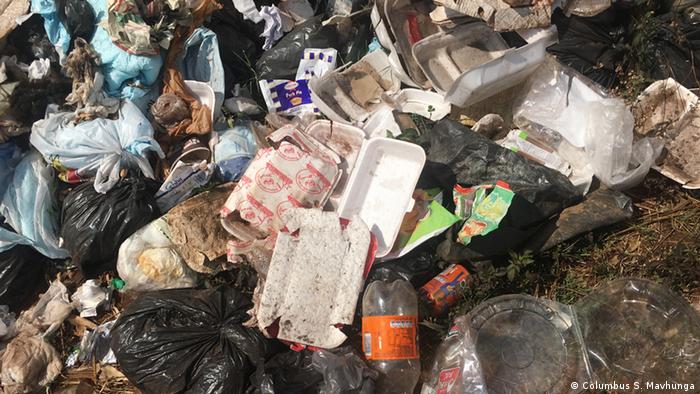 Zimbabwe's streets, rivers, drains and lakes are awash with discarded, non-recyclable Styrofoam food containers. A problem worsened by the failure of authorities to routinely collect garbage, Zimbabweans are often left with little choice but to dump the material where they see fit.

This environmental devastation is poised to change this month when Zimbabwe's Environment Management Agency (EMA) bans food containers made from Styrofoam, or kaylite as it is more widely known across the country.

"That is a starting point to fight litter in our country," EMA spokesman Steady Kangata told DW. "Come October 17, we are not going back."

The move was proposed in July, after the University of Zimbabwe in the capital Harare released findings outlining the dangers of kaylite. The ultra light-weight material is cheap but the environmental cost is great, it concluded.

Made from petroleum-based polystyrene beads, kaylite contains 57 toxic chemicals that become active when incinerated, contributing to air pollution and "ozone layer disruption," says the EMA. The material doesn't biodegrade, but breaks down into smaller pieces that enter waterways. Chemicals in kaylite food containers can also leach into food and water, according to the University of Zimbabwe's study. 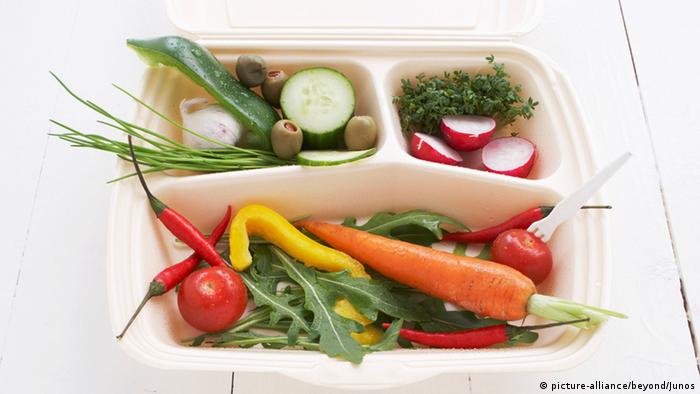 Environment Africa, a non-profit organization that calls for African solutions for the most pressing environment and development challenges, welcomed the policy.

"The menace of kaylite on the environment is shocking, so banning it is the way to go," said Sandra Gobvu, Environment Africa spokeswoman.

The NGO says it's encouraging businesses to be innovative and to start thinking about alternative environmentally-friendly packaging, such as paper or cardboard containers. But getting used to them will be a process.

"What I do not like about paper containers is that they do not keep the food warm for a long time. I still prefer kaylites," said Linda Kachiti, who is a frequent customer of one of the busiest food outlets in Harare's central business district.

But she, like everyone else across the country, will have to get used to the new regulations because once they officially take effect, the EMA says those found to be in breach could face fines of between $30 to $5,000 (25 and 4200 euros). The law targets importers, manufacturers, sellers and businesses that use kaylite containers to package food. 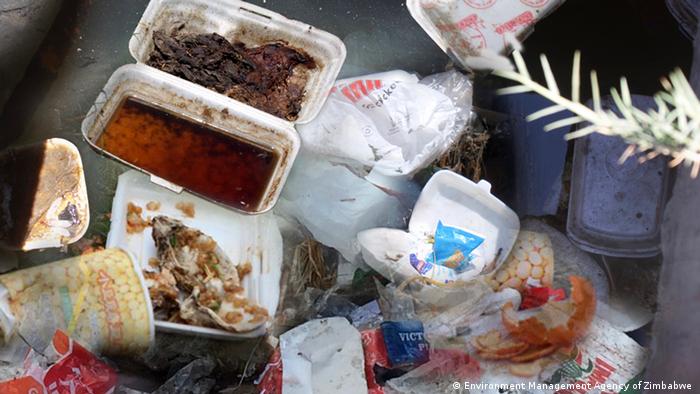 Kaylites litter most parts of Zimbabwe as authorities do not frequently collect refuse. That has resulted in water drains being blocked resulting in floods in some parts of the capital

Ketiwe Nyarunga, who runs a small food outlet in downtown Harare says he was about to run out of stocks of kaylite packaging when the pending switch was made. "We then made a decision to start preparing for the October deadline." Though now ready for the big day, he says "it comes at a cost."

Depending on whether you talk to the environmental agency or to business groups, immediate price hikes will fall somewhere between one and 10 percent. But the EMA is also advising vendors to encourage customers to sit in to eat, thereby avoiding packaging and any additional expense. It is all part of a wider campaign to fight litter.

The apparent speed at which the ban is being implemented also met with negative reactions. The EMA had initially ordered an immediate prohibition on kaylite, but following an outcry in the food and packaging sectors, agreed to grant a three-month reprieve to allow businesses to switch to more eco-friendly containers.

"The 90-day period is far better than the knee-jerk reaction we received from the government," Denford Mutashu, president of the Confederation of Zimbabwe Retailers told DW, adding that he would like to see it extended.

That though, seems highly unlikely. Not least, because those 90 days are by no means the full story. The EMA first introduced — but didn't enforce — the legislation in 2012.

"We wanted to give companies time to find alternatives," Kangata said. "We are very alive to the performance of the economy; so we did not want to rush to enforcing the law, but we expected them to be prepared for its enforcement." 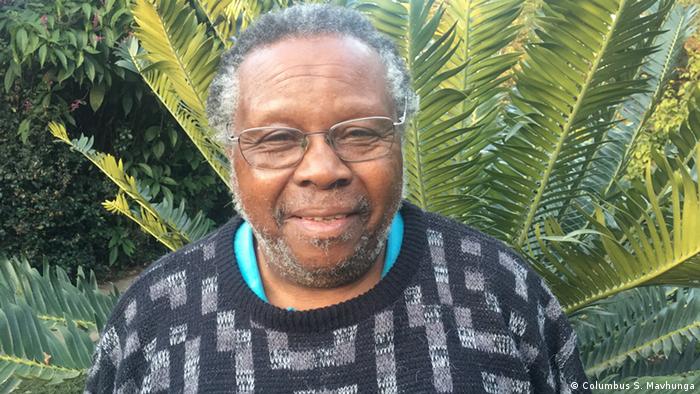 Zimbabwe isn't the first African country to take bold steps toward getting rid of plastic waste. In August, a ban on plastic carrier bags in Kenya came into force after years of delays. Anyone manufacturing or using plastic bags faces up to four years in jail.

Christopher Magadza, an environment studies professor at the University of Zimbabwe says his country should follow suit and extend its ban beyond kaylite containers.

"If you get to Rwanda airport, they will kindly ask for your plastic containers of your duty free drinks or stuff and give you a recyclable container," Magadza told DW, explaining that the country therefore has greater control over waste.

"There is no biodegradable plastic," said Magadza. "So when you think of plastics, think of polluted water or air. Dams, seas and oceans are full of plastics that contaminate aquatic animals and we eat some of them."