Each year, 6,500 girls in central London could undergo female genital mutilation. Now the city hopes to curb the practice by raising awareness through the integration of FGM education in secondary school curriculum. 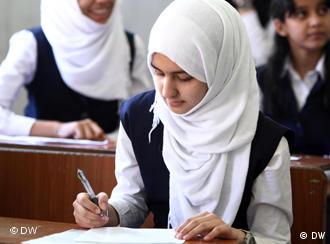 Although female genital mutilation (FGM) is most commonly performed in Africa, where some 30 countries have subjected approximately 92 million girls to this practice, it is also an issue in Western countries. Parents from immigrant communities in countries including Germany, France and the United Kingdom are taking their young daughters abroad to subject them to FGM. Anecdotal evidence also points to it taking place in large European centers like London.

The United Nations has declared FGM, the partial or total removal of the external female genitalia for non-medical reasons, a gross human rights violation on account of the horrific consequences it has on its victims. Consequences of FGM include chronic pelvic infections, prolonged bleeding, difficulty urinating and pain during sexual intercourse. Complications during childbirth and obstetric fistula as a result of prolonged labor due to FGM can also occur.

It is estimated that half a million girls and women in Europe are currently suffering with the lifelong consequences of FGM. Somalia-born Leyla Hussein, who now lives in London, is one of them. She endured FGM in her birth country at the age of seven. 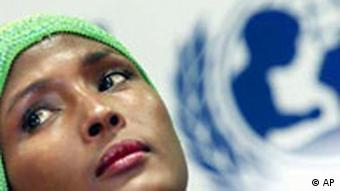 "All I could hear them say was, 'It's Leyla's turn, it's Leyla's turn.' And I just ran," she recalled. "They were chasing me for awhile before they could catch me. I could just hear this girl saying to me, 'We're just going to cut something off from your genitals, but it's going to make you perfect.' They said to me at the time that I wasn't going to feel it and that they were going to use anesthetic, but I felt every little thing that day."

It is estimated that some 20,000 girls in the UK could be subjected to FGM. Each year, 6,500 girls in central London alone could face FGM, making it the city with the highest number of girls at risk in Europe.

Fighting FGM in the classroom

Now London hopes to curb the practice by raising awareness through the integration of FGM education in secondary school curriculum. The London Metropolitan Police have teamed up with the agency Kids Taskforce and the local Lilian Baylis School to create a video featuring young girls learning about FGM's consequences through interviewing various authorities. The video is part of an FGM resource pack for teachers and students, and can be downloaded by schools using a password.

"I think it's absolutely vital that boys and girls know about this subject," said Detective Sergeant Vicky Washington from the London Metropolitan Police. "It may not be that they are at risk, but they could be exposed to someone who is. It's also about educating young people that this is happening and that it's child abuse and violence against women and has horrific debilitating effects, both short and long-term."

Lilian Baylis School, a multi-cultural secondary school in South London where 47 languages are spoken, will begin teaching lessons on FGM by this December. FGM, nonetheless, already has a presence at the school.

"Some of our girls have been victims of FGM and often we have to deal with the negative health aspects of FGM in this school," said deputy head teacher Elga Stuck. "During menstruation the girls might feel very faint. If they have to go the toilet during the lesson, it can be a very painful procedure and urinating might take them half an hour."

In addition to Lilian Baylis, so far roughly a dozen other schools have indicated an interest in tackling FGM in their lessons. It is up to the schools themselves to decide in which class they will teach the FGM curriculum, for instance as part of health education or a citizenship class. Although schools are under no obligation to include the topic in their curriculum, Stuck said she encourages them to do it because she already sees progress in raising FGM awareness at her own school.

"I've used the film for staff training sessions," said Stuck. "Teachers were incredibly taken aback. A lot of them didn't realize that FGM was happening here in Britain. They all felt, yes, it was something that was done to people in another country, but the fact that we have children in this school who have had FGM, I think shocked a lot of the teachers. The awareness is there now, and I think that's very important."

By tackling FGM in schools like Lilian Baylis, authorities said they hope to secure the UK's first conviction for this crime - something which has eluded them since the creation of the Female Genital Mutilation Act in 1985. But why has nabbing a conviction been so challenging? According to Washington from the London Metropolitan Police, the problem lies in the secretive nature of FGM.

"This is a hidden crime," she said. "It's performed by families who are loving, caring families. They're not your stereotypical child abusers. They think they're doing the right thing to their daughter. We're asking those families to come forward, and that is incredibly difficult."

The daughters' loyalty to their parents has also kept authorities from prosecuting FGM cases.

"These girls are very young," Washington said. "They don't know why they're going abroad. They think they're going for a celebration, a party. We're asking them to go against their parents, which is an extremely difficult thing to do." 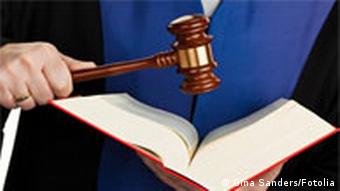 FGM carries a 14-year prison sentence in the UK, but there has yet to be a conviction

How successful the integration of FGM topics into school curriculum will prove to be in identifying FGM perpetrators remains to be seen, but there is another, more immediate, hurdle. Tackling the topic in a classroom setting may not sit well with some parents and could cause further hardships for certain children.

"Some parents agreed with the message of the film and some didn't because they might have come from the country where FGM is practiced," Stuck said.

"I'm not worried about tackling a controversial topic, but I also have to think about the children who come from the communities where FGM is practiced," she added. "What I don't want is children going up to other children and asking, 'Have you been cut?'"

Despite the sensitive nature of the topic, FGM survivor and activist Leyla Hussein urged schools to make use of the resource pack, which is now available to schools across the UK. She said she wants girls at risk of undergoing FGM to know that they have options.

"I know these girls will say, 'I'm going to let my family down,'" Hussein said. "But they're not going to let their family down by not having this done to them. They should go to the police, a school teacher, someone they can trust. In the long run they'll realize they've done the right thing."

International agencies have renewed their call for a complete end to female genital mutilation, which is now seen as a growing problem in Western countries. The plea coincides with a global day of zero tolerance. (06.02.2011)

The European Commission and NGOs are calling on EU member states to support victims living within their borders and protect girls who are at risk of undergoing a practice that violates numerous human rights. (25.11.2010)