Victims of genital mutilation fight for health coverage in Germany | Environment| All topics from climate change to conservation | DW | 01.09.2011

Doctors say insurance companies may refuse to cover the costs of reconstructing the external genitals because this is often mistaken for aesthetic surgery. 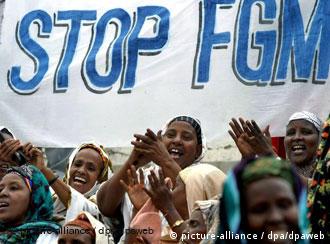 Are victims of genital mutilation getting the care they need?

Akuvi is busy preparing a meal in her kitchen in Berlin. She holds a baby, while cooking "begne," a specialty she often ate at home in Togo, where she was born. She has been living in Germany for many years.

Akuvi doesn't want to reveal her real name, because she is going to talk about what happened to her as a child. When she was a little girl, her external genitals were removed.

"When they cut you, it's extremely painful. You're bleeding, there's blood everywhere, not only on that very day. The bleeding can last for a week," Akuvi said.

"Some women die. And if not, the pain lasts for years. It actually never ends."

The World Health Organization has reported that more than 100 million women worldwide have been subjected to female genital mutilation. The procedure is carried out on another 3 million girls each year.

The mutilation of women's genitals involves partial or total removal of the female external genitalia for non-medical purposes.

The cutting of the clitoris, for instance, is sometimes followed by the sewing together of the labia. The procedure is meant to prevent sexual intercourse before marriage, or is sometimes linked to cultural ideas that girls become "clean" without these body parts. 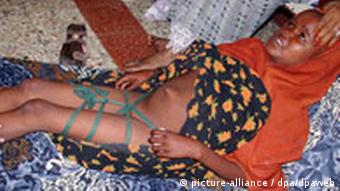 Millions of girls are subjected to genital mutilation each year

According to the World Health Organization, the practice is most prevalent in western, eastern, and north-eastern regions of Africa, some countries in Asia and the Middle East and among certain immigrant communities in North America and Europe.

In Akuvi's home country, Togo, genital mutilation was officially outlawed in 1998, and the government has made a series of efforts since to terminate the practice.

But for her it was too late. For many girls living in rural areas, as she did, the situation hasn't changed, despite high penalties imposed by the law. The UN's refugee agency says that one Togolese woman out of eight has undergone genital mutilation.

Akuvi said she was cut by her grandmother. It was the passing on of a tradition that applied to all girls in her family.

"They weren't even aware of what they were doing," Akuvi told Deutsche Welle. "They would organise real parties, rituals, for the cutting. Meanwhile, the girls were screaming so loud."

Despite this, Akuvi said, "the women were pleased to do it. They would tell us, 'Now you're a woman.'"

According to Terre des Femmes, a Berlin NGO supporting women's rights, there are more than 20,000 victims of female genital mutilation living in Germany. Most of the women are immigrants who had the procedure done in other countries. 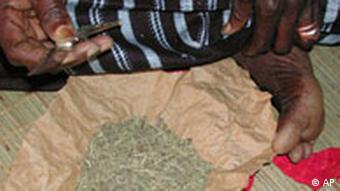 Senegalese woman displays herbs used for treatment after the procedure

The practice is illegal in Germany and considered a gross violation of human rights. But, while the country condemns the practice, Terre des Femmes President Irmingard Schewe-Gerick said insurance policies in Germany don’t cover all the costs for medical care needed by women who have undergone genital mutilation.

Victims, she said, get shuffled between doctors who don't know much about the consequences of genital mutilation, and insurance companies that refuse to bear the costs.

Schewe-Gerick and her organization protested in Berlin last week, appealing to the German Ministry of Health to include special coding for genital mutilation in health insurance policies.

Such a proposal is currently on the table, but must go through a complicated procedure in order to be added to the German version of the International Classification of Diseases catalogue.

Cristoph Zerm, a gynecologist and board member of the Development and Women's Health Council, which applied for recognition of the new category, said it is likely that the proposal will be approved.

But "the question of who will pay is by no means clarified," Zerm added.

The decision on whether to cover procedures related to female genital mutilation lies with insurance companies, which are required to pay for any medical treatment considered necessary.

Activists say insurance companies have refused to pay for victims' treatment. But according to Zerm, there are a lack of cases where this can be conclusively proven. Adding specific medical coding for treating the condition could help in gathering data on the issue, and in this way help address the problem.

Christiane Tennhardt, gynecologist and head of the "Balance" family planning center in Berlin, explained that insurance companies may refuse to cover the costs of reconstructing the external genitals because this is often mistaken for aesthetic surgery. 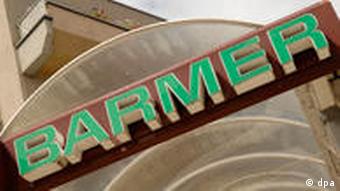 Kai Behrens, a spokesperson for German insurance company Barmer GEK, said he knows of no case in which Barmer has refused to pay for treatment for female genital mutilation victims, once established by a doctor as medically necessary.

Behrens added that he's not aware of any grievances over the issue. Under company policy, he explained, Barmer does not pay for any "cosmetic intervention into the genital region on aesthetic grounds." But he added that the improvement of codes relating to genital mutilation could improve transparency.

Reconstructive surgery is not the only medical treatment that victims of genital mutilation are seeking.

Tennhardt said victims often feel pain felt during sexual intercourse or when using the toilet, and experience complications during childbirth.

"We speak first, and then in the second session, we work with mirrors, so they can look," Tennhardt said.

She explained that clitorecthomy, where the clitoris has been cut out, is the most common form of female genital mutilation they see at the clinic.

In describing the treatments they provide, she said, "sometimes it's only an opening we have to do, sometimes it's a reconstruction operation." 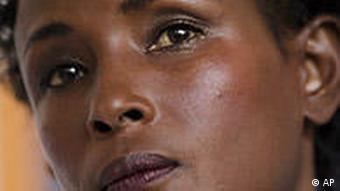 Terre des Femmes says the victims also need counselling to understand the full scope of what has been done to them – and that it is a violation of their human rights. Many of them have undergone the procedure as a result of social pressure from their communities and out of fear that they will be stigmatized or rejected if they do not follow the tradition.

Meanwhile, Akuvi has decided never to return to Togo. She said it is her wish is that a new generation women will go on to fight for change.

"We won't allow this to happen to our children,” she said.

International agencies have renewed their call for a complete end to female genital mutilation, which is now seen as a growing problem in Western countries. The plea coincides with a global day of zero tolerance. (06.02.2011)

The European Commission and NGOs are calling on EU member states to support victims living within their borders and protect girls who are at risk of undergoing a practice that violates numerous human rights. (25.11.2010)

The upper house of parliament has announced plans to impose strict punishment for genital mutilation of women. The Bundesrat also approved a bill to improve pensions of Stasi victims in the former East Germany. (13.02.2010)

Is overpopulation the main threat to the planet? No - it's overconsumption.

Is the CANZUK trade bloc Britain's attempt to usurp the EU?