Lawmakers plan new law and tough sentences for genital mutilation | Germany | News and in-depth reporting from Berlin and beyond | DW | 13.02.2010

The upper house of parliament has announced plans to impose strict punishment for genital mutilation of women. The Bundesrat also approved a bill to improve pensions of Stasi victims in the former East Germany. 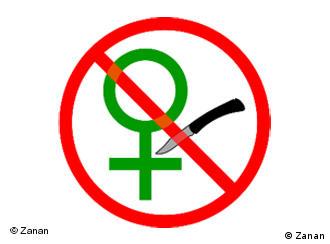 Up to 5,000 women in Germany are victims of genital mutilation

The upper house has decided that the practice should constitute a specific legal crime under German law.

Under current legislation, genital mutilation is merely classed as aggravated assault with a maximum prison sentence of six months. The Bundesrat now wants to raise that to a minimum of two years.

Thousands of women in Germany, most of them immigrants, have suffered genital mutilation, which is still an active ritual in some parts of Africa and, to a lesser extent, Asia and Latin America.

High numbers of victims meant that Germany had to take action said the justice minister for the state of Hesse, Joerg-Uwe Hahn. 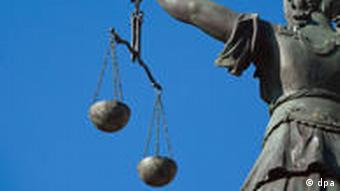 "The victims suffer all their lives from the physical and psychological effects of female genital mutilation," Hahn said.

The women's rights organization Terres des Femmes says some 20,000 cases of genital mutilation are known in Europe, with between 4,000 and 5,000 of these in Germany.

If written into law, the rules would also allow German prosecutors to punish genital mutilation abroad where the victim is a resident in Germany.

"The respect for foreign culture cannot mean that we here in Germany will allow physical and emotional injury to go unpunished," Hein said.

The Bundesrat has also repeated its commitment to make the arranging of forced marriages a criminal offense. The Bundestag has failed to make a decision on the issue in the past.

The Bundesrat, which represents Germany's state governments at federal level, also approved a bill that would improve pensions for Stasi victims with children. Under the plans, child benefits would no longer have to be declared as income.

Victims of the former East German regime and its secret police, the Stasi, who spent 6 months or more in prison as political prisoners, receive a so-called 'victim's pension'. This is means-tested and only applies to those on low incomes.

The new bill would allow those with children, who are just above the maximum earnings threshold, to qualify for the pension as well as the child benefits.

This latest amendment is designed to compensate those who suffered at the hands of the former East German political system. 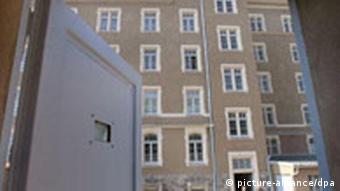 Meanwhile, those who have been convicted of serious crimes will not qualify for the 'victim's pension' at all.

Before it is passed, the bill now has to be approved by Germany's lower house in parliament, the Bundestag.

Also on Friday, the Bundesrat approved the government's budget for 2010. Finance minister Wolfgang Schaeuble's proposals allow for a record deficit of 85.8 billion euros.

The federal states that make up the Bundesrat agreed that the global economic crisis that led to a 5 percent drop in gross domestic product in Germany last year, makes taking on more debt inevitable.

But the state premiers have warned the government that their regional budgets cannot be subjected to anymore cuts. At the same time, they have asked the government to save 10 billion euros per year by 2016 - without the help of the regional governments.

Burkina Faso's constitution forbids any form of gender discrimination. It outlaws witch-hunts, forced marriages and female circumcision. But the reality is different. (10.12.2009)

All around the world, it happens every ten seconds: a girl is circumcised. In Sudan, until a few years ago, 98 percent of the country's women had had the painful cut. Finally, this tradition is beginning to crumble. (09.12.2009)

"Desert Flower," the best-selling book by former super model Waris Dirie, has been adapted for the big screen. German-US director Sherry Hormann hopes it will draw attention to the problem of female genital mutilation. (23.09.2009)