"Desert Flower," the best-selling book by former super model Waris Dirie, has been adapted for the big screen. German-US director Sherry Hormann hopes it will draw attention to the problem of female genital mutilation. 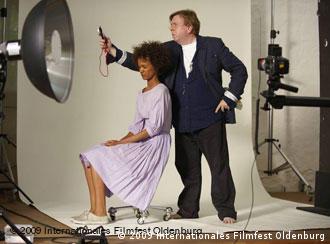 Dirie's rise from a nomadic life in Somalia to the top of the international modeling world is well known around the world. Her autobiography "Desert Flower" has sold more than 11 million copies worldwide since it was published in 1998.

Dirie was one of 12 children born to desert nomads in Somalia. She escaped from being sold into marriage for five camels at the age of 13 and ran away to London to work for an uncle. She taught herself to read and write and five years later got a big break as a model when a photographer spotted her at McDonald's.

Opening Thursday in German theaters, director Sherry Hormann's film is a homage to Dirie's tough spirit, which made it possible for her to survive tremendous odds. 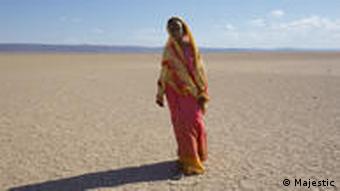 Dirie was born to a nomadic family in Somalia

It traces her death-defying journey through the Somali desert, as she flees from the prospect of marrying a 60-year-old man and makes it to the capital Mogadishu.

The film shows Dirie's move to London, where she cleans houses and struggles to survive. Dirie is played by the glamorous Ethiopian-born model Liya Kebede.

"What interested me in Waris' story is that she isn't a victim," the Berlin-based director told news agency dpa. "She takes action - till today."

Hormann, who is better known for romantic comedies such as "Women Are Simply Wonderful" and "Doubting Thomas," however, makes it clear that the central message of the rags-to-riches film is a serious one - that the practice of female genital mutilation continues to be widespread.

Dirie was five years old when she was forced to undergo the painful procedure. A scene in the film shows a crying girl held down while a woman cuts off parts of her genitals with a razor blade. The wound is then sewn up with a coarse thread, with a tiny hole left through which to urinate.

The World Health Organization estimates that at least 150 million women around the world are affected by genital mutilation - a practice meant to prevent women from experiencing sexual pleasure. 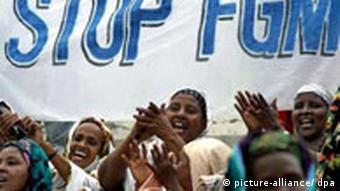 A "Stop Female Genital Mutilation" campaign gets underway in Somalia

"We want the film to at least reduce the unbelievably high number of women and girls threatened by or suffering from genital mutilation," Hormann said. "It's still carried out - even in countries that have officially banned the practice."

Hormann said she shot large parts of the film in Djibouti, home to a large Somali population. The director said the film crew faced a lot of hostility from the local population during the shooting and had to be provided with security personnel.

"The people hated us; they threw stones at us because we were white people who came and spoke about genital mutilation," Hormann told dpa. "And then when Waris turned up - that further provoked them."

A growing problem in Europe

Hormann said her main motivation for the film was to draw attention to a problem that no longer just existed in other parts of the world, but increasingly in Europe, too.

"Immigrants take this tradition (female genital mutilation) with them to their new homes. That's very unsettling," Hormann said. "That's why we hope that the film helps to raise awareness of the subject." 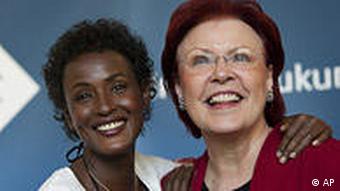 That's what Waris Dirie has been doing for more than a decade. The former supermodel is the UN's special ambassador for the elimination of female genital mutilation and has set up a foundation to raise public awareness about it.

"The world knows that these mutilations are wrong and still not much has happened. I don't understand why the world only looks on," Dirie said during a recent appearance at the Venice Film Festival.

The award-winning human rights campaigner said she was driven by one single thought: "Somewhere in the world, a girl is being mutilated right now and tomorrow that same fate awaits another girl."

Iran's Women's Museum has had a rocky ride since its conception last year. Its story of persecution and financial hardship proves that there is still a long way to go until men and women can enjoy equal status there. (21.09.2009)

UN report: not enough progress made on women's rights

The United Nations Population Fund has said culturally sensitive approaches could help alleviate undue suffering among women around the globe. But is culture itself, in many parts of the world, the real problem? (12.11.2008)