Citizen scientists and an app for Alzheimer′s disease | Science| In-depth reporting on science and technology | DW | 27.02.2019

Citizen scientists and an app for Alzheimer's disease 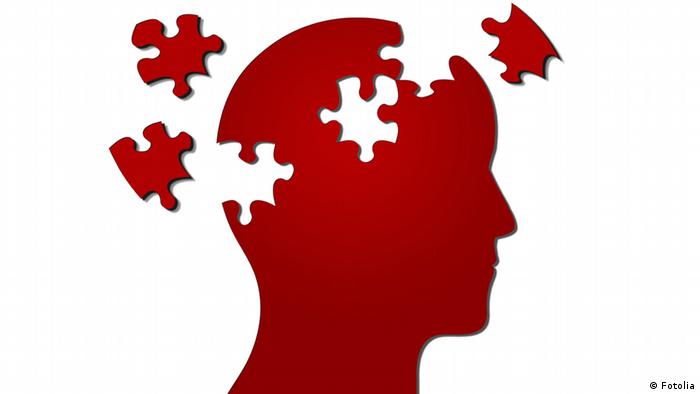 DW: Your company, neotiv, has developed an app to research neurodegenerative diseases in their early stages. You're also involved with the German Center for Neurodegenerative Diseases (DZNE). What's the aim of your app, and how does it work?

Professor Emrah Düzel: The aim is to improve the prevention of Alzheimer's disease in the future — that's our global aim. And one of the major hurdles there is that it's very difficult to diagnose, track, and monitor the disease. That makes it very difficult to recognize the early stages of the disease and start prevention in time.

The app is designed to track the cognitive performance of the participants — Alzheimer's patients and a control group — over a long period of time. Participants also have to answer questionnaires. And you're looking specifically at getting people, "citizen scientists" if you like, to track their cognitive performance, even when they've had a bad night's sleep, or they've got the flu. Why?

Well, first, we want [the app] to become a medical device at some point, one that has a strong basis in science, so that's why we have these ties to the German Center for Neurodegenerative Diseases. Then we also want to reach out to the public to inform and empower citizens, so that they know about the early aspects of Alzheimer's. And we want to empower science. One of the hardest aspects of Alzheimer's research is understanding the impact of intermittent health conditions on the main symptom of the disease, which is memory impairment.

There are so many intermittent and unpredictable health events that it's hard for science to know their effect. But you can't just have people come into a clinic when they've got flu.

How does your app compare to traditional cognitive performance tests, pen-and-paper tests, which, we've learnt, have issues, such as cultural biases or so-called learning effects, where if you know the test, you'll know how to answer, and that can skew the results?

Those existing tests were designed 30 or 40 years ago at a time when we didn't really know how the brain works. But now we have a very clear idea of where the disease starts in the brain and how it progresses. So we can design tests in such a way that they first address the brain areas that are affected initially, and then consider how the disease might progress. And that's what we've done.

We've also designed the tests so that they can be used in many different countries, so that they don't depend on a [person's language skills].

It's interesting to note that your project is not just German but European, with some of your team based in the UK. And I raise that fact because there's another company in the UK I've spoken to called Cognetivity — as you may be aware — who are also developing an app to track cognitive performance over many years before a full-blown memory loss happens. And their view is that a lot of the early symptoms arise in the visual cortex. Is that how you see it too?

Alzheimer's – the loss of memory and life

Alzheimer's – the loss of memory and life

So let me get this right: Cognetivity's app is also based on visual stimuli, on identifying particular images, such as animals, and doing that at speed. But you're saying that yours is a more complex approach. Is that correct?

Yes, that's correct. And our tests are validated with actual Alzheimer's patients, so we think we'll be able to see how their performance in a test relates to actual Alzheimer changes in the brain.

The idea is that our app will give general practitioners (GPs) and other health professionals, and scientists, a probability as to whether a person has a form of Alzheimer's in their brain.

People will surely gravitate to your app and others like it, including Cognetivity, in a hope to self-diagnose. And I know you've said before that Neotiv is not a self-diagnosis tool. But how should science and society manage that urge? Ultimately, these conditions require people who not only know the science, but also know the patients.

Well, right now, we're using citizen scientists, but we're not telling them anything about their potential state. So they're contributing to science, but we're not [diagnosing] them.

And in the near future we see our app being used by GPs. At some point, some form of self-diagnosis could come into play, because not everybody has the time to go to a GP, but that will take time. Some apps offer this already, but I find it problematic, because the first use and assessment of such an app should be done together with a GP.

Professor Emrah Düzel is a neurologist at the University of Magdeburg, and a co-founder and Chief Medical Officer at neotiv. He is also a spokesperson for the German Center for Neurodegenerative Diseases (DZNE).

Out of nowhere, a random odor can send you hurtling back to a childhood memory, and you won't know why. Smell is one of our most powerful senses, and it's powerfully under-researched. (19.11.2018)

Searching for treatment for Alzheimer's

Alzheimer's is the most common form of dementia. The symptoms first show up when the disease has already reached an unstoppable stage. Although no effective medication has been found, science has reason to be hopeful. (06.02.2012)