A circus elephant in Germany has run wild after escaping the circus and has killed a 65-year-old man on the streets of Buchen. The police are investigating whether someone let the elephant out of its tent. 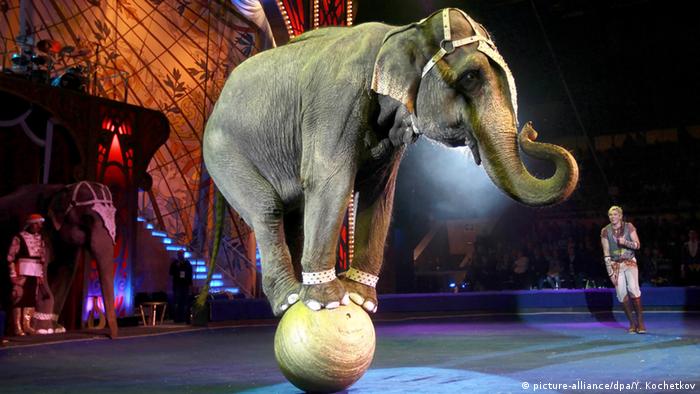 An elephant that escaped from a circus killed a 65-year-old man in southwestern German city of Buchen.

A nearby resident who observed the incident called the police.

The victim was on an early morning walk around 5:30 a.m. collecting bottles and cans, police said.

The man's wife went looking for him when he did not return from his walk at his usual time. She noticed several police cars near the circus tents and, when she got closer, she saw the body of her husband.

According to the German news agency, DPA, it remains unclear how the animal escaped its confines in the Luna Circus and what may have led to the man's death.

"The elephant cannot have let himself out. So the question is: Did someone let him out, or was the cage not properly locked?" a police spokesman told DPA.

Police said they were also investigating why the animal acted aggressively toward the man.

A circus employee was later able to calm the 34-year-old female elephant, called Baby, and return her to the tent.

Past record of aggression

According to media reports, Stefan Frank, the junior boss of the circus regularly took Baby for walks outside in the recent years. The animal was also said to have broken out many times.

It was not the first time that the elephant injured people. In September 2010, it catapulted a man into the air and badly injured him.

In October 2012, the elephant beat a 12-year-old boy with its trunk and broke his jaw.

The Circus Luna has come under criticism by the local veterinary office over alleged poor housing conditions. In March, the animal rights organization PETA accused the circus of housing an elephant in a truck which was not sufficiently heated.