Christo's back with 'Big Air Package'

Christo is back in Germany with an epic new installation at the Gasometer Oberhausen. The heavenly white air pocket and walk-in installation "Big Air Package" is the largest indoor sculpture ever created. 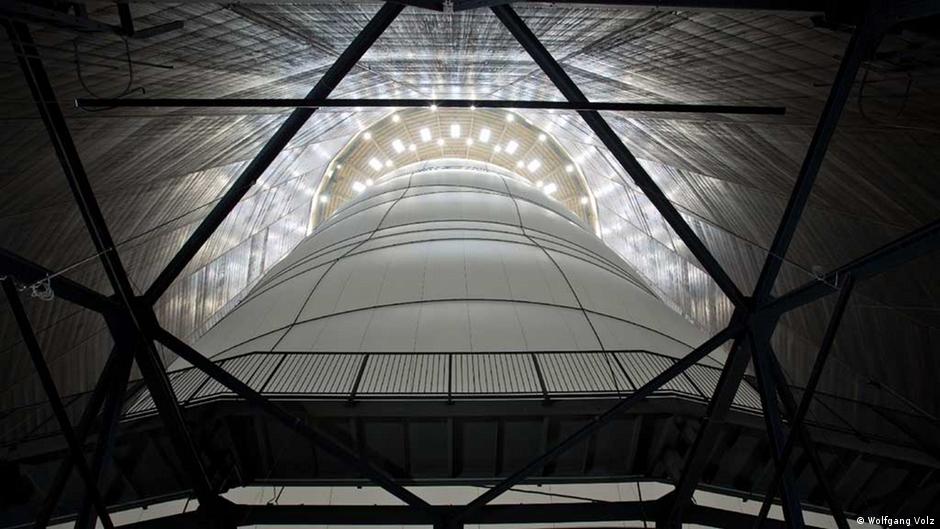 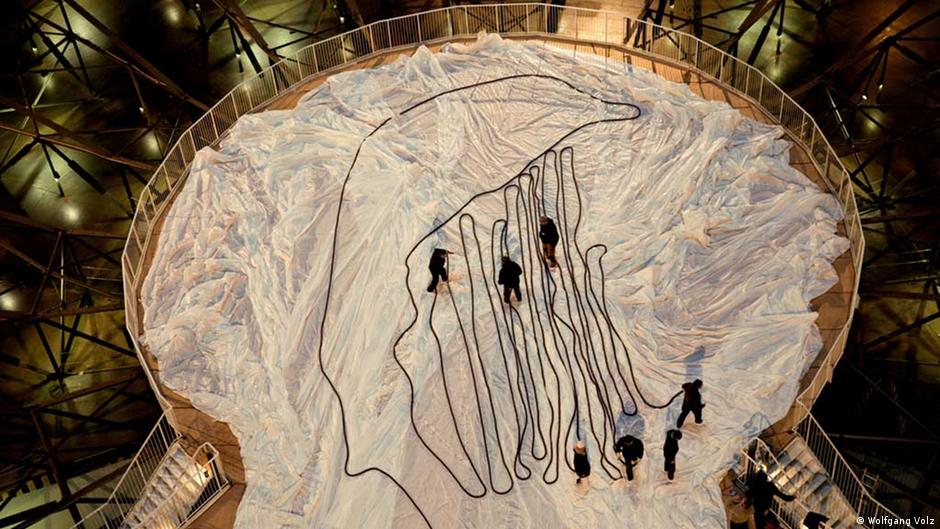 Workers securing the fabric dome appear Lilliputian; such is the monumental scale of Christo's design. "Big Air Package" is made from 20,000 square meters (215,000 square feet) of fabric and weighs in at 5.3 tons. Christo and Jeanne-Claude first had the idea for an air sculpture with their work "Air Package," produced for the documenta IV art exhibition in Kassel in 1968. 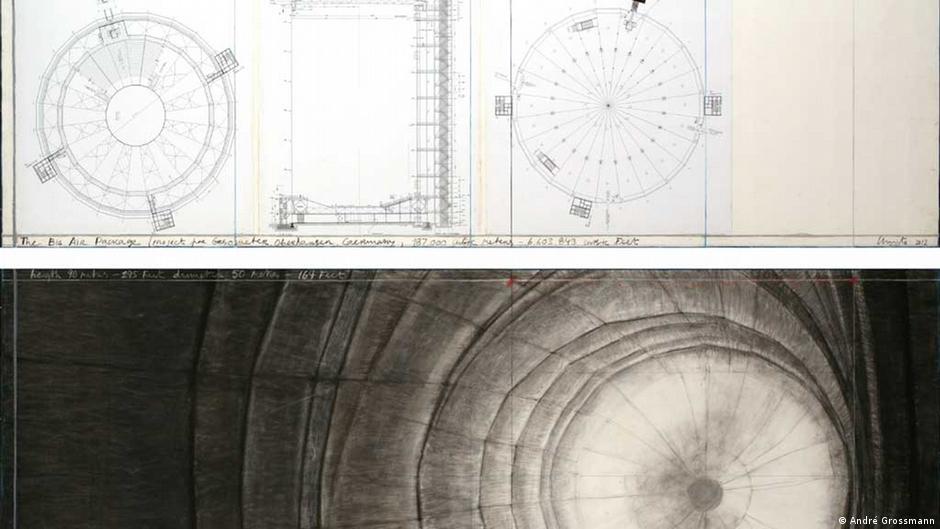 The sculpture was completed three weeks before the official unveiling on March 16. Christo said that he was "totally overwhelmed" by his own work. Photographer and project manager Wolfgang Volz has been working with Christo for 42 years. "It feels like being in a heavenly chamber," he told DW of his "Big Air Package" experience. 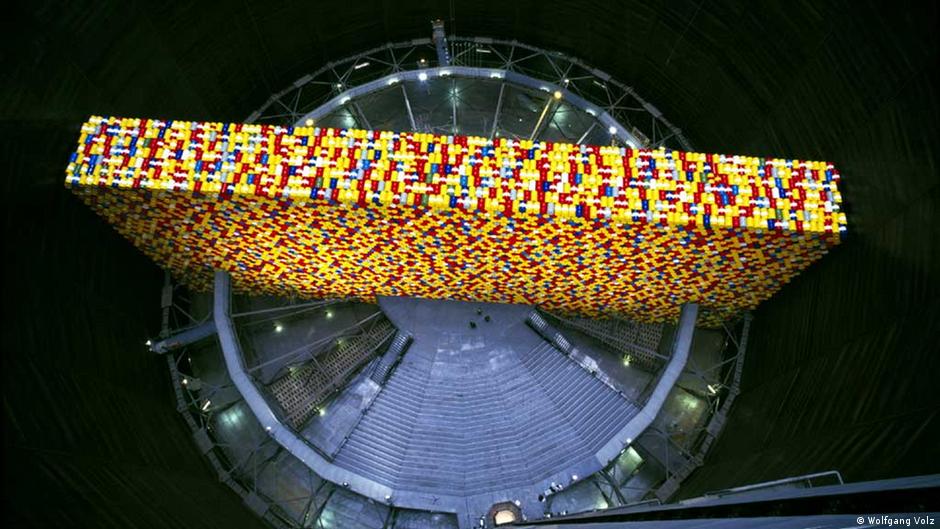 Christo and Jeanne-Claude were last in Oberhausen in 1999. Back then they created a sensation with "The Wall," a 26-meter-high wall made from 13,000 oil drums. "Art has to be useless," was the answer Christo gave a number of years ago when asked why his art is always so monumental in scale. 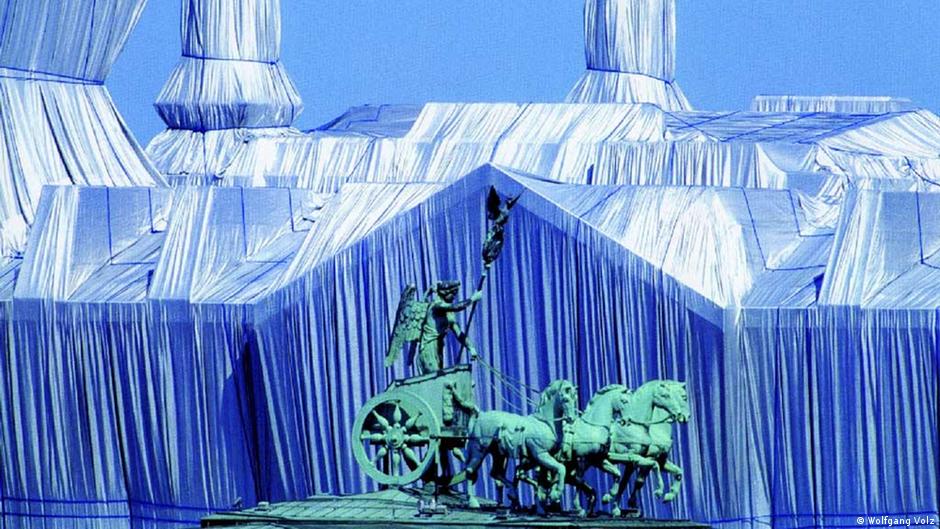 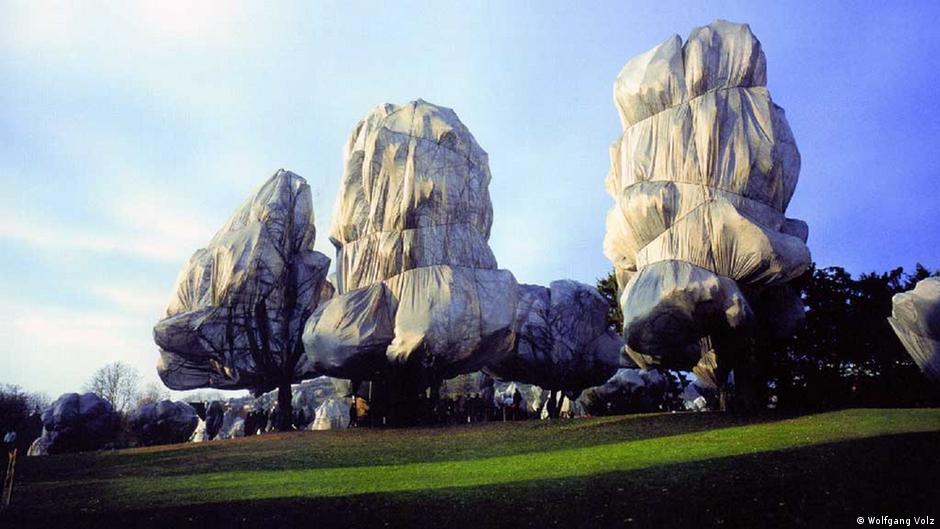 The art of Christo and Jeanne-Claude is always temporary. "The projects deal in large part with freedom," Christo explained. Artworks by the duo cannot be bought or owned. "The projects have a quality of fragility and tenderness, like our own lives or our own childhood. They cannot be substituted or repeated." "Wrapped Trees," pictured, was realized in Basel, Switzerland in 1998.

The end of Eurocentric art?

The idea that Europe is the center of the world, in culture as in politics, is an idea whose time has gone. But how global is today's art really? A new exhibition in Berlin explores that very question. (06.02.2013)

Corruption, censorship, blackmail and exploitation usually refer to the world of business, rather than culture. But the founders of the online platform Artleaks say it's time to break the silence. (25.01.2013)

Which building is home to the world's best collection of art? The Louvre in Paris? London's Tate Modern? The MOMA in New York? It might just be an unattractive warehouse in Geneva. (24.01.2013)