After a week of deadly attacks in the Central African Republic, UN chief Antonio Guterres has said the situation "is still fragile." The UN peacekeeping mission has warned assailants may return for another assault. 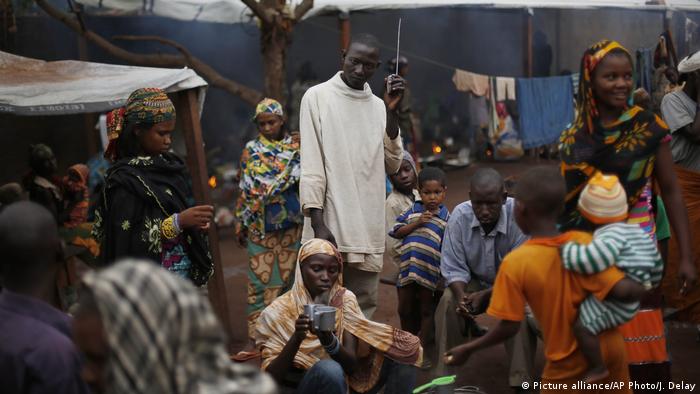 "It is too soon to give precise statistics on the number of dead following the violence but it is clear that we are looking at numbers that could easily reach 20 to 30," MINUSCA chief Parfait Onanga-Anyanga told Reuters news agency.

Over the past week the Christian militias have "attacked civilian populations, targeting in particular Muslims" during the assault in Bangassou, which borders the Democratic Republic of Congo (DRC), MINUSCA said.

In one attack that targeted a UN base, five peacekeepers were killed, including one from Morocco and four from Cambodia.

"The situation is extremely deplorable and we are doing everything to rapidly retake control of Bangassou," said the MINUSCA chief.

Despite international efforts to calm the situation in the landlocked African nation, ethnic and religiously motivated violence has continued to erupt over the past four years.

UN Secretary-General Antonio Guterres issued a statement condemning the attacks, saying he was "outraged" by the assault on the 13,000-strong UN mission.

"The recent incidents amply demonstrate that the situation in the Central African Republic is still fragile," Guterres said.

The Catholic Church in the Central African Republic has attempted to persuade the militias to end the assault and leave the town, according to Catholic charity organization Caritas.

However, UN officials have expressed concerns that the assailants will return to stage further attacks. "We don't think that this is over," said MINUSCA spokesman Herve Verhoosel.