Are literature and live music just banal trade goods? Germany's creatives are concerned that TTIP will knock culture off its pedestal of protection. Here, culture is carefully shielded from the winds of the market. 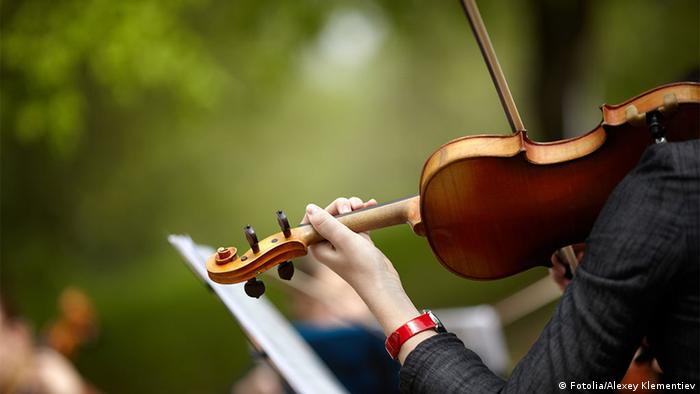 The oldest orchestra in Germany, the Staatsorchester Kassel, was founded in 1502 and has been publically financed ever since.

That was over a century before the "Mayflower" brought the early freedom-seeking pilgrims to North America to escape unfair treatment by the state and 274 years before the Declaration of Independence was signed, entrenching the right to "Life, Liberty and the Pursuit of Happiness" into the American consciousness.

"There are basically no private orchestras in Germany," Gerald Mertens, the head of Germany's orchestra advocacy organization, the Deutsche Orchestervereinigung, told DW.

In the US, the survival-of-the-fittest mentality that helped the earliest settlers survive harsh East Coast winters has since shaped the largely market-based cultural scene that relies on private foundations and sponsors, while in Germany culture is a matter for the very thing America's Founding Fathers wanted less of: the state.

This fundamental difference is rattling a few nerves in Germany's culture scene when it comes to the ongoing negotiations for a new Transatlantic Trade and Investment Partnerships (TTIP). UNESCO dubbed May 21 a World Day for Cultural Diversity back in 2001, and this year the German Council of Culture has called a protest against TTIP to mark the occasion. 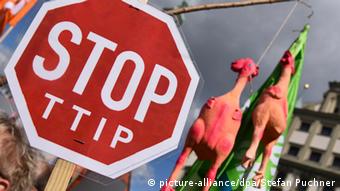 39% of Germans say they support TTIP, compared to 58% across the EU

The transatlantic treaty, which has been on the table since July 2013, aims to even the playing field across a wide swath of industries and would be the most comprehensive deal of its kind, covering more than 40 percent of global GDP by joining the two markets. While the audio-visual sector including television, film and music recordings has been removed from the talks in response to French demands, the rest of the culture scene - in particular publishers and authors, but also musicians - are shaking their quills.

The UNESCO day is particularly suited to protest because Germany's cultural policy is largely based on the belief that diversity can only be upheld with regulations and subsidies, and a loss of diversity seems to be what the country's book and classical music scenes fear most when it comes to TTIP.

Germany's "book price fixing law allows for diversity and also makes it possible for smaller publishers and books with small runs to be appreciated and get noticed," Regula Venske, a successful mystery author and secretary general of the PEN Center Germany, said in an interview last fall as part of DW's Gutenberg in the Cyberstorm film project about the value of the book in the digital age.

In Germany, the price of a book is set by its publisher and then applies to every retailer. Booksellers - and authors - cannot compete with price, only with service, selection and quality. What began as a gentlemen's agreement among publishers in the late 19th century became law in 2002. Since it currently does not apply to foreign publishers, it is feared that the TTIP would eliminate the practice if giant online booksellers and publishers like Amazon and Google lobby strongly enough.

"The bookseller's fear is that he'll lose his livelihood, which is based on book price fixing," explained Holger Schwab, owner of buchLaden 46, a small book shop in Bonn that is celebrating 40 years in business next month. 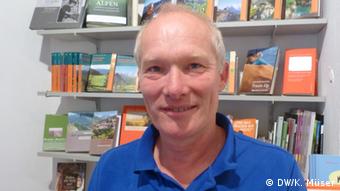 If the law disappeared, so would all book shops in the city, he warned. "It must be externally regulated so that it's not possible for a bookseller or publisher to buy up 60 percent of a run and then offer prices that no one else can meet. That eliminates competition criteria that have to do with quality," he added.

'There are too many books'

Amazon is already responsible for one in eight books sold in Germany, where it still has to stick to price laws. But it already sells roughly one third of all books in the US - giving European booksellers reason to consider a career change. The US' market-based approach to books may make them more affordable to the masses, but only the tomes that sell are made available.

The German pricing system assumes that readers aren't put off by higher price tags and good deals wouldn't necessarily bring traditional non-readers to the market. "There are too many books. That's a taboo that no one talks about," admitted Schwab, but added that food surpluses are also taken for granted.

While current price laws that discriminate between German and foreign sellers may not be in the spirit of a transatlantic agreement, it's still possible that EU negotiators could manage to allow for non-discriminatory pricing regulations, especially considering that other EU countries have similar laws, including Portugal, Italy, Slovenia, Belgium, Luxembourg and Denmark.

"Insofar as rules for fixed-prices apply on a non-discriminatory basis - in other words, both to books produced in the EU and to imports - there is no problem," according to a publication by the European Commission dated July 2014.

The problem is, no one really knows what will happen. TTIP negotiations, which entered the ninth round in April, are held behind closed doors and participants are sworn to absolute secrecy.

The book price fixing law represents a deeply rooted belief in Germany that books are of such high cultural value that they deserve special protection. "Books are not just a product like margarine or laundry detergent," said Venske. 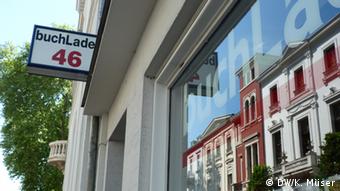 Schwab, on the other hand, compared books to food, saying, "Of course books are goods. We sell them." He added that "everyone believes it's best not to regulate, but we see in the area of food products where Monsanto is the only large company whose food we eat." Schwab echoes fears from outside the culture field, where the chlorine-washed chicken has become a symbol of an anticipated increase of genetically modified food on the German market, should TTIP give American suppliers free access.

While the field of "culture" has not clearly been defined in the context of transatlantic trade, the publishing industry has been classified as "business services" rather than culture, potentially ranking it right along side butter or detergent in the talks.

Orchestras, on the other hand, may have an advantage over books: Not only do they fit indisputably under the "culture" label, Germany's orchestras and theaters were put on UNESCO's Immaterial Cultural Heritage List in 2014, obligating politicians to protect them. However, the United States never signed the World Heritage convention treaty - and that leaves plenty of room for concern.

'Everyone should be able to visit a concert'

"There's the concern that an American orchestra goes on tour in Germany and could invoke the transatlantic treaty and say there's distortion of competition because the local German orchestra is publically funded," explained Gerald Mertens from the Deutsche Orchestervereinigung. "It could then demand the right to additional public financing."

While music recordings and the pop music industry are lumped into the "audio-visual" category and excluded from TTIP, Germany's 130 professional orchestras could still become part of negotiations due to their complete dependence on the state. 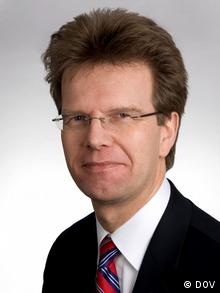 Gerald Mertens is the voice of Germany's orchestras

The US has roughly 120 orchestras with a budget of more than $2.5 million, but its population is nearly four times as large and the ensembles are largely funded by private foundations and the National Endowment of the Arts. Claims to German tax money could, then, become attractive for a small US orchestra on a shoestring budget.

But wouldn't a bit of competition be good for a country where the orchestral landscape is arguably oversaturated, and at a time when concert halls are struggling to draw the dwindling younger generation? "It's the culture that grew here historically," explained Mertens, adding that Germany's infrastructure of private sponsorship is virtually non-existent.

Should TTIP - despite the UNESCO treaty - require an equal playing field for orchestras, the public funding pie could be sliced so thinly for both German and US ensembles that prices are then driven up - or German orchestras would shut down.

Compared to orchestras, the book market is more focused on preserving diversity rather than cheap prices, and diversity is the motto of the protests on Thursday, which include performances, readings, gatherings, and podium discussions in cities throughout Germany.

While Schwab said the German politicians he's spoken with are confident that TTIP cannot be stopped, Mertens was more cautious. "We're not against free trade, but we are concerned that culture will become a side issue among many others that have greater economic significance and will simply get run over."

The Americans treasure both market and artistic freedom and have a long tradition of private sponsorship, while the Germans have a penchant for state protection and accessibility for all. No one outside of the negotiations can know for sure which direction they are taking, but TTIP is certainly testing the space between cultural values and financial interests.

The Transatlantic Trade and Investment Partnership (TTIP) being negotiated between the US and the EU has so far kept its distance from the cultural sector. Five FAQs on TTIP and culture explain why. (15.07.2014)

Negotiators from the EU and the US have kick-started the ninth round of talks over the TTIP free trade agreement, a move aimed at speeding up the process to conclude the deal. (20.04.2015)

Thousands of Germans have taken to the streets to protest a trans-Atlantic trade deal seen by many as a threat to European consumer standards. The rallies come ahead of a new round of talks on the deal. (18.04.2015)

Watch DW's film on the value of the book in the digital Age.