The Chinese armada is heading to Europe, as Beijing and Moscow look to boost their strategic ties. The next iteration of their "Joint Sea" naval drills will take place in the Baltic Sea next week. 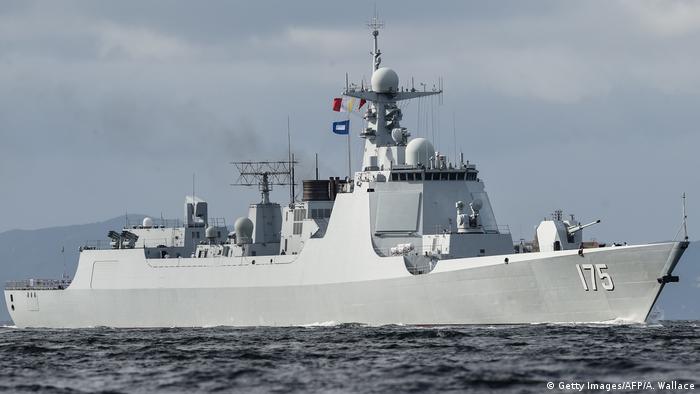 The Chinese naval fleet is expected to arrive in the Baltic Sea by the end of week, according to reports from NATO insiders, after the warships were first spotted on Monday by the Dutch navy.

Russia and China are scheduled to hold their next joint naval drill, dubbed "Joint Sea," in the European inner sea from July 24 to 27.

According to the Russian defense ministry, China's naval fleet will to arrive in the Baltic Sea port of Baltiysk in the Russian province of Kaliningrad.

Read more: Beijing and Moscow to cooperate on minimizing US missile defense

Beijing has sent its Changsha destroyer, a frigate and a supply vessel. A total of 10 ships are expected to take part in the drill.

The setting is particularly contentious. The Baltic States - Lithuania, Latvia and Estonia - have repeatedly warned against Russia's territorial ambitions, while Moscow's expansion into Ukraine has prompted NATO to bolster its presence and conduct its own exercises on the Baltic border with Russia.

Russia and China have taken turns hosting the exercises since 2012, sometimes in politically sensitive waters. Last year's drill took place in the contested South China Sea, where Beijing is constructing artificial islands in waters claimed by its regional rivals, Japan and Korea.

According to reports in Russia, future exercises are scheduled to take place in the Barents Sea between Russia and Norway, in the Arctic Ocean, and in the Sea of Okhotsk in the Western Pacific Ocean.

The joint exercises are part of China's ambition to expand its military presence outside of Asia. Just last week, Beijing announced plans to build its first overseas military base in Djibouti.

The Chinese government has rejected any assertions that the base is part of its global military ambitions, claiming that it will "primarily be used for the better fulfillment of international obligations" and that "China's defense policy is defensive in nature."