A new order by US President Donald Trump has deemed the TikTok and WeChat apps a threat to national security. The ban comes as US digital giant Microsoft is contemplating buying TikTok's US operations. 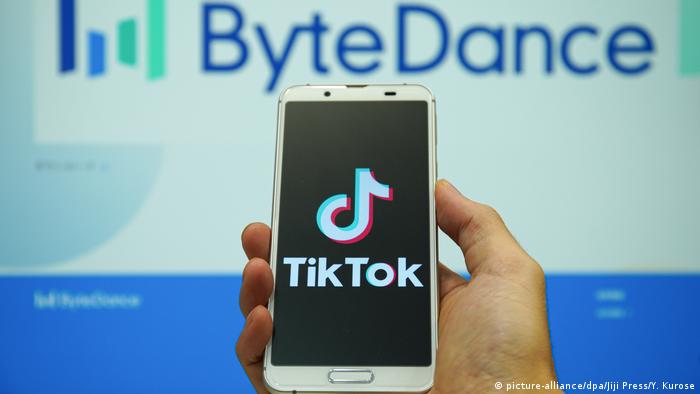 US President Donald Trump has signed an executive order banning US citizens from carrying out transactions with ByteDance, the parent company of TikTok, on Thursday. The order will become valid in 45 days.

The ban also extends to Chinese company Tencent, which owns chat app WeChat. The order was issued under the International Emergency Economic Powers Act, that can bar US citizens from dealing with sanctioned parties.

Shares in Tencent, plunged in Hong Kong as a result of Trump's order.

The tech firm's market value fell as much as 10% in morning trade before ending the session down 6.75%.

The order from the president comes at a time when Microsoft is contemplating buying TikTok's US business as well as the app's operations in Canada, Australian and New Zealand. Earlier this week, Trump said that he would approve of Microsoft or any major US company buying the social media app. Trump also threatened to ban TikTok in the US if an acquisition deal was not arranged by September 15.

On Wednesday, US Secretary of State Mike Pompeo said that the US government was undertaking a "Clean Network" program to "prevent" Chinese apps and telecoms companies from accessing sensitive information of US citizens.

China had responded by saying that it was unlikely to accept an acquisition of TikTok's US operations and had said it would prevent any deal forced by Trump.