China's media is increasingly broadcast around the world, yet the Asian country's state-controlled media is still regarded as lacking credibility compared to other international news organizations. 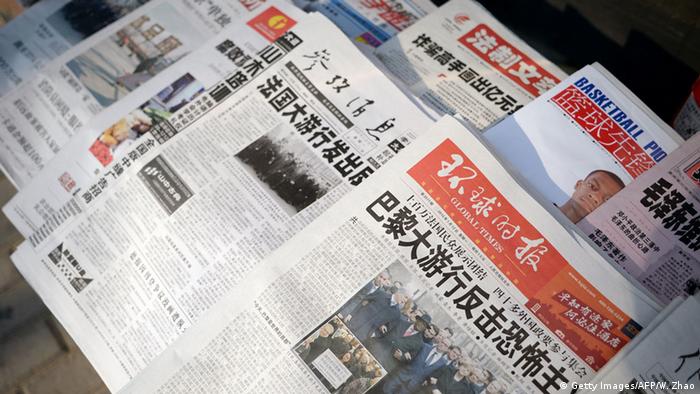 The Asian economic superpower is trying to shake off its negative image, one that is usually characterized by human rights violations and repression against critics and dissidents. China hopes that by investing in public diplomacy the state will improve its international reputation.

"Of course, the state takes the decisive role in pulic diplomacy," says Shi Anbin, a journalism professor at Tsinghua University in Beijing. 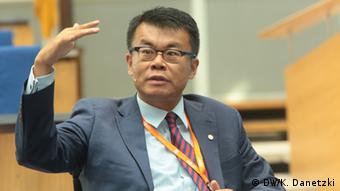 Yong Zhang, one the founders of the English edition of the Global Times, a popular newspaper known for its nationalistic slant, agrees. "Public diplomacy can only be conducted by the government," said Yong, who now writes for the People's Daily, the official newspaper of the Chinese Communist Party.

This year China entered the Australian market, signing various agreements and memorandums of understanding with Australian media outlets including Fairfax Media. According to these agreements, a number of Asutralain papers will carry the party-controlled English language publication China Daily as a monthly supplement. China Daily is already available in Europe, Asia, Africa and the US under similar arrangements.

The new head of Twitter in China, Kathy Chen, worked previously for the Chinese military. That and a recent batch of tweets have caused many to wonder if her appointment will lead to increased surveillance. (19.04.2016)

China's global media expansion grew out of a PR fiasco at the 2008 Olympics, says Zhang. During the live coverage of the torch relay, the whole world watched as Tibetan exiles and human rights activists protested. These images startled Beijing and "ever since China has been committed to strengthening its soft power gloablly."

China expanded its media, Zhang adds, to improve its negative image propogated by the Western media.

Nowadays the country's media is in the process of extending its global operation. The CCTV state television employs a team of 200 journalists in Washington alone; in Nairobi it produces four hours of regional television a day for African audiences. The official Xinhua news agency launched a news site in German under the heading "A window into China."

However, China experts can't say exactly how much money the Chinese government invests in foreign media activities. However, according to some reports, the annual expenditure is between seven and 10 billion US dollars. 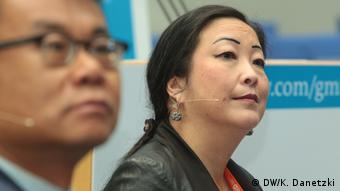 She also points to another controversial issue: "China can easily open offices abroad in Washington DC, New York and Los Angeles. And yet, at the same time, Beijing restricts foreign media access to China."