Heightened security concerns on the continent have been just one reason for a sharp drop in China's investment activities across Europe. A fresh study shows, though, that German firms remain coveted takeover targets. 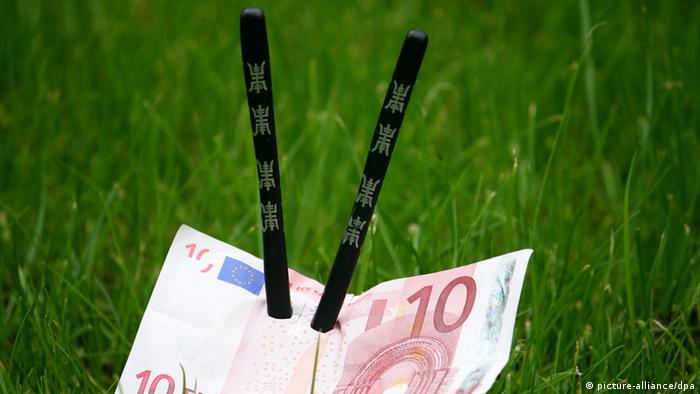 Just how big is the decline in acquisitions?

A study published Tuesday by consultancy EY shows that China's mergers and acquisitions in Europe dipped by 21 percent last year with a total of 196 M&A deals registered in 2018.

In Germany alone, the number of investment deals sank from 54 to 35 last year.

The decline in Chinese investment activities on the continent was particularly dramatic in the second half of 2018 when the number of acquisitions decreased by 26 percent, and the number of investments in Germany plunged by a staggering 60 percent.

There were only 10 Chinese transactions in Germany in the final six months of last year, with the number of takeovers hitting low levels last seen in the first half of 2013. 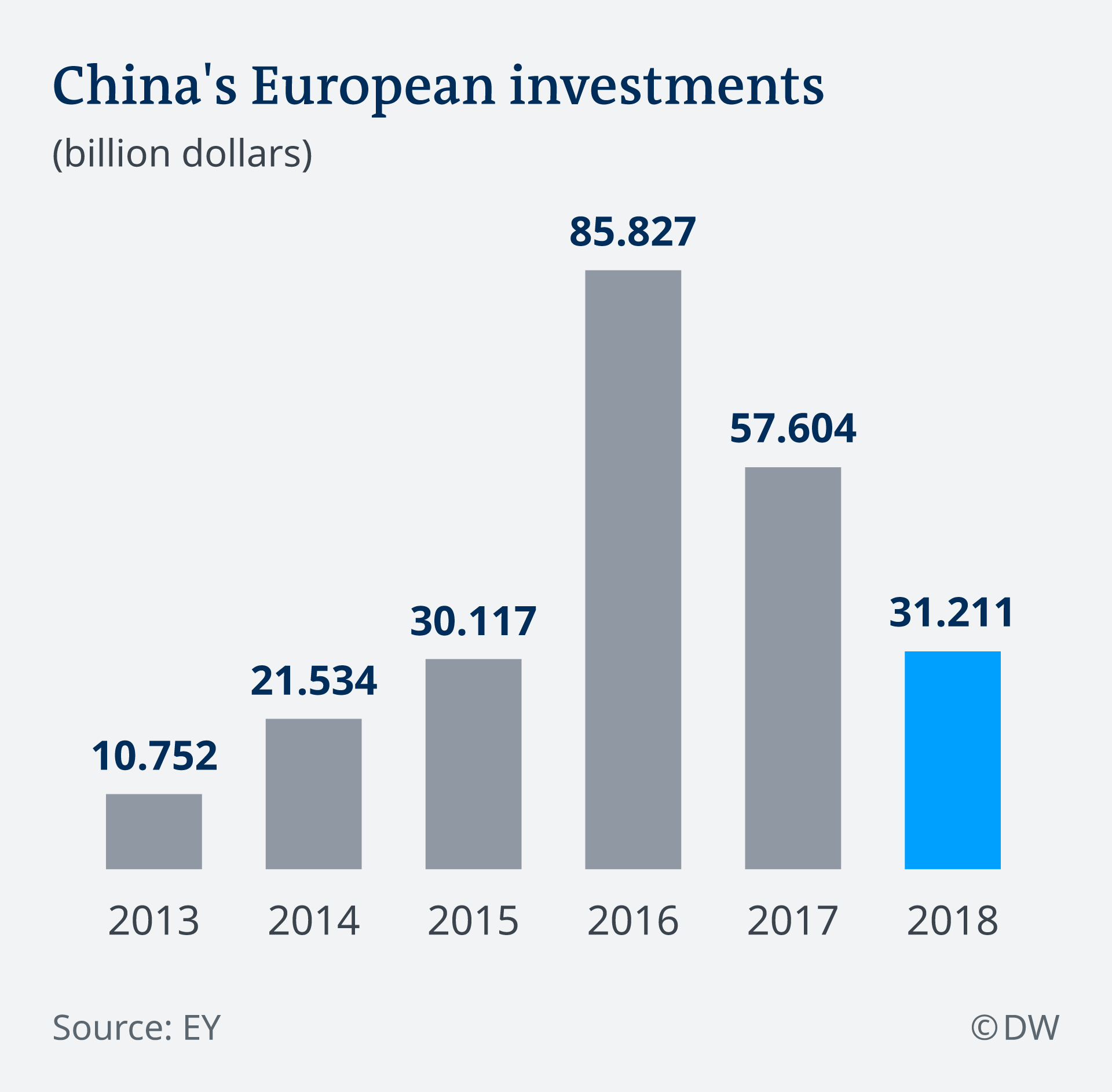 Is the falling number of acquisitions reflected in investment volumes?

Roughly one-third of that money flowed to Germany where the Chinese invested $10.7 billion, marking a 22 percent decline.

What are the primary reasons for the investment lull?

The reasons for the slowdown are manifold. While heightened security concerns in the West and fears of a sell-out of crucial industries have played a significant role, there are other factors that have contributed to the recent trend reversal.

There's a changing economic environment in China itself where the government in Beijing is bending over backward to prevent an excessive outflow of capital and save it for investment in crucial, future-oriented industries in line with its long-term economic policy.

On top of that, the Chinese economy has been slowing, also as a result of the ongoing US-China trade conflict. Companies burdened with considerable debt have become more cautious in their foreign investment policies.

Which European nations remain in China's focus despite the slowdown?

You may have guessed it — Germany remains highest on the agenda for Chinese investors' European activities. The United Kingdom is a close second with only one transaction less in 2018. 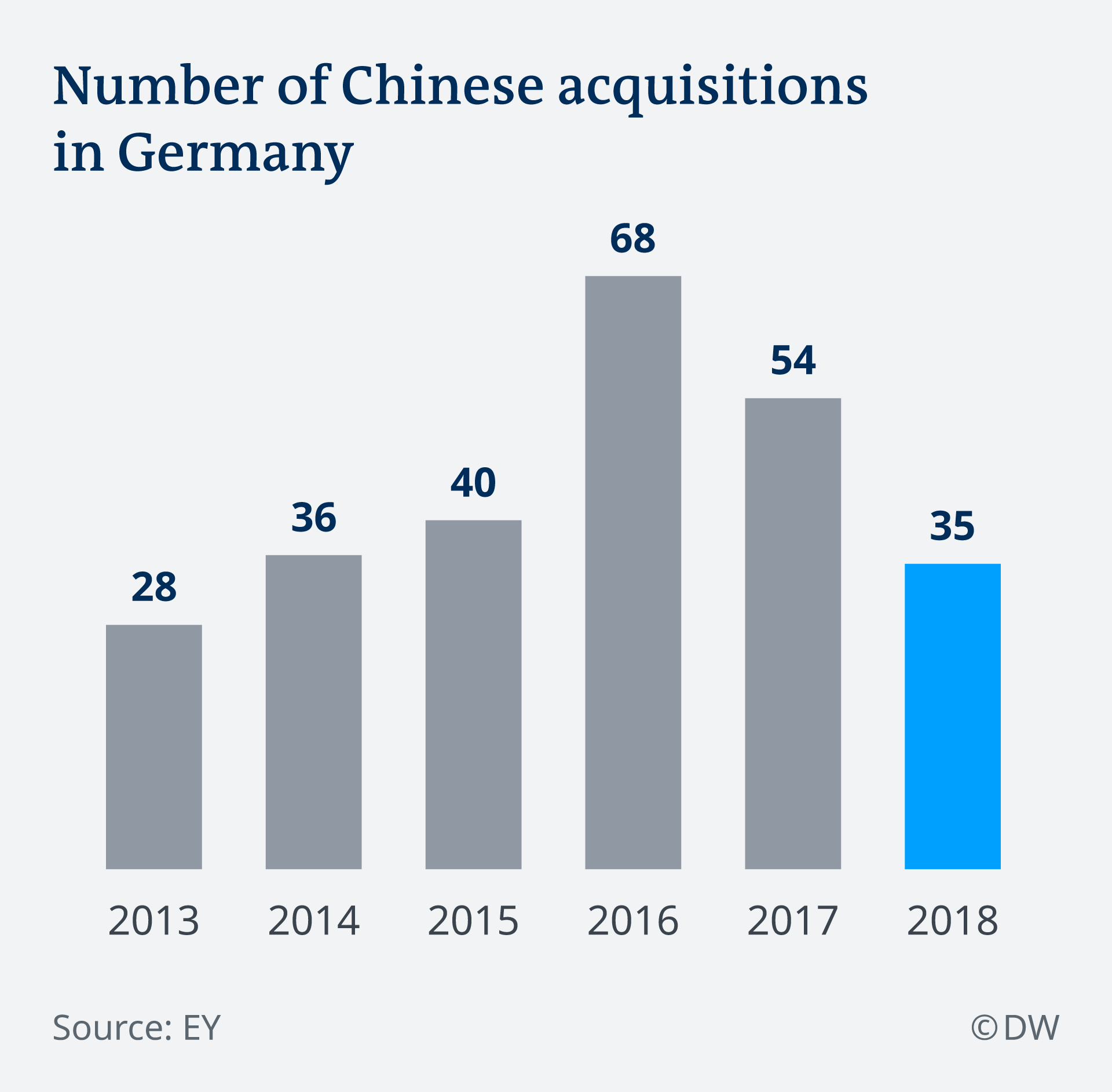 Have Chinese investors changed their investment focus because of the more difficult environment?

In 2018, Chinese investors bought only 39 industrial firms in Europe, down from 79 in the previous year. Likewise, there were fewer transactions in the high-tech sector where the number declined from 32 to 22.

What's obvious, though, is that the number of investments in European consumer goods and services companies rose by over 100 percent, from 13 to 27, to be precise.

"There's a rapidly growing middle class in China, with people increasingly able to buy and consume more," the study says. "That's why Chinese investors have for three years or so been focusing more on making deals with renowned European producers of consumer goods."

EY researchers also noted that they expected more transaction in the field of e-commerce, with European market players interested in profiting from Chinese know-how in modern logistics and the integration of artificial intelligence applications.

Till Reuter, CEO of German industrial robotics firm Kuka for the last 10 years, will step down next month. The surprise move suggests big changes are afoot at the high-tech manufacturer, in Chinese hands since 2016. (26.11.2018)

China 'under pressure' to resolve trade dispute with US

Both the US and China say they've made "tremendous" progress when it comes to resolving their trade disagreements. DW spoke to Chinese analyst He Jiangbing about the trade tensions and impact on the Chinese economy. (01.02.2019)