Tse Chi Lop is the alleged leader of a vast Asian drug syndicate responsible for up to 70% of all narcotics entering Australia, law enforcement say. 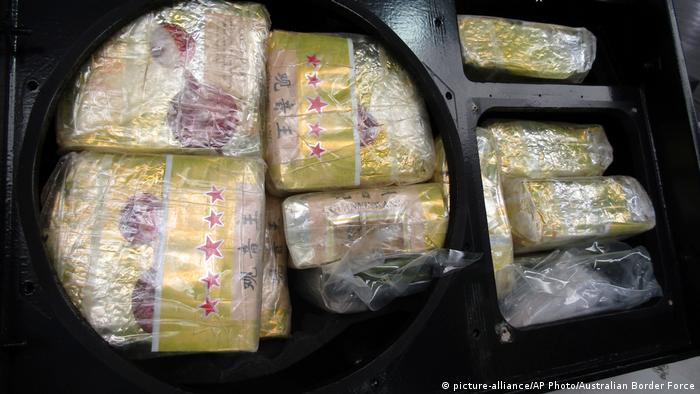 One of the world's most-wanted fugitives, the 56-year old billionaire Tse Chi Lop, was arrested at Amsterdam's Schiphol Airport, police announced on Saturday.

Law enforcement believe it is funneling tons of methamphetamine, heroin and ketamine to at least a dozen countries from Japan to New Zealand. But methamphetamine is its main business, police say.

He was arrested at the request of the Australian Federal Police (AFP) without incident during a stop-over on a flight from Taiwan to Canada.

The cartel is suspected of often concealing its drugs in packets of tea. Police intelligence sources estimate the syndicate is responsible for up to 70% of all narcotics entering Australia.

The United Nations Office on Drugs and Crime (UNODC) conservatively estimates the syndicate's methamphetamine revenue in 2018 at $8 billion a year, but says it could be as high as $17.7 billion.

"The word kingpin often gets thrown around, but there is no doubt it applies here,” said Jeremy Douglas, Southeast Asia and Pacific representative for the United Nations Office on Drugs and Crime in 2019.

The syndicate Tse is suspected of running is known to its members as "The Company", though others refer to it as "Sam Gor" — or Brother Number Three in Cantonese — after one of Tse's nicknames, according to investigative reporting by Reuters and the Australian newspaper, The Age.

The publication also reports that suspected members of Tse's crime organization may have high level links to governments across Asia, having invested in large infrastructure ventures under the Chinese Communist Party's Belt and Road Scheme, a massive economic project that aims to build trade and transport links from East Asia to Europe.

A Chinese-born Canadian national, Tse formerly lived in Toronto, and has moved between Macau, Hong Kong and Taiwan in recent years. Often protected by a guard of Thai kickboxers, Tse reputedly once lost $66 million in a single night at a Macau casino, according to police.

Tse is the prime target of Operation Kungur, a counter-narcotics investigation led by the AFP, but involving about 20 agencies from Asia, North America and Europe, all places that have served as markets or supply hubs for Tse's organization. It is by far the biggest ever international effort to combat Asian drug trafficking syndicates, say law enforcement agents involved in the investigation.