For the first time, China has held an official day of remembrance for the thousands killed by the Japanese army in Nanjing in 1937-38. Japan's acknowledgement of the events remains muted, despite ire from Beijing. 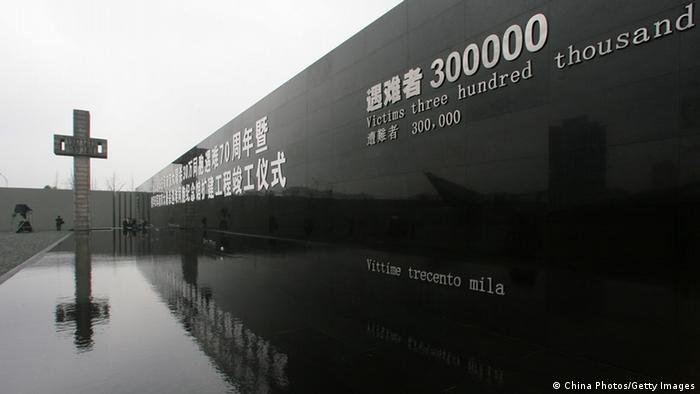 For the first time on Saturday, China held a national day of remembrance on the 77th anniversary of Japanese atrocities committed in the city of Nanjing in the run-up to World War II. President Xi Jinping led the commemorations in front of a crowd of some 10,000 people, among whom were survivors or relatives of victims of the "Rape of Nanking," a six-week reign of terror during which the Imperial Japanese Army carried out mass killings and rapes.

"Anyone who tries to deny the massacre will not be allowed by history, the souls of 300,000 deceased victims, 1.3 billion Chinese people and all people loving peace and justice in the world," Xi said, referring to what the Chinese have long seen as a Japanese denial, or at least an inadequate acknowledgement of the slaughter. 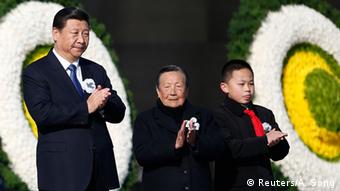 Chinese President Xi Jinping at the memorial ceremony, next to survivor Xia Shugin

The Japanese stance on Nanjing has often been an obstacle in Sino-Japanese relations, and although Japan now admits that "the killing of a large number of non-combatants, looting and other acts occurred," incidents that the Chinese find offensive continue to take place.

Last February, a senior executive at Japan's public broadcaster NHK dismissed the Chinese version of events as "propaganda" used to stir up nationalism, and last year Japanese Prime Minister Shinzo Abe made a controversial visit in Tokyo's Yasukuni Shrine. This shrine honors Japan's war dead, including war criminals, three of whom were top commanders executed for their role in the Nanjing massacre.

Territorial disputes over uninhabited islands in the South China Sea, controlled by Tokyo but claimed by Beijing, have further exacerbated the situation. As the dispute intensified, China's legislature, the Communist-Party-controlled National People's Congress, voted in February to make the anniversary of the "Rape of Nanking" an official day of remembrance.

In March, Tokyo launched a diplomatic protest in response to comments Xi made in Germany about Japan's invasion. The German atonement for World War II has often been favorably compared with Japan's in China.

In an attempt to repair relations, President Xi and Prime Minister Abe, who faces a national election on Sunday, held a strained bilateral summit on the sidelines of the annual APEC meeting, which was held in Beijing last month.

"Chinese and Japanese people should be friendly from generation to generation, use history as a lesson to face the future and contribute together to human peace," Xi said at Saturday's memorial service.