China: US and Russia should reduce nukes first

A day after world powers jointly pledged to avoid nuclear conflict, signatory Beijing has conceded it is "modernizing" its own arsenal. But it denied allegations from the United States that it was enlarging it at speed. 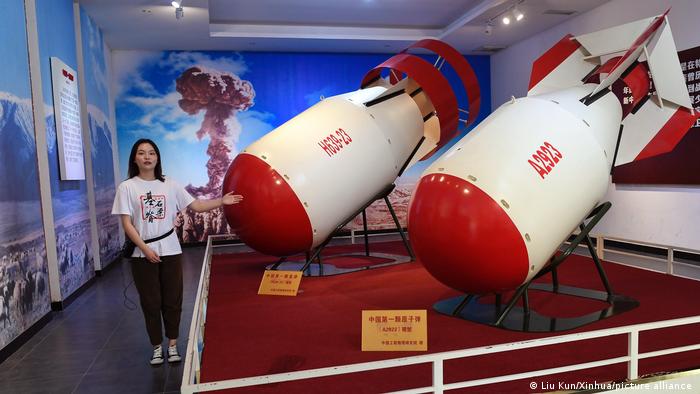 China said on Tuesday it was continuing to "modernize" its arsenal of nuclear weapons, but argued that this was only to ensure that it met its minimum requirements for national defense.

"China has always adopted the no first-use policy, and we maintain our nuclear capabilities at the minimal level required for our national security," said Fu Cong, the director general of the Foreign Ministry's arms control department.

He also denied US allegations that China was expanding its arsenal. The US Defense Department said in a report in November that China is planning to have as many as 700 nuclear warheads by 2027, and possibly 1,000 by 2030.

The comments were made a day after the US, China, Russia, Britain and France issued a joint statement pledging to avoid a nuclear conflict and to work toward freeing the world of atomic weapons.

China says onus on Russia, US to disarm

Fu said Beijing would "continue to modernize its nuclear arsenal for reliability and safety issues."

He called on the US and Russia, as the world's two biggest nuclear powers, to make the first steps toward disarmament.

"The US and Russia still possess 90% of the nuclear warheads on Earth," he told reporters in Beijing. "They must reduce their nuclear arsenal in an irreversible and legally binding manner."

Fu also dismissed speculation over the possibility of deploying weapons near the Taiwan Strait.

"Nuclear weapons are the ultimate deterrent; they are not for war or fighting," he said.

What are the current tensions with China?

China has been rapidly modernizing its military in the past years while at the same time increasingly showing self-assertion in regional territorial disputes.

Among other things, Beijing has stepped up its rhetoric on Taiwan, regularly saying that it intends to take possession of the island, which it considers a breakaway province, by force if necessary. 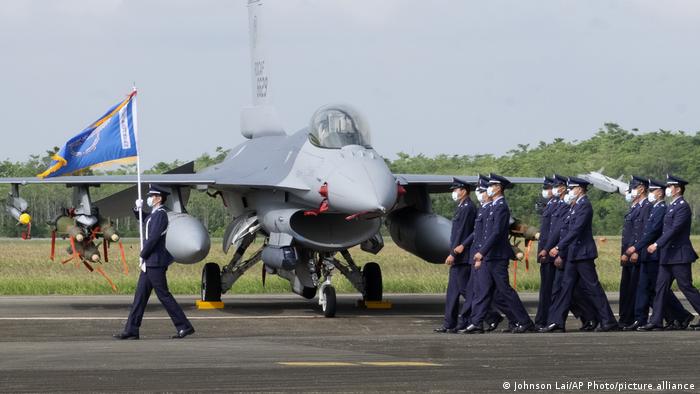 US and global concerns about the extent of China's arsenal were fueled last year when its armed forces announced they had developed a missile that can fly at five times the speed of sound.

Washington does not have the same kind of dialogue on weapons control with Beijing as it has long had with Moscow since the days of the Cold War.

Atomic weapons have so far been used only in one conflict, when the US bombed the Japanese cities of Hiroshima and Nagasaki at the end of World War II in 1945.