China will ignore a ruling from an international court that it has no historical rights to islands in the South China Sea. Beijing made no secret of its intention to carry on building up forces in the disputed region. 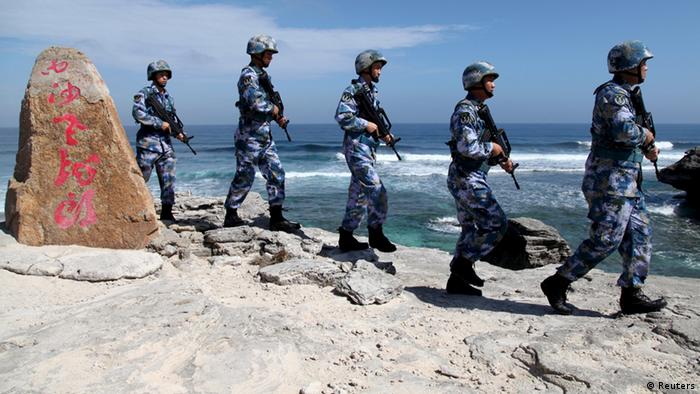 The Permanent Court of Arbitration (PCA) tribunal in The Hague a day earlier backed the Philippines' case against China's claims to a strategic set of islands in the sea.

Beijing boycotted the PCA proceedings, saying the court had no jurisdiction to rule on the issues.

"It is the Philippines that has created and stirred up the trouble," Vice Foreign Minister Liu Zhenmin, said ahead of introducing a paper on Wednesday that blamed the Philippines for what it said was a violation of an agreement with China to settle the disputes via bilateral negotiation. He said Manila had "distorted facts and concocted a pack of lies." 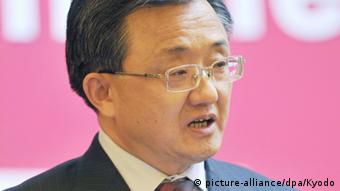 Liu added that Beijing reserves the right to declare an Air Defense Identification Zone over the sea. "China has established an ADIZ over the East China Sea," Liu told reporters on Wednesday. He said that China hopes other countries will not take the opportunity to threaten China and that "we hope that they will work with China to protect the peace and stability of the South China Sea, and not let the South China Sea become the origin of a war."

Whether Beijing sets up such a zone - which would require civilian aircraft to identify themselves to military controllers - depends on "the level of threat we receive," Liu said.

The five judges who had ruled in the case "made money from the Philippines," Liu said, openly attacking the integrity of the tribunal. "Maybe other people gave them money too," he added. "Are these kinds of judges representative?" he asked rhetorically. "Do they understand Asian culture?" A Japanese former president of the International Tribunal on the Law of the Sea, Shunji Yanai, had "manipulated the entire proceedings" from behind the scenes, he alleged.

Former Philippine President Benigno Aquino III, who had brought the case against China in 2013, said on Wednesday that the ruling had "brought clarity to the South China Sea disputes."

"The ruling now establishes better conditions that enable countries to engage each other, bearing in mind their duties and rights within a context that espouses equality and amity," Aquino said. 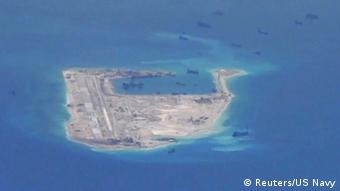 Chinese dredging vessels are purportedly seen in the waters around Fiery Cross Reef in the disputed Spratly Islands in the South China Sea.

Aquino's successor, Rodrigo Duterte, has taken a softer line against Beijing, saying he is open to bilateral talks.

Meanwhile, Australian Foreign Minister Julie Bishop said on Wednesday that China's reputation and ambitions of becoming a world leader would suffer if it ignored the South China Sea ruling.

She described the ruling as final and legally binding. "To ignore it would be a serious international transgression," Bishop told Australian Broadcasting Corp. "There would be strong reputational costs."

She said she expected to speak with her counterparts in China and the Philippines in coming days and that the ruling would be discussed at the upcoming ASEAN and East Asia Summit meetings in mid-July.

The Permanent Court of Arbitration in The Hague has issued its ruling on the South China Sea row between the Philippines and China. But a solution to the dispute is not yet in sight, says DW's Philipp Bilsky. (13.07.2016)

The Permanent Court of Arbitration in the Hague has delivered its verdict on the territorial spat. DW answers some of the questions related to the case to explain what the dispute is about and what is at stake. (12.07.2016)