China recently unveiled a massive plan to tackle air pollution, a source of growing social discontent. The move highlights how the issue has become a priority for Beijing. But experts say more radical changes are needed. 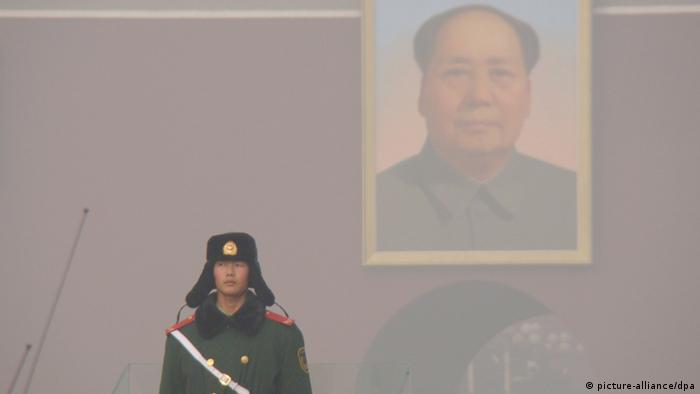 Beijing calls it its "most comprehensive and toughest plan" yet to reduce air pollution. According to the state-run "China Daily" newspaper, the Chinese government is set to invest 1.7 trillion yuan ($277 billion) to control and in some regions reduce air pollution by the year 2017, setting stricter limits on the levels of PM 2.5 particles. The tiny floating particles, measuring 2.5 micrometres or less in diameter, are hazardous because they can penetrate deeply into the lungs and cause respiratory and cardiovascular diseases.

The so-called Airborne Pollution Prevention and Control Action Plan specifically targets northern China, particularly in the cities Beijing, Tianjin and in Hebei province. The government aims to reduce air emissions by 25 percent by 2017 compared with 2012 levels in those areas, according to the report.

Zhao Hualin, head of the pollution prevention and control department of the Ministry of Environmental Protection, told the newspaper that the state council had approved the plan last month. He added that the program was one of three key action plans to be released over the next five years, designed to address airborne pollution prevention, water pollution control and improvements to the rural environment. "The thick smog and haze that covered large areas of the country in January has focused public attention on this issue," Zhao is quoted as saying. 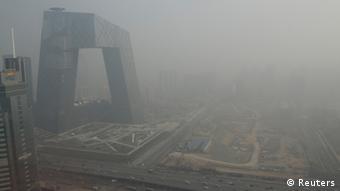 The announcement follows another decision by the state council to introduce ten measures to combat air pollution. The new regulations include a target to reduce pollution emissions in heavy-polluting industries as well as the development of clean energy supplies.

According to China expert Isabel Hilton, from the non-profit organisation chinadialogue, the issue of pollution has become a major political problem for the government. Overall the dire state of China's environment has become an important factor in the growing public protests that has the government worried over political stability and its own legitimacy, Hilton told DW.

"For many years the authorities simply withheld the facts from the public, but today anyone can buy a hand held monitor that tells you exactly how bad the air is you are breathing. It is impossible to conceal and people are demanding action," she said.

The recent announcement fails to provide details as to how the five-year targets are to be met. This raises the question of who should implement the new measures and how it should be done. Hilton argues that the Ministry of Environmental Protection is weak and "lacks the clout to take on the important economic and industrial interests." The expert says that even though the ministry sets standards and issues regulations, "they are widely ignored and the penalties for pollution have been too small and too poorly applied to be effective."

China has depended heavily on coal as a source of energy which has helped the country experience an unprecedented economic growth over the past decades. But that growth has come at a high price. According to the 2010 Global Burden of Disease (GDB) published in the British medical journal "The Lancet," air pollution contributed to about 1.2 million premature deaths in China in 2010 alone. 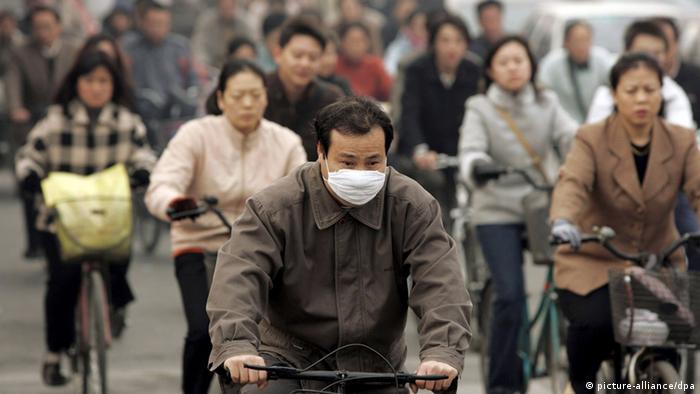 According to the GBD, air pollution contributed to about 1.2 million premature deaths in China in 2010 alone

The GDB states that outdoor air pollution ranks fourth in China as a contributory factor to premature deaths, after diet, high blood pressure and smoking.

Hilton believes this is directly linked to the model of development the country has pursued in the last thirty years. "China's annual coal consumption is nearly four billion tons, up from one billion during the 1990s," she said, adding that pollution from industry and road traffic was on the rise. China has been the world's biggest producer of carbon dioxide, the chief greenhouse gas, ever since it overtook the United States in 2006.

Furthermore, a study released earlier this month by a US scientific journal stated that the decades-old Chinese policy of giving out free coal for winter heating in cities north of the Huai River has reduced life the expectancy of 500 million residents there by five and a half years.

Breathless in the megacity: searching for solutions

'Chinese believe in right to a clean environment'

China recently unveiled yet another massive plan to combat air pollution, a source of growing concern in the country. Environment expert Jennifer Turner examines how ordinary citizens are voicing their discontent.

China’s teeming cities, home to millions, are blanketed in smog. The country is now trying to fight air pollution and traffic chaos by expanding public transportation. (26.02.2013)

Li Hongbin, economics professor at the Tsinghua University, is one of the researchers involved in the study. He told DW he hoped that Chinese authorities now realized the high cost of pollution in terms of human life. "It is worth it for the government to invest more to solve the pollution problem in order to save lives."

So, despite efforts by the government, the situation remains dire. Many experts therefore believe that it will take many years and quite radical changes in China's energy structure for new measures to have an effect. "Essentially the problem is the result of industrialisation, coal fired power generation and an increase in motor vehicles. These are trends difficult to reverse and so far the efforts have been city or province based," said Hilton.

The high level of pollution has also had an impact on China's booming economy. Scientists from the Massachusetts Institute of Technology (MIT) recently published a study where they estimate that the impact from ozone and particulates to the economy increased from $22 billion in 1975 to $112 billion in 2005. 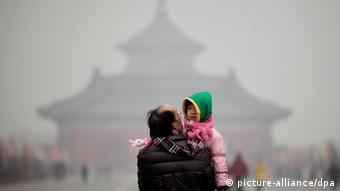 A matter of pride?

Overall, it seems that there will be no instant solution to China's air pollution problems. However, public outcry and major health risks have led the party to prioritize the issue. Hilton believes there might be another factor driving China's fight against pollution: national pride.

"Beijing is the capital of a country that envisages itself as the coming economic superpower. It is extremely embarrassing for a government that likes to promote its economic miracle that its capital is considered unliveable, not only by expatriates but by many Chinese citizens," said Hilton.

PNAS study on the impact of air pollution on life expectancy

MIT study: China’s pollution puts a dent in its economy