China seeks strategic advantage in Afghanistan | Asia| An in-depth look at news from across the continent | DW | 04.04.2014

China has staked its economic future on deeper integration with Central Asia. But as the US withdraws from Afghanistan, Beijing is concerned that a renewed civil war there could thwart regional development. 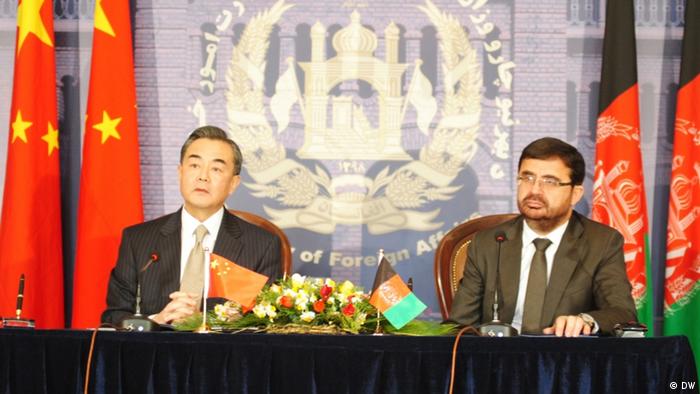 As the US prepares to scale back its military presence in Afghanistan this year, China has begun to contemplate a geopolitical "march westwards". Beijing hopes to trigger an economic boom in its restive western Xinjiang province by re-vitalizing the ancient Silk Road, which runs through its Central and South Asian neighbors.

Beijing has largely taken a low-profile and cautious approach toward the conflict in neighboring Afghanistan since the overthrow of the Taliban in 2001. But there is growing concern among the Chinese leadership that NATO could leave behind a security vacuum in Afghanistan, which would potentially jeopardize China's economic investments in the broader region.

"If they remain in a civil war, we can't make any money there," Jin Canrong, an expert on China's foreign policy at Rinmin University in Beijing, told DW. "China's stance is very simple: China would like to see a capable central government and wants to see a stable Afghanistan, open to the world market."

Since China's leadership change last year, Beijing has sought to accelerate its economic integration with its western neighbors. Chinese Premier Li Keqiang travelled to Islamabad in May 2013, where he announced plans to build a China-Pakistan Economic Corridor. Among other infrastructure projects, the close allies plan to upgrade the Karakoram Highway, which connects northern Pakistan and western China.

The following September, Chinese President Xi Jinping travelled to Kazakhstan, where he delivered a speech on regional development at Nazarbayev University in Astana. According to Xi, Beijing wants to work with the Central Asian nations to revitalize the ancient Silk Road trade route, connecting the Pacific Ocean to the Baltic Sea.

In particular, Beijing has sought to deepen its energy ties in the region. China and Kazakhstan have built an oil pipeline that stretches more than 2,200 kilometers from the Caspian Sea to Xinjiang province. 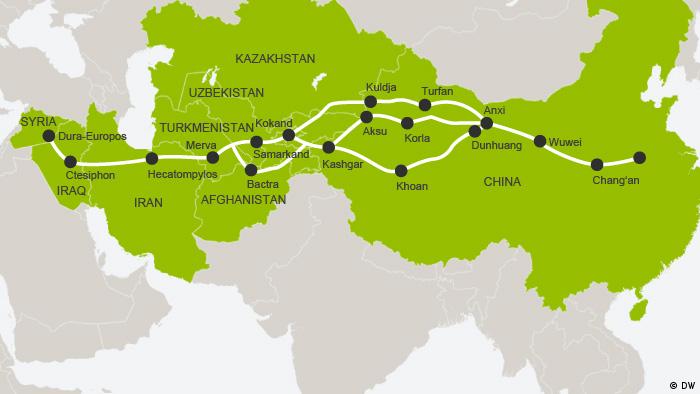 Since the overthrow of the Taliban, China has also increased its investment in Afghanistan. In 2007, Beijing won the contract for the largest investment project in the county, the Aynak copper mine. Located in eastern Afghanistan, the mine is worth an estimated $3 billion (2 billion euros). In 2011, Beijing also secured oil and gas exploration rights worth at least $700 million in the northeastern Sari Pul and Faryab provinces.

"For China, a lot of their concern with Central Asia and Afghanistan stems from its concerns with respect to Xinjiang, sort of a long standing concern to integrate that region more fully with China," Michael Clarke, an expert on Chinese foreign policy at Griffith University in Australia, told DW.

"A key aspect of that process over the last few decades has been an attempt to use Xinjiang’s geopolitical position at the crossroads of Central Asia to facilitate the spread of Chinese influence into Central Asia, mainly for strategic reasons related to energy security issues," Clarke said.

During his trip to Kazakhstan, President Xi also called on China's Central Asian neighbors to help in the regional fight against what Beijing calls the "three evils": terrorism, separatism and religious extremism.

Xinjiang's indigenous Uighur population, who speak a Turkic language and are predominantly Sunni Muslim, have long chaffed under Beijing's rule. China's border with Afghanistan is less than 100 kilometers long and largely inaccessible due to rugged terrain. Nevertheless, Beijing has expressed concern that a resurgent Taliban could embolden Muslim separatists in Xinjiang. 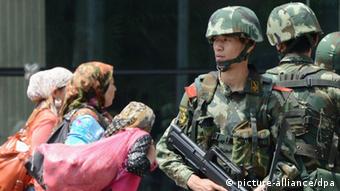 Beijing is concerned about stability in Xinjiang

The Chinese government has blamed a series of recent attacks, including the knife massacre at the Kunming train station in February, on Muslim separatists from Xinjiang. Twenty-nine people died in the train station massacre, which state media has called "China's 9/11." The leader of the separatists, Abdullah Mansour, reportedly has taken refuge in North Waziristan along the Afghan-Pakistan border.

"There is a genuine and serious concern in Beijing as well as in Urumqi, the capital of Xinjiang, that perhaps some of the incidents of violent extremism and terrorism inside China...may have their roots… in China's neighborhood - countries like Afghanistan," Mushahid Hussain Syed, a Pakistani senator and director of the China-Pakistan Institute, told DW.

According to a recent report by The Guardian newspaper, US officials believe that Beijing and Washington are basically on the same page when it comes to combating Islamist militancy in Afghanistan, opening the possibility of greater cooperation between the world's two most powerful nations.

China has already set up a fledgling security partnership with Kabul, training at least 300 Afghan police officers since 2012. In February, Chinese Foreign Minister Wang Yi travelled to Kabul, where he highlighted the central importance of Afghanistan to Beijing’s broader interests in the region.

Despite its interest in fighting militancy in Afghanistan, Beijing remains wary of a long-term American and NATO military presence in the region.

"China doesn't want that Afghanistan should become the center of a revived new great game that could in turn suck China into a debilitating tug of war strategically with the US or its proxies."

Drones are becoming increasingly common in warfare as their operating costs go down, according to a new report by the IISS think tank. It added that China is driving an increase in military spending in Asia. (05.02.2014)