China’s President Xi Jinping has begun his first-ever state trip to Europe in the Netherlands. During his trip he is expected to meet US President Obama on the sidelines of a nuclear security summit. 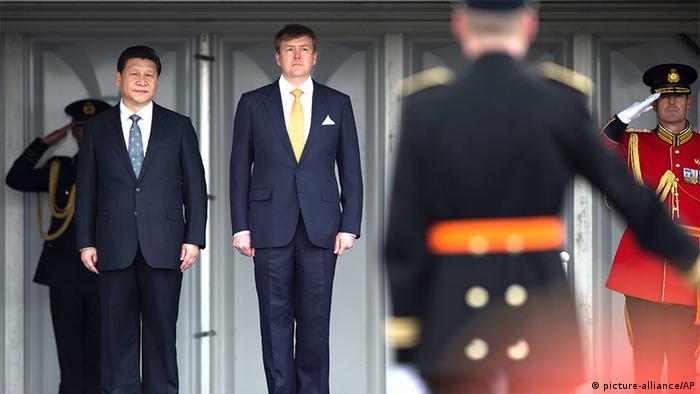 Arriving at Amsterdam's Schipol airport on Saturday, Xi was met by Dutch King Willem-Alexander and Queen Maxima and welcomed with military honors including a 21-gun salute.

Xi and China's first lady, Peng Liyuan, attended an afternoon reception hosted by the couple at the royal palace in Amsterdam.

The Chinese president is accompanied by 20 ministers and business leaders, with trade expected to be high on the delegation's agenda in the Netherlands. Xi was due to meet the country's prime minister, Mark Rutte, on Sunday, with the two leaders slated to open a Chinese-Dutch economic forum.

On his European tour, Xi is scheduled to visit France, Germany and Belgium, including a visit to the European Union's headquarters in Brussels.

Xi is due take part in a nuclear security summit next week in The Hague, where he is slated to meet US President Barack Obama on the sidelines. Xi will then continue his European tour, where he is expected to visit France, Germany and Belgium.