Chinese authorities have ordered local meteorological bureaus to cease issuing smog alerts. The move has increased fears that that the government is trying to suppress information on the country's air pollution. 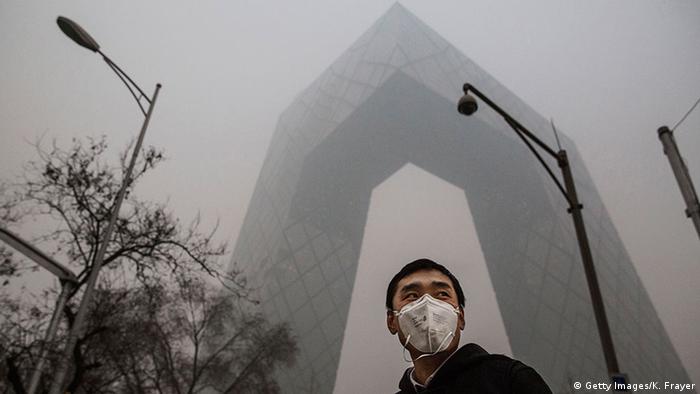 The government said a single department will now be responsible for issuing smog alerts to avoid mismatches between the different authorities. A representative from the China Meteorological Administration told government-backed online publication "The Paper" that "meteorological bureaus and the environmental protection administration often disagree when they issue smog-related information."

"A joint alerting mechanism will be formulated to consult how to and who should issue alerts for smog," the representative added.

Chinese officials use a color-coded system to issue smog alerts, topping out at red when severe pollution warnings are likely to last more than 72 hours.  The mechanism warns firms, schools and individuals of incoming smog and sets off a series of emergency measures, such has ordering cars off the road and closing highly polluting factories. However, local and national authorities have in the past issued contradictory alerts, confusing schools and factories on whether or not to close.

Critics have accused authorities of often hesitating to issue high warning alerts over fears it would harm economic performance.

County and city authorities will continue to release fog alerts on low visibility, the notice said.

Reports of authorities suspending local and city smog alerts were met with stinging criticism, with many having long doubted the Chinese government's official data on air pollution.

"Before, they cheated us separately, and now, they are going to cheat us together," one person commented on Weibo, while another replied that "even though they are working on a unified alert standard, they should not stop the existing alert system."

Air pollution has been an enduring source of public anger in China, as rapid economic growth has come at the cost of widespread environmental problems.

Despite the government declaring a "war on pollution" some three years ago, China's northern provinces were engulfed by smog over New Year, while dangerous air quality readings were issued in major cities including Beijing, Tianjin and Xian. Authorities urged residents to remain indoors, while flights remained grounded and ports and schools were forced to close. Authorities said the smog was caused by increased coal use for winter heating on the back of unusually cold weather conditions.

However, while Beijing issued the highest level for fog, it only issued the second-highest for smog, leading many in the city to raise questions about the system. Many of those who took to social media to express their anger reportedly found their articles quickly deleted, only increasing frustration.

"When people are gagged, the sky will be blue," one Weibo user commented.