China's authorities have ordered the country's military to end all paid work outside normal service by 2019. It's part of a drive to create a more professional armed forces, but also trim costs as economic growth slows. 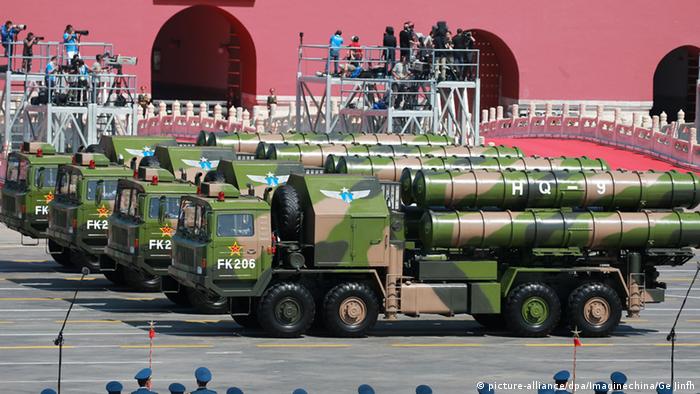 A Chinese military parade in Peking

The Central Military Commission (CMC) said military units would no longer be permitted to sign new contracts with non-military entities and that expired contracts could not be extended, China Radio International reported on Monday.

The reforms are part of a shift away from China's use of land forces, which now account for about 73 percent of total troop strength, and toward the navy and air force, which are seen as responsible for dealing with the main perceived threats to China's interests.

These include a conflict over control of the South China Sea and a move by self-governing Taiwan toward formal independence that China has threatened to respond to with force.

The spending reductions are also part of a process of attempting to align military costs with a slowdown in growth in the economy. Military spending will rise 7.6 percent this year, with a budget of 954 billion yuan ($146.5 billion, 131 billion euros), keeping China in second place in global defense spending behind the United States. Growth in China's economy is expected to slow to 6.8 percent this year from over 8 percent in recent years.

The ban is a "major political task concerning the overall scope of military construction and development," a Defense Ministry notice said Monday.

It is thought to cover both the regular army and the paramilitary People's Armed Police. It identified no specific fields but is reported to target military art troupes, publishing houses and hospitals that accept paying civilian patients.

This is the latest round of reforms aimed at reorganizing the military's command structure and will reduce troop numbers by 300,000. The 2.3 million-member People's Liberation Army started over a decade ago to divest itself from its vast business empire that includes factories and transport firms.