Rescuers are searching for 41 people missing after a landslide in southeast China. Mud and rocks flowed downhill, burying offices and living quarters at a hydroelectric power station under construction. 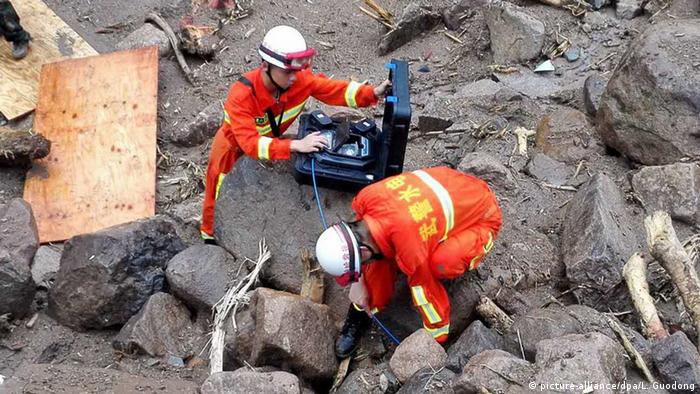 After days of heavy rain, some 100,000 cubic meters (3.5 million cubic feet) of mud and rocks swept over the hydropower project in China's mountainous Taining county.

The landslide, at around 5 a.m. local time early Sunday (2200 UTC, Saturday), buried an office building and the workers' living area of a hydroelectric power station that was under construction.

Giving the surname Wei, a Taining county official said firefighters and police were attempting to reach the buried employees who had been working on the project, with President Xi Jinping demanding "maximum efforts" to rescue the workers.

Beijing's official Xinhua News Agency reported that seven people were rescued from the natural disaster, with injuries including broken bones. 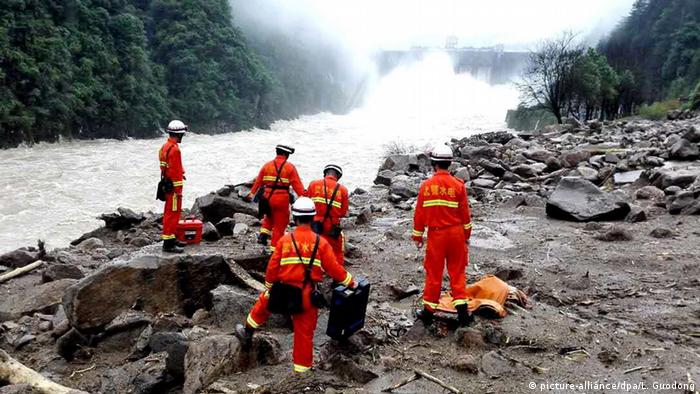 In a similar incident last December, 77 people were buried in a landslide in the southern city of Shenzhen. The government blamed breaches of construction safety rules for the disaster and a number of officials have been arrested.

Following days of heavy rain in southeastern China this week, a 75-year-old woman and her 3-year-old great-grandson were also reportedly washed away in an overflowing river from Friday to Saturday in Hubei province.

Rainstorms had earlier led to the evacuation of more than 1,000 people in Guangxi region, and collapsed a road in Guizhou province, leaving one person dead and a second missing.

As many as 50 people are feared dead after another landslide at gold and jade mines in Myanmar. The region had been hit by a similar event in November. (26.12.2015)

A man has been found alive after being buried in rubble for more than two days in Shenzhen. More than 50 people are still missing following a landslide in the Chinese industrial city. (23.12.2015)

Nearly a hundred people are missing after a landslide buried buildings in the southern city of Shenzhen. The landslide also reportedly caused an explosion in a gas pipeline. (20.12.2015)