Nearly a hundred people are missing after a landslide buried buildings in the southern city of Shenzhen. The landslide also reportedly caused an explosion in a gas pipeline. 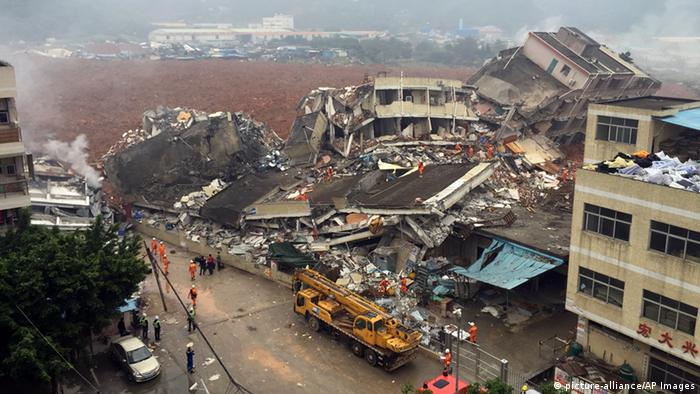 The landslide in Guangdong province on Sunday buried more than 30 buildings and left at least 91 people missing in Shenzhen, which borders Hong Kong.

Earlier reports by the state-run Xinhua news agency spoke of 41 people missing after the landslide, which hit the city's Liuxi Industrial Park, also causing the collapse of at least one building. 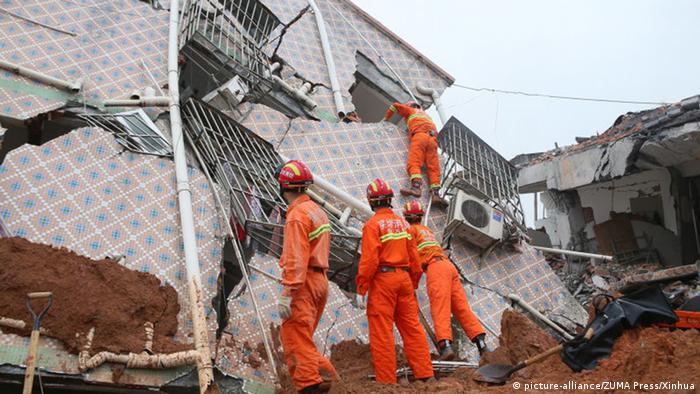 Xinhua said four people had so far been rescued from the rubble, three of whom had suffered slight injuries. It was unclear whether there had been any fatalities.

More than 1,000 rescuers were at the scene looking for survivors. Local authorities said most residents had been evacuated from the buildings before the landslide hit.

Beijing has been hit by a blanket of dangerous smog as authorities issued a red alert for the second time this month. The smog highlights the dangerous reliance of China on dirty coal. (19.12.2015)