Taiwan's government and international rights groups have condemned China for jailing a Taiwanese activist. He and a Chinese man were sentenced to jail for subverting state power. 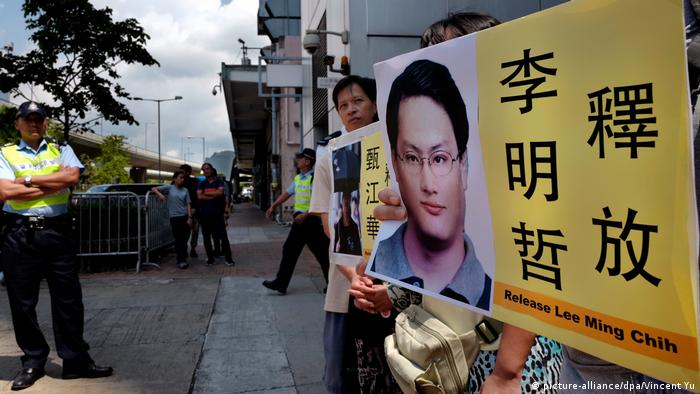 Taiwanese human rights activist Lee Ming-che was convicted of subverting state power and sentenced to five years in jail by a Chinese court on Tuesday.

The 42-year-old, who lectured on democracy and human rights at a community college in Taipei and campaigned for a human rights non-governmental organization in Taiwan, went missing during a trip to China in March. Chinese authorities later confirmed he had been arrested.

He appeared in court on Tuesday alongside Chinese activist Peng Yuhua, who was sentenced to seven years in prison. Both pleaded guilty to all charges. 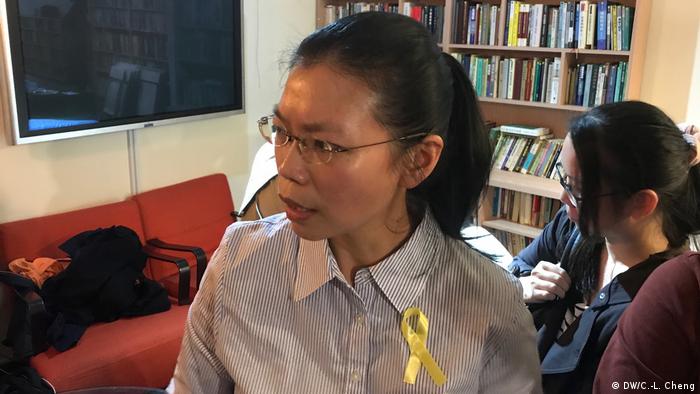 Lee's wife, Lee Ching-yu, said she was proud of his dedication and that he had "paid the price" for his ideals

After the sentence was handed down, Taiwan's ruling Democratic Progressive Party (DPP) said it was "strongly dissatisfied and regretful" of the result and called for Beijing to allow Lee to return to Taiwan.

"We regret that Lee's case seriously damaged cross-strait relations," the presidential office said in a statement.

It said Beijing must ensure the health and well-being of Lee, respect the law and allow his family to continue to visit him.

'Tiger in the mountains'

In a statement sent to Reuters by her supporters, she said her husband had long realized that his rights work came with a price and that there were "tigers in the mountains."

"He came to understand early on that he must accept the torment of being made to accept guilt and of being imprisoned," she said.

According to Amnesty International, Lee had supported civil society organizations and activists in China, sharing "Taiwan's democratic experiences" with his Chinese friends. "This is an absolutely outrageous sentence that was handed out today, following on from an unfair trial," said the group's China researcher William Nee.

"Lee Ming-che should not have to spend a day in jail, since everything he did  peacefully discuss current events and historical issues on social media  is expressly protected under international law," Nee told AFP news agency.

The European Parliament passed a resolution in July calling upon China to release Lee.

Relations between Beijing and Taipei soured after Taiwanese President Tsai Ing-wen took office in May 2016. She has refused Beijing's calls for her to acknowledge that Taiwan is part of "One China," prompting China to cut off all official communication. China views Taiwan as part of its territory waiting to be reunified.