China gears up for leadership change

Some 2,200 delegates are meeting for the Communist Party of China's 18th congress that opens on 8 November. By the end, China will have a new party leadership that the world will have to live with for 10 years. 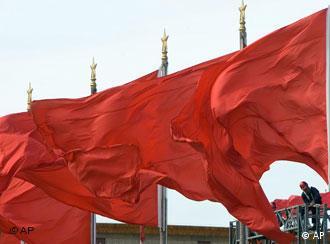 The fact alone that the 80 million members of the biggest political organization in the world are meeting for a congress is news enough - even more so when they only meet every five years.

However, this year the international community is more interested than ever before. The Communist Party of China has turned the state of China into the second most important economy in the world, and it also leads the biggest army in the world, equipped with nuclear weapons and missiles with an intercontinental reach.

On top of this, it's due for a leadership change.

It is no mean feat to pull off a smooth change of leadership in an authoritarian one-party state and China's Communists are determined to avoid the violence and chaos that sometimes accompanies such processes. They have introduced the notion of "collective leadership" - a team of technocrats has been put in place to substitute the all-powerful individuals of the past such as Mao Zedong and Deng Xiaoping.

The team is made up of the top leaders of the nine-member Politburo Standing Committee, which changes every 10 years. Strict political norms relating to age have been introduced - at the last party congress in 2007, only people born after 1940 were appointed to the Central Committee. Seven of the nine positions in the Politburo are due to be filled at the 18th Party Congress. 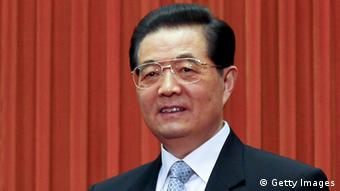 Anyone who wants to become a member of the inner circle is in for a long bargaining process. And the most important forces in the decisive battle are former members of the Politburo who continue to pull strings in retirement. Former head of state Jiang Zemin is an important man behind the scenes, as is former Prime Minister Li Peng. Outgoing President Hu Jintao and Prime Minister Wen Jiabao were themselves cherry picked by Deng Xiaoping, who led China towards a market economy. He died in 1997. 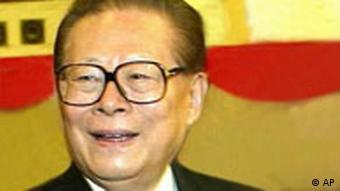 Jiang Zemin is thought to be pulling strings behind the scenes

The bargaining over positions in the Politburo often takes place at the Beidaihe resort on the East China Sea, two hours away from Beijing by fast train. In August, a tough battle was fought out behind the closed doors of discreet beach villas after a spanner was put in the works by the Bo Xilai scandal.

Only at the end of the party congress will it be clear who gets to take their seat next to the probable head of state Xi Jinping and his likely prime minister, Li Keqiang.

The man who revealed China's largest political scandal in decades, former police chief Wang Lijun's two-day trial has come to a close, with party cadres hoping the conspiracy will be swept under the rug with the verdict. (19.09.2012)