A Chinese influencer known as Viya has become the latest celebrity to fall foul of Beijing's crackdown on the entertainment sector. 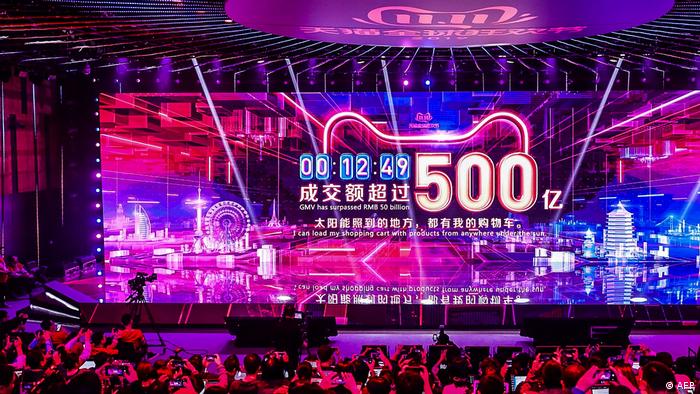 A Chinese inflencer using the username of Viya and known widely in the country as the "queen of livestreaming" has been ordered to pay 1.3 billion yuan (€181 million, $204 million) for tax evasion, authorities said Monday.

It the biggest fine of its kind as Beijing cracks down on tax evasion and so-called immoral behavior in the entertainment sector, on social media platforms and within celebrity culture.

What has Viya been found guilty of?

Tax authorities in the eastern province of Zhejiang said that Viya had "evaded 643 million yuan of taxes through means such as concealing personal income and false declarations of income" between 2019 and 2020.

"A total of 1.341 billion yuan was imposed on Huang Wei in the collection of taxes, additional late fees and fines," the authorities said in an online statement.

Does China have a superior brand of capitalism?

Viya, whose real name is Huang Wei, is one of the most popular e-commerce influencers and has more than 110 million followers on social media.

The 36-year-old has the reputation of being able to sell anything via livestreaming on the Taobao Live platform. Last year, she sold a rocket launch service for 40 million yuan, while during the major shopping event known as Singles' Day, she managed to sell wares to the tune of 8.5 billion yuan in one evening, media reported.

She has expressed remorse for her actions, writing on the social media platform Weibo that she fully accepted "the tax department's relevant punishment decision made against me in accordance with law."

China’s EV giant Nio gets a foothold in Europe

Why is Beijing taking action against celebrities?

Beijing's campaign, launched this year, to bring the entertainment sector to order coincides with President Xi Jinping's "common prosperity" initiative to reduce economic inequality by, among other things, curbing excessive incomes in sectors such as entertainment and technology.

The penalty meted out to Viya comes after the State Taxation Administration in September announced measures to strengthen tax administration in the entertainment sector, including livestreamers.

Two e-commerce livestreaming influencers were reported to be under investigation for personal tax evasion last month and were together fined nearly 100 million yuan.

Viya herself was fined 530,000 yuan in June for violating advertisement laws, after she was accused of promoting counterfeit products.