With the introduction of a radio broadcaster, news agency, TV station and newspaper to the African market, the reach of Chinese media is rapidly expanding. Some say China aims to dominate the African media sector. 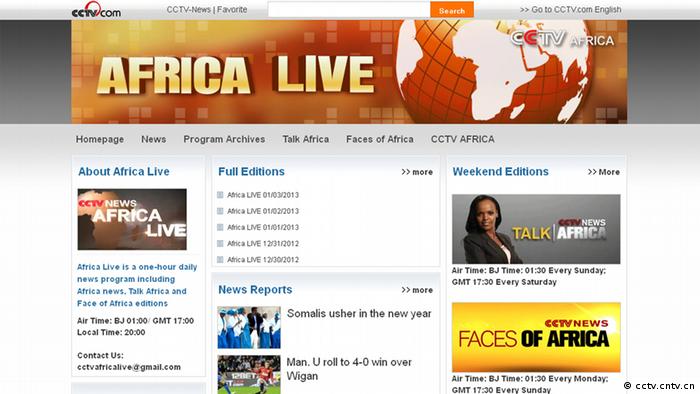 In the first six months of 2012 alone, China invested $45 billion (34 billion euros) in Africa, while Sino-African trade has tripled in the last three years. Now, the Asian giant is seeking to make a name for itself in the African media sector by investing in modern technologies and giving scholarships to African journalists to work in China.

Mary Harper, author and Africa expert with the BBC, said China's growing influence in the media sector is a "natural progression."

"If you look at China in the past few years, it looks at Africa as a giant resource and it's now Africa's biggest trading partner - it's replaced the West," she told DW. 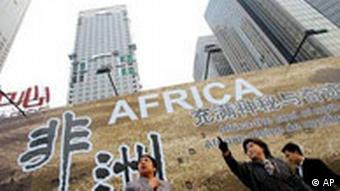 At the beginning of 2012, China started up the English-language channel CCTV Africa. In addition to magazines, talk shows and documentaries, the TV station produces an Internet TV magazine for mobile phone users. Soon, it will send 100 Chinese correspondents to work in Africa.

In addition, the Chinese news agency Xinhua and a Kenyan mobile network operator are set to offer the first-ever mobile news service for sub-Saharan Africa.

But why is China becoming so active in the African media sector now?

Because of its economic interests in Africa, "China has been receiving some fairly bad press from the West. It wants to explain to African society what it is doing there," Harper explained. "And I think it also wants to portray China in a way that's different from mainly Western-dominated media influences in Africa."

With regard to print media, China is also getting in on a market dominated by the West. The weekly magazine China Daily - Africa Weekly has been offered on publishing stands in the Kenyan capital Nairobi for just over a year now. Nairobi is the hub for East African media and Chinese media companies already have offices located there, for instance, state-run international broadcaster China Radio International, which broadcasts programs in over 50 foreign languages. The broadcaster has been in Kenya for seven years and what it does there was explained by one employee, who wished to remain anonymous, as China Radio journalists are not allowed to speak to Western media. 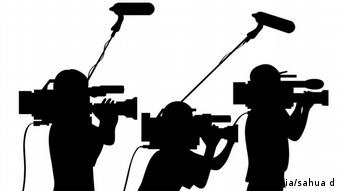 "We write stories in English and then we translate them into Swahili," he told DW. "At the moment, we do not transmit our stories live from Nairobi but we send them to Beijing, where our headquarters are. That is where they broadcast our stories."

He added that there was also close cooperation with Beijing regarding journalistic training and education on Chinese policies.

He said the censorship of stories was another obstacle. "We don't cover stories that are negative. But you see, in journalism, you have to report things as they are. Most of the time, things don't happen as you'd like them to happen. Positive stories don't always happen … we are very selective in our reporting."

He explained that the Chinese broadcaster wished to appeal to African listeners by only reporting on the positive sides of Africa. This was no cause for concern for Harper, who welcomed the fact that the Chinese competition was bringing fresh wind into the African media sector. 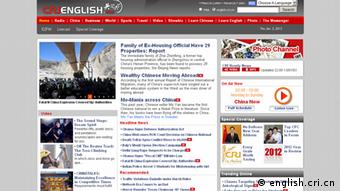 "The future will probably be won by lots of international and also African media operations because there's much more money in Africa than there was before. African media is becoming ever more sophisticated and well-resourced. So I think you're just going to have a more crowded environment but one where perhaps no one is dominant."

But there is a negative aspect to China's participation in African's media. In Ethiopia, for example, the Chinese helped finance a surveillance system. Since then, media outlets critical of the government have been regularly watched and censored. And an increasing number of journalists - ones critical of the system - are being sent to jail - a practice with which China is very familiar.

A new report by Reporters Without Borders reveals the bleak dangers that journalists are faced with in their daily work. With 141 people killed, 2012 has been one of the worst years for press freedom in a long time. (19.12.2012)

Two years ago, the Nobel Peace Prize was awarded to the Chinese author Liu Xiaobo. Activists and rights organizations have not seen any improvements in the country's rights situation since then. (10.12.2012)