China denies US allegations of cyber espionage | World| Breaking news and perspectives from around the globe | DW | 08.05.2013

For the first time, Washington has directly accused Beijing of conducting cyber espionage against the Pentagon. The attacks were allegedly aimed at gathering intelligence on US defense programs. 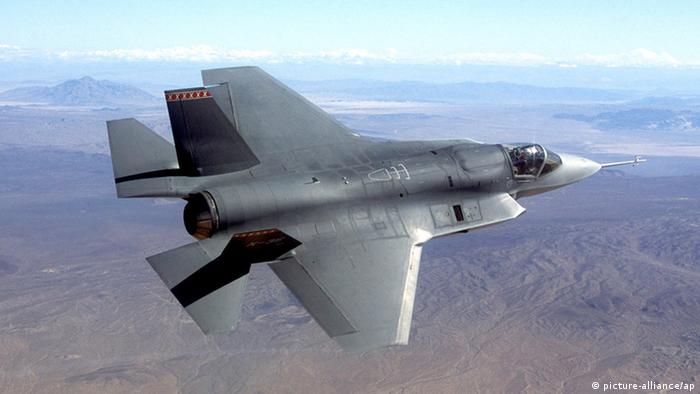 Beijing has denied US allegations that the Chinese military was conducting cyber espionage against the Pentagon, claiming instead that Washington was trying to sensationalize China's military buildup as a national security threat.

"The Chinese government and armed forces have never sanctioned hacking activities," Senior Colonel Wang Xinjun, a researcher at the Academy of Military Sciences in Beijing, told the official Xinhau news agency. The academy is a high-level research institute affiliated with the People's Liberation Army (PLA).

In its annual report on China's ongoing military buildup, the US Defense Department had claimed on Monday that some recent breaches of American government-owned computer networks were "attributable directly to the Chinese government and military."

"These intrusions were focused on exfiltrating information," The Pentagon said in its report. "China is using its computer network exploitation (CNE) capability to support intelligence collection against the U.S. diplomatic, economic, and defense industrial base sectors that support US national defense programs."

China's Foreign Ministry, for its part, called the US allegations of cyber espionage "irresponsible," saying that China's defense buildup was "legitimate and normal."

Last February, the American private security firm Mandiant published a report claiming to document a campaign of cyber attacks conducted by a unit of the PLA, known as Unit 61398. Mandiant said that it had tracked attacks against at least 141companies and organizations back to the military unit in Shanghai. The attacks targeted some 115 US organizations. 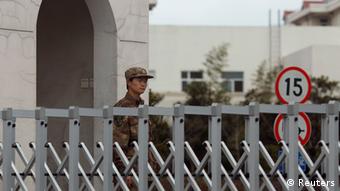 Mandiant traced Unit 61398's location to this building in Shanghai

According to Adam Segal, an expert on Chinese security and foreign policy, cyber espionage is part of Beijing's overarching goal of becoming what it calls "a comprehensive national power." That means expanding China's military capabilities, and above all developing its economic potential. Hacking US companies for commercial secrets could help give Beijing that competitive edge.

"It's part of China's efforts to move the economy from 'made in China' to 'innovated in China' - to move China up the value chain," Segal, with the Council on Foreign Relations, told DW.

Incidents of cyber infiltration allegedly committed by Chinese actors have occurred at Google, General Motors and Lockheed Martin, among other US companies. Lockheed Martin is the lead contractor on the Pentagon's F-35 stealth fighter project.

There have been reports for years that Chinese cyber spies managed to copy data related to the design of the F-35. In congressional testimony last April, Air Force Lieutenant General Charles Davis said that Beijing may have used copied data from the F-35 to develop its own J-31 stealth fighter.

Strategic deterrent against US

Beyond industrial espionage, Beijing is using cyber espionage to pursue its other core national interests, according to Michael Swaine, with the Carnegie Endowment for International Peace. Those interests include backing up China's disputed territorial claims over Taiwan as well as in the South China and East China Seas.

"It can also be used as a way of engaging in a kind of asymmetrical warfare in the event that a severe crisis or conflict emerges over Taiwan, where the Chinese would see cyber warfare as an element of an overall effort to deter the US from intervening," Swaine, an expert on China and East Asia security, told DW. 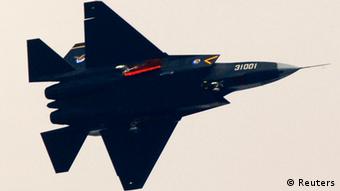 With Chinese defense spending increasing by 10 percent annually, Washington may also be engaging in cyber espionage to gain a better idea of what, exactly, China's intentions are as it builds up its military.

"The US has not been particularly forthcoming about its offensive operations," Segal said. "I don't have any reason to believe that the US does not conduct espionage against China - in fact I'm fairly certain that we do."

"The point the United States makes is that the cyber espionage we conduct is against political and military targets, and that we don't conduct cyber industrial espionage," he said. "We don't steal secrets for US companies."

Alarmed by the pervasiveness of cyber hacking, the German business community and the government have been spurred into action. But the threats evolve constantly and hackers are becoming increasingly malicious. (08.03.2013)

A US report on alleged recent Chinese hacking attacks on US targets marks a turning point in the cyber war. Never before has cyber espionage aimed at the US been publicly documented and politicized so thoroughly. (01.03.2013)