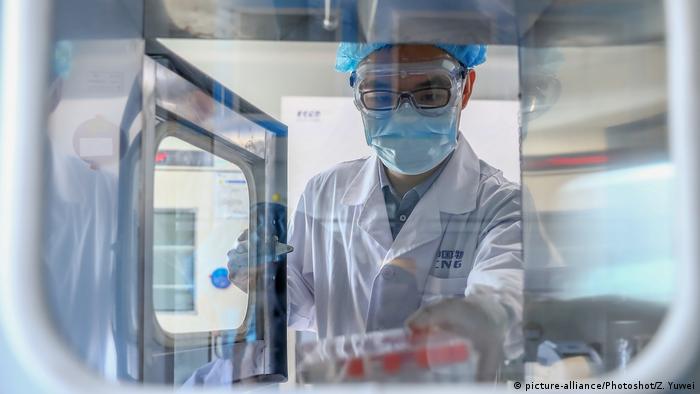 Beijing passed a new law on Saturday to protect whistleblowers who disclose information about public health emergencies as part of wider efforts to improve its handling of disease outbreaks.

Chinese lawmakers said it also hopes that the new biosecurity law fixes systemic flaws such as those that hampered China's initial response to the coronavirus outbreak.

The new law, which takes effect from April 15 next year, calls on citizens to report "acts that endanger biosecurity."

"Any work unit or individual has the right to report acts that endanger biosecurity," the regulation states.

"When a report is required according to the law, no work unit or individual shall conceal [it] ... or hinder others from making a report," the law adds, referring to infectious diseases and epidemics.

Tourism and the virus in China

Under the new biosecurity law, anyone who conceals information, fails to file reports or prevents others from reporting infectious diseases could be given warnings or suspended.

In the case of an emergency, health workers can under the new legislation report health risks directly to the local government and would not be punished if information turned out to be false.

The law also calls for the tracing of outbreak origins as well as the development of systems to regularly monitor biosafety risks.

In September, the Beijing city government said it would give rewards to health workers who disclose important information about any looming health emergencies, and said it would guarantee that their safety and legal rights are protected.

The new biosecurity law follows months of criticism over China's initial response to the coronavirus outbreak and international accusations of an early cover-up in Wuhan.

Provincial authorities were criticized for delays in announcing the public health emergency as well as for their perceived incompetence.

The death of doctor and whistleblower Li Wenliang of COVID-19 in February after alerting colleagues of the virus triggered nationwide frustration over Beijing's handling of the outbreak, prompting China to step up efforts in cleaning up both its domestic and international image.

In February, President Xi Jinping urged lawmakers to speed up establishing the new law, calling for reforms of mechanisms to prevent major outbreaks.

As Beijing faces a new coronavirus outbreak, a book by Chinese author Fang Fang gains in relevance. She chronicled her life during the Wuhan lockdown, issuing praise for front-line workers and criticism for authorities.