Chinese authorities have ruled that those found guilty of high-sum embezzlement or bribe-taking could now face execution. The move is part of China's anti-corruption campaign, but the punishment will not be mandatory. 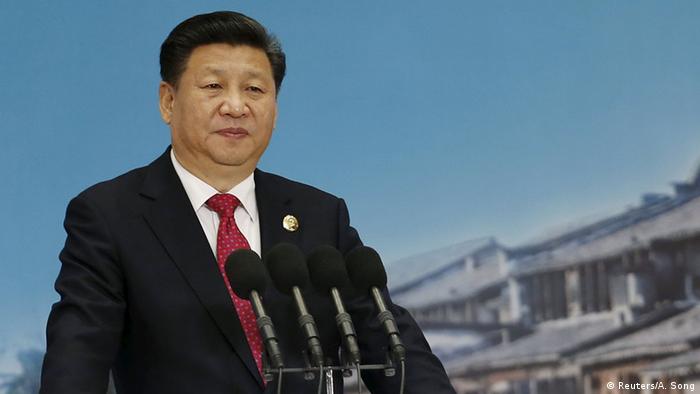 Officials who are found guilty of such "extremely serious cases" will be eligible for the penalty if their actions "caused extremely vile social impact and extremely significant losses to the state's and the people's interests," China's Xinhua news agency cited their joint "judicial explanation" as saying.

The courts intended to punish corruption "with severity according to the law," but will dole out the death sentences "in a resolute manner," reported Xinhua. They added that capital punishment will be an option for China's party-controlled courts, but will not be mandatory for each "extreme" case.

Three years ago, President Xi Jinping launched a highly publicized anti-corruption campaign to purge high-ranking "tiger" officials as well as low-level "flies." The campaign surprised analysts by striking at a more senior level than expected, but no Communist Party officials have been reportedly executed for graft since Xi took office.

The crackdown swept up numerous senior officials in the party, government and military, as well as state-owned companies. Former security chief Zhou Yongkang was convicted of bribery, abuse of power and leaking state secrets. He was, however, sentenced to life imprisonment.

Suspended death sentences which are commuted to a life term have already been handed out in several severe cases.

Monday's ruling also expanded the definition of bribery for government officials, including debt forgiveness and receiving gifts even without a specific request at the time.

Amnesty: Alarming surge in executions across the world

A new report by Amnesty International documents that governments executed more people last year than at any point in the past 25 years. What's the reason behind the surge in the death penalty across the globe? (06.04.2016)

Opinion: The death penalty is past its kill-by date

The number of countries that no longer apply the death penalty continues to grow. Yet the global execution count is also on the rise. That is primarily the fault of four countries, DW's Matthias von Hein writes. (10.04.2016)

Two men were executed over drug trafficking charges as pressure from human rights activists around the world mounts on Singapore to ditch the death penalty.

The application of the death penalty rose in 2021, Amnesty International has reported. However, there were signs of a move away from capital punishment in many countries.