Billionaire Jack Ma had not been seen in public since he slammed China's financial regulatory system in a speech at a Shanghai forum in October. 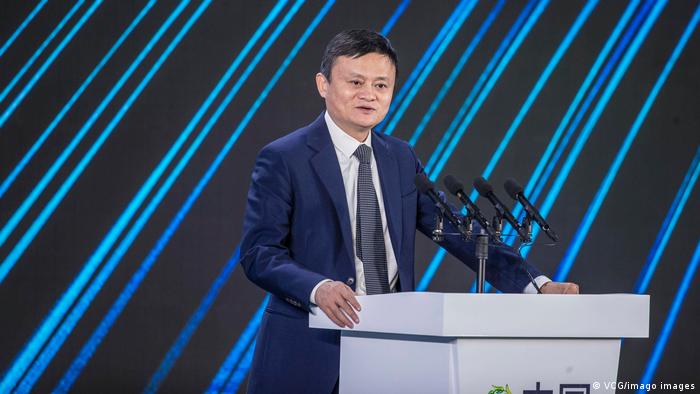 Jack Ma, the founder of China's largest e-commerce company Alibaba, on Wednesday made his first public appearance since October when he spoke to a group of teachers online.

The Jack Ma Foundation said in a statement Wednesday, "Jack Ma participated in the online ceremony of the annual Rural Teacher Initiative event on January 20.''

In a 50-second video, Ma congratulated teachers supported by his foundation. China's highest-profile entrepreneur, however, made no mention of his disappearance from public or the government's efforts to tighten control over his companies.

Speculations over Ma's unusual absence were rife in the wake of news this month that the Alibaba founder was replaced as a judge in a reality TV show.

The billionaire, who is widely respected in China, had not appeared in public since October 24, when he blasted China's financial regulatory system in a speech at a forum in Shanghai. The criticism upset the country's authorities who suspended the planned multibillion-dollar stock market debut of Ant Group, a financial platform that grew out of Alibaba's payments service, Alipay.

Alibaba's Hong Kong-listed shares jumped over 10% on the news of Ma's reappearance.

"Jack Ma's reappearance has given investors peace of mind after a lot of rumors, allowing them to pile into the stock which had been a laggard in the market," Steven Leung, sales director at brokerage UOB Kay Hian in Hong Kong, told Reuters news agency.

Ant's meteoric rise and dominant role in China's financial landscape has caught the attention of Chinese regulators, who have tried to slow the pace of change.

The current scrutiny of Ant Group and Alibaba comes as China closely examines the influence of the country's internet sector.

In November, China released draft regulations to clamp down on anti-competitive practices in the industry, such as signing exclusive agreements with merchants and the use of subsidies to squeeze out competitors. The country's central bank said it had asked Ant Group to shake up its lending and other consumer finance operations, dealing a blow to Ma.

In his October speech, Ma criticized state regulators for having an antique "pawnshop mentality" that was hampering innovation. He urged them to provide easier access to capital for entrepreneurs and young people.

Ma, a ruling Communist Party member, stepped down as Alibaba chairman in 2019. China's richest man, who boasts a net worth of nearly $40 billion, said he would use his retirement to focus on his philanthropic work, mainly around education. He remains on Alibaba's board of directors and serves as a mentor to the company's new management.