Chilean authorities have declared the archive of the notorious Colonia Dignidad cult to be part of its "national heritage. " The German-led community had cooperated with the Pinochet regime. 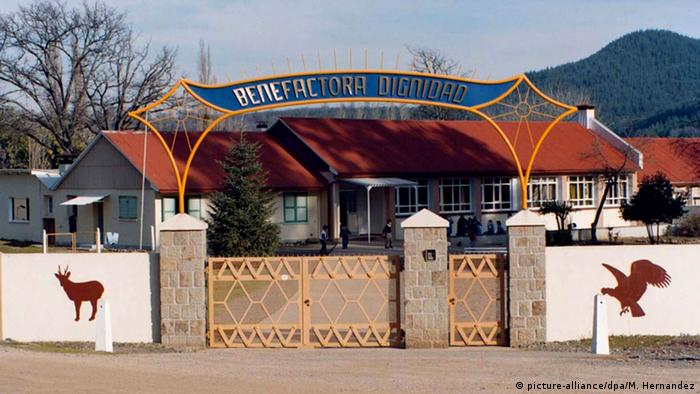 Colonia Dignidad's documents spelling out the torture and other abuses that happened in the cult are important in investigating crimes of the Chilean military dictatorship, the National Monuments Council said while announcing its decision to preserve the archive.

The closed, cult-like community was set up in 1961 by former Nazi and convicted pedophile Paul Schäfer, ushering his decades-long rule over hundreds of mostly German expats. Schäfer and other cult members molested children and prevented adults from leaving the estate in central Chile.

After General Augusto Pinochet took power in Chile in 1973, the cult leadership started cooperating with the regime and offering their premises as a torture camp and a warehouse for weapons and poison gas.

Chile returned to democracy with Pinochet stepping down in 1990, leading to a public shift on the status of the German enclave. Schäfer was forced to flee the country in 1997, but was arrested in 2005 and died in prison in 2010.

Activists in Chile welcomed the decision to proclaim Colonia's extensive archive "national heritage." Margarita Romero, head of Association for Memory and Human Rights in Colonia Dignidad, called the decision a "milestone" in dealing with the past.

"Protecting the documents will undoubtedly open doors towards truth, justice and remembrance of crimes against humanity committed by Colonia Dignidad and the Chilean military dictatorship," she added.

Earlier this year, the German Foreign Ministry made its documents on the cult between 1986 and 1996 available to the public. Berlin's top diplomat, Frank-Walter Steinmeier, stated on this occasion that Germany's representatives had done too little to help the victims.

Hopp fled to Germany from Chile in 2011, after a court in the South American country found him guilty of 16 counts of aiding child abuse. As a German citizen, he is protected from extradition.

Earlier this month, prosecutors in Krefeld called for a German court to uphold Hopp's five-year sentence handed down by the Chilean court, saying the proceedings had corresponded with German judiciary standards. The court is due to announce its decision in the coming weeks.

The story of Colonia Dignidad was made into a movie staring Daniel Brühl and Ema Watson last year.

German prosecutors have asked a court to enforce a verdict from Chile and send fugitive Hartmut Hopp to jail. Hopp was among the top members of the Colonia Dignidad cult, and allegedly aided the sexual abuse of children. (07.06.2016)