In a trip meant to mend the wounds of abuse in Chile, Pope Francis has defended a bishop accused of covering up sexual abuse and allowing it to continue. He said man is innocent until proven guilty. 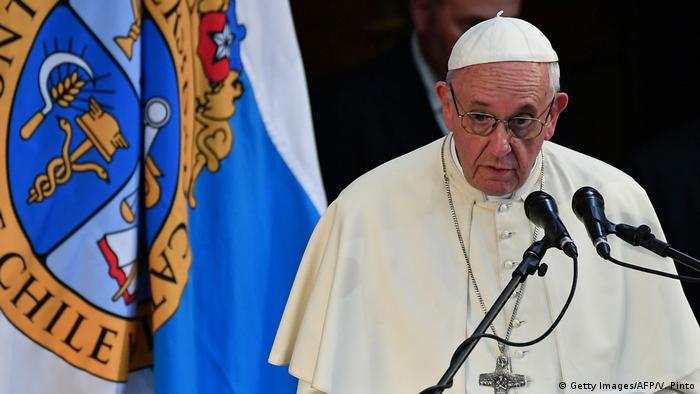 Pope Francis had hoped to help repair the wounds of decades of sexual abuse in the church during his trip to South America this week, but his parting comments in Chile have left Catholics there stunned.

Victims have accused a local bishop of covering up the crimes of Chile's most notorious child abuser and allowing them to continue.

But on Thursday, Pope Francis criticized the allegations against the bishop, saying they amounted to "slander" due to lack of evidence.

'Not one shred of proof'

"As if I could have taken a selfie or a photo while Karadima abused me and others and Juan Barros stood by watching it all," tweeted Barros' most vocal accuser, Juan Carlos Cruz. "These people are truly crazy, and the pontiff talks about atonement to the victims. Nothing has changed, and his plea for forgiveness is empty."

Juan Carlos Claret, spokesman for a campaign against Barros, questioned Francis's reaction when the Vatican was so convinced of their claims that it planned to remove him in 2014.

Patricio Navia, political science professor at Diego Portales University in Santiago, said Chileans appreciated that Francis had gone much further than Chilean bishops in acknowledging sexual abuse, but his apparent U-turn on Barros would erase any good will.

Anne Barrett Doyle, of the online database BishopAccountability.org, said in that statement Francis "has just turned back the clock to the darkest days of this crisis." "Who knows how many victims now will decide to stay hidden, for fear they will not be believed?" 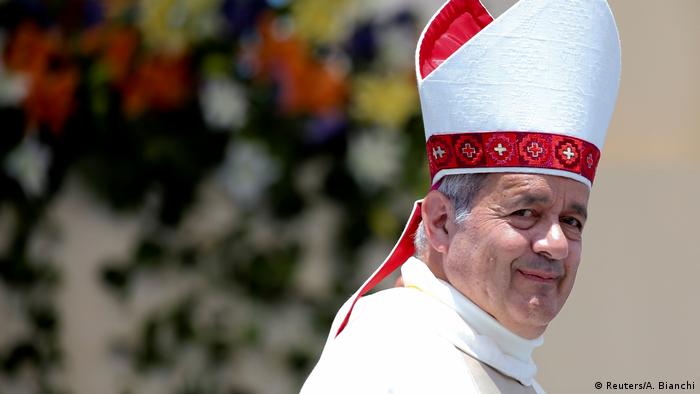 Who is Fernando Karadima? Karadima is a Chilean priest who was accused of sexually abusing children from the 1980s to the 2000s in the upperclass parish he ran in El Bosque. The Vatican sentenced him in 2011 to a lifetime of "penance and prayer" for his crimes after a Chilean court ran into statute of limitations problems.

What was Juan Barros accused of? Victims accused Barros, a protege of Karadima, of covering up the abuse and allowing it to continue despite allegedly witnessing it first hand.

Why is the focus on Barros? In 2015 Francis named Barros as bishop of the southern diocese of Osorno, outraging Chileans and badly dividing the Osorno diocese. Campaigners have used Francis' South American visit to rekindle their complaints against him.