The jury recommended James Alex Fields Jr. spend life behind bars for driving his car into counterprotesters at a white nationalist rally. One woman was killed and 19 others were injured in the attack last year. 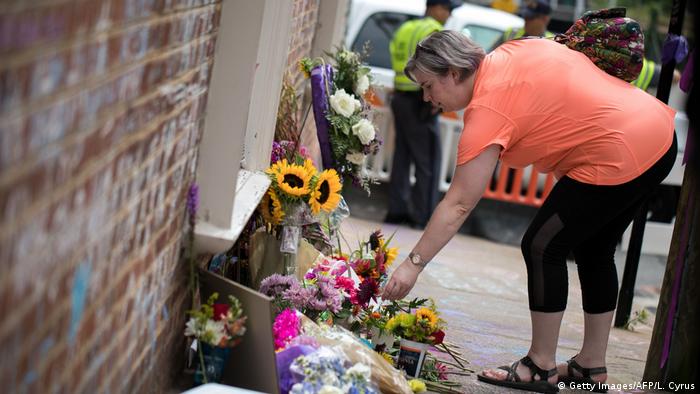 A jury in the US state of Virginia recommended a life sentence plus an additional 419 years on Tuesday for the man who carried out a deadly car attack on people protesting a white nationalist rally in Charlottesville last year.

Fields rammed his car into a group of counterprotesters at the "Unite the Right" rally in Charlottesville on August 12, 2017.

Heather Heyer, a 32-year-old paralegal, died in the attack while 19 others were wounded.

Wednesday Bowie, a woman who suffered a broken pelvis and other physical injuries, told the jury that she has also been hospitalized for post-traumatic stress disorder several times since the attack.

"Please know that the world is not a safe place with Mr. Fields in it," she said.

The judge in the trial is due to hand down a formal sentence on March 29. Under Virginia law, judges may impose a lower sentence than what is recommended by the jury, but cannot increase the sentence.

Members of the seven-woman, five-man jury heard testimony from the victims as well as watched videos of Fields taking part in anti-Semitic, racist and homophobic chants at the "Unite the Right" rally.

Fields drove from his hometown in Maumee, Ohio to support the white nationalist rally — which was organized in part to protest the removal of a statue of Robert E. Lee, who was the top general of the Confederacy during in the US Civil War.

His defense attorneys argued that Fields suffered from mental health issues, and was diagnosed with bipolar disorder at a young age, followed by a diagnosis of schizoid personality disorder. 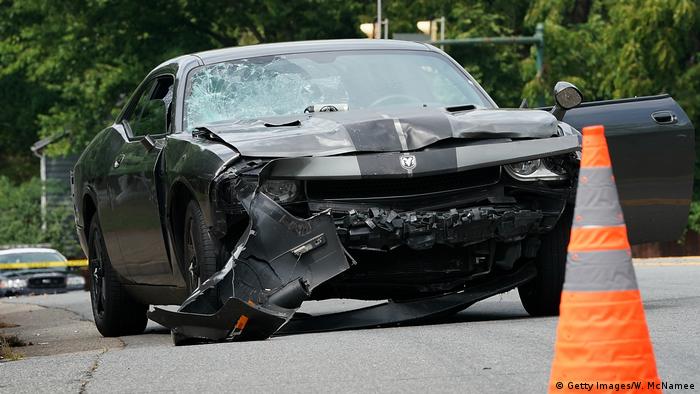 Fields slammed his car into counterprotesters in August 2017, killing one and injuring dozens more

Prosecutors argued that it was a premeditated attack — showing the jury a text Fields sent to his mother before leaving for the rally after she'd asked him to be careful.

"We're not the one (sic) who need to be careful," he told his mother, sending a picture of Nazi leader Adolf Hitler.

The attack sparked outrage in the United States, with President Donald Trump inflaming tensions further when he said that "both sides" were to blame.

The comment was viewed by many as a refusal to condemn racism by the US leader.

Charlottesville: Between defiance and new hope

A year ago, a right-wing extremist march in Charlottesville ended in deadly violence. The US city is still struggling to find the right way to deal with the events. Alexandra von Nahmen reports from Charlottesville. (11.08.2018)

The four Californians traveled last year to the neo-Nazi rally in Virgina, where they violently attacked counterprotesters. The men are members of the anti-Semitic Rise Above Movement, which trains in violent fighting. (03.10.2018)