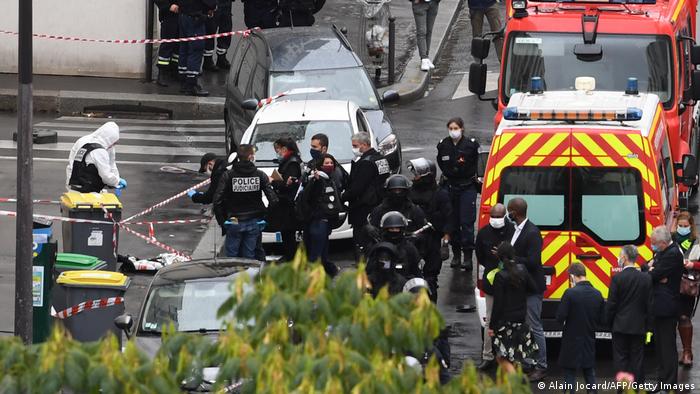 An 18-year-old man believed to have wounded two people with a meat cleaver outside the former Paris headquarters of satirical magazine Charlie Hebdo has confessed to the attack, according to French media reports on Saturday.

The suspect "takes responsibility for his actions which he places in the context of the republication of cartoons" of the Prophet Muhammad, one source was quoted by the Agence France-Presse news agency as saying.

The attack on Friday took place in front of the building where Islamist militants gunned down 12 of the magazine's staff in January 2015 over the publication of Muhammad cartoons. It also came as 14 alleged accomplices in that attack stand trial in the French capital.

The weekly newspaper, which moved to a secret location after the 2015 massacre, is known for poking fun at religious figures. It republished the controversial caricatures of the Prophet Muhammad ahead of this month's trial, angering many in the Muslim world and drawing threats from militant group al-Qaida.

Seven people, including the alleged knife attacker, remained in police custody on Saturday. One suspected accomplice was released earlier in the day, while another person believed to be the suspected attacker's former roommate was arrested.

Authorities said the man believed to have carried out the attack is a teenager from Pakistan who arrived in France three years ago as an unaccompanied minor. He was detained not far from the scene on Friday.

French Interior Minister Gerald Darmanin said the suspect had also been arrested a month ago for carrying a screwdriver but was not on the police radar for Islamic radicalization. 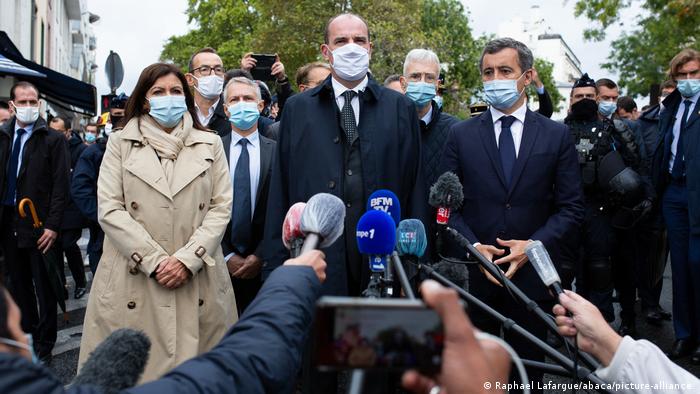 The building in Paris' 11th district that once was home to Charlie Hebdo now houses a documentary production company.

Two of the company's employees — a man and a woman who had stepped outside to smoke — were critically injured in the knife attack.

"The attack was incredibly violent," Luc Hermann, one of the bosses of the production company, told broadcaster Franceinfo. He that the staff members were still in hospital after sustaining face injuries, but that their condition was "reassuring."

Prime Minister Jean Castex visited Paris police headquarters on Saturday, vowing stronger action against terrorism so that "the enemies of the republic will not win.''