Wolfsburg have qualified for the Last 16 for the first time as they dumped Manchester United out of the competition. Borussia Mönchengladbach conceded three late goals and are out of European competition. 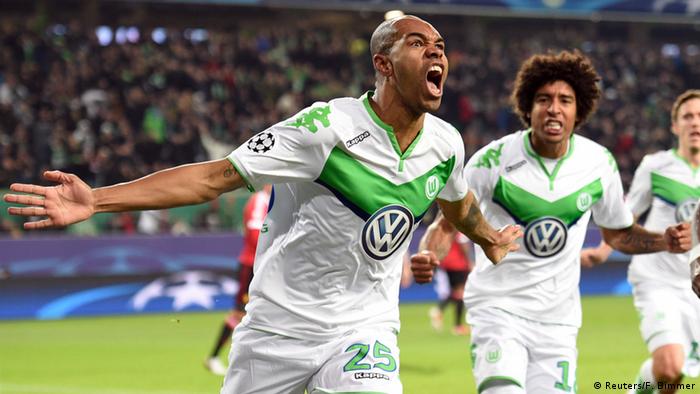 Wolfsburg have qualified for the knockout stages of the Champions League for the first time after a 3-2 win over Manchester United at the Volkswagen Arena.

Dieter Hecking's men came from behind after Anthony Martial had opened the scoring, but replied with strikes from Naldo and Vieirinha to secure the win. Naldo grabbed the winner at the end to send Louis van Gaal's United out of the group stages with PSV Eindhoven winning against CSKA Moscow at home.

It had all started so well for the Red Devils. On 10 minutes, a delightful through ball from Juan Mata sent Martial clear and the French center-forward slotted past Diego Benaglio. But Wolfsburg equalized three minutes later when Ricardo Rodriguez's free kick was cushioned into the net by Brazilian defender Naldo.

With technically sound players such as Julian Draxler and Max Kruse in attack, Wolfsburg are suited to a possession-based game in Europe. The winner on 29 minutes was all that work in a microcosm. Draxler started the move, linking cleverly with Kruse before sliding the ball inside for Vieirinha who tucked into the empty net.

Draxler should put the game beyond doubt on 39 minutes, but despite his good anticipation of numerous sliding challenges, he shot straight at David de Gea. United were left frustrated on the stroke of half time when the officials ruled out a goal after Mata was adjudged to be in an offside position.

Despite United's dominance in the second period, Van Gaal's men came up short in attack. Benaglio made two important interventions on the hour mark to prevent either Mata or Memphis Depay from scoring. Yet it was Wolfsburg's Guilavogui who put United back in contention, heading past his own goalie on 82 minutes.

But the Wolves responded less than a minute later with Naldo heading in his second, his first third career Champions League goal, to book a place in the Last 16. United's elimination from the group phase is the fourth time that the Red Devils have gone out at this stage. 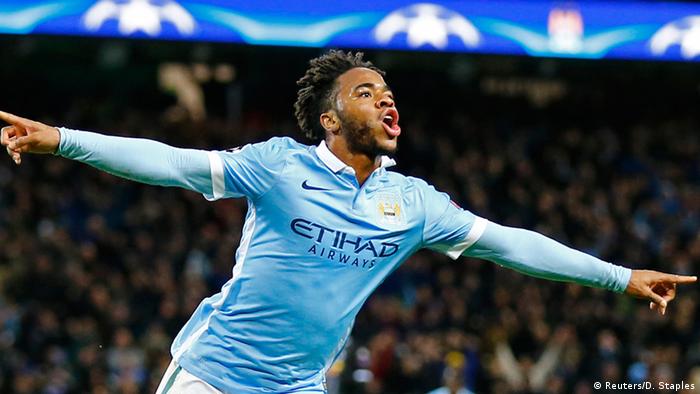 Raheem Sterling scored a late double as Borussia Mönchengladbach were knocked out of Europe for the season. Manchester City punished a late collapse in Gladbach's ranks with three goals in the last 11 minutes to turn the game around with the Foals leading 2-1 and set for a third-place finish in the group.

The Citizens stormed ahead with a great goal from David Silva on 16 minutes, the Spanish attacking-midfielder firing home from a tight angle. Gladbach were level within a minute when right-back-turned-right-winger Julian Korb thumped home a well-taken finish.

With more than 60 per cent possession, the Foals turned that dominance into goals with Raffael putting the visitors ahead at the break. City started the half strongly and forced Yann Sommer into successive saves from close range as the Bundesliga side appeared to run out of gas.

The English side took full advantage in the last quarter of an hour with two excellent goals from Raheem Sterling. Substitute Jesus Navas provided the first, drawing the ball back for Sterling on 79 minutes before the former Liverpool ace curled home two minutes later.

Wilfrield Bony wrapped up the win for Manuel Pellegrini's men who progress from the group as winners with 12 points from six matches.