Borussia Dortmund's emphatic win over Legia Warsaw was the story of the day, but it wasn't so positive for Leverkusen who failed to beat CSKA. Get all the results in our roundup. 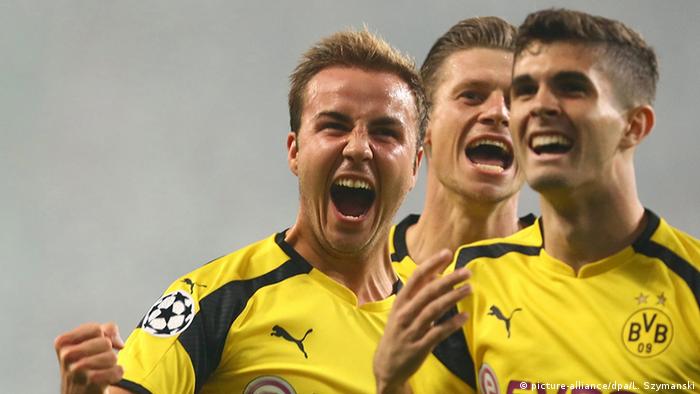 Borussia Dortmund raced into a three-goal lead inside 17 minutes as the Yellow-and-Blacks marked their return to the Champions League with a 6-0 win over Polish champions Legia Warsaw.

Thomas Tuchel's side played with verve and zip throughout, dominating their opponents who were making their first appearance in the group phase for more than two decades. Mario Götze opened the scoring with an uncharacteristic headed goal after seven minutes.

It was soon clear that Warsaw were outclassed, with Dortmund bagging the points inside the next 10 minutes. Sokratis scored from a set piece after 15 minutes, while Marc Bartra bundled over the goal line two minutes later.

Starting for the first time in the center of midfield, Raphael Guerreiro was impressive. The 22-year-old opened his account in European football, sliding the ball into the corner with a neat left-footed finish on 51 minutes. Götze and Dembele were withdrawn after 75 minutes and substitute Gonzalo Castro made a quick impact, tapping home a Christian Pulisic cross one minute later.

Dortmund's biggest away win in Europe was complete when Pierre-Emerick Aubameyang joined in on the act. The Gabon striker charged halfway down the pitch, before rounding the keeper and scoring. After a modest test in Poland, the Yellow-and-Blacks will meet Real Madrid on Matchday 2. 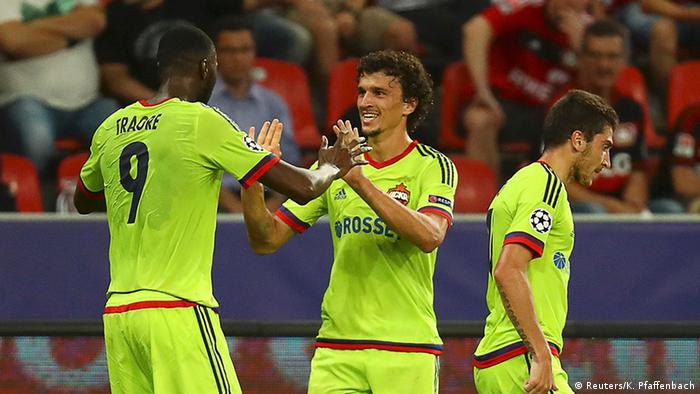 Bayer Leverkusen threw away a 2-0 lead to draw 2-2 with CSKA Moscow at the BayArena.

Admir Mehmedi opened the scoring for Leverkusen, despite a hint of offside, and Hakan Calhanoglu doubled the hosts lead with a superb strike.

With Leverkusen 2-0 up inside 15 minutes, it was shaping up to be an easy night's work for Roger Schmidt's side - but disaster struck before the break. 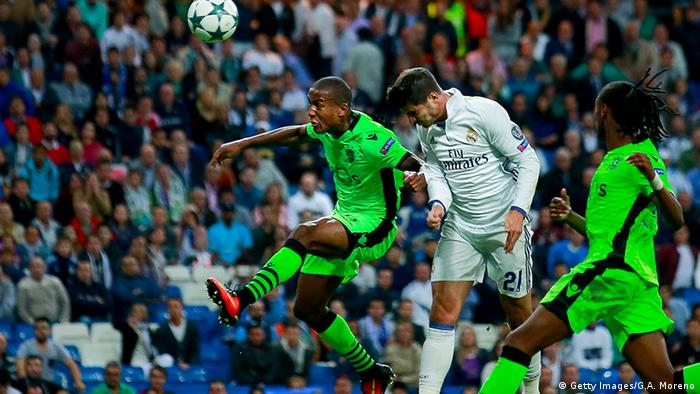 Defending champions Real Madrid fought back at the death for a 2-1 victory against spirited Sporting Lisbon.

Champions League: As it happened

The build up to RB Leipzig's home Bundesliga debut was dominated by off-the-pitch concerns but, on Saturday, the fans joined the players in proving they belong. Of course, not everyone agrees, writes DW's Matt Pearson. (10.09.2016)